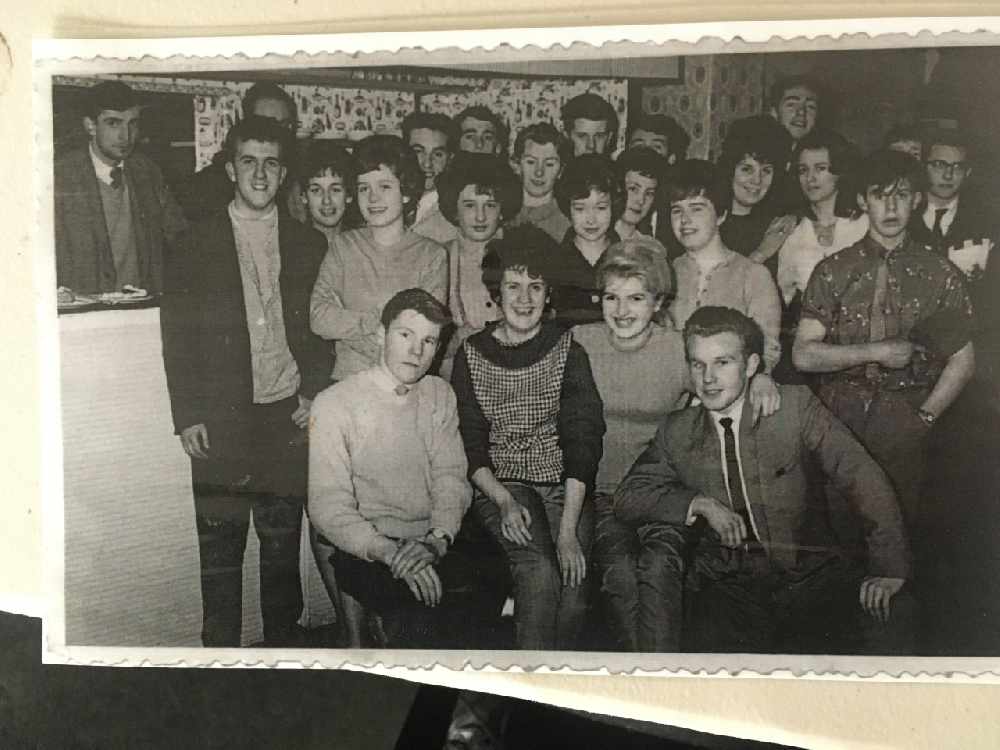 A throw-back to the days when almost every community had a youth club.

It was a place for ping pong, record players, coffee and companionship.

Some of the bigger clubs had football teams.

The Blue Zephrys Youth Club, which was named after a successful Glossop skiffle group of the late-1950s or early 1960s, was based at what is now called the Grape Vine on Charlestown Road.

It was one of the very few youth clubs that had a full-sized snooker table.

It was run by Liverpudlian Dennis Rose, who had a barber’s shop at the nearby junction with York Terrace.

GUESS WHO: Members of Blue Zephyrs Youth  Club pictured in their club room in Charlestown Road, Glossop, around 1960/1970 with club leader Dennis Rose in the alcove. How many can you recognise?