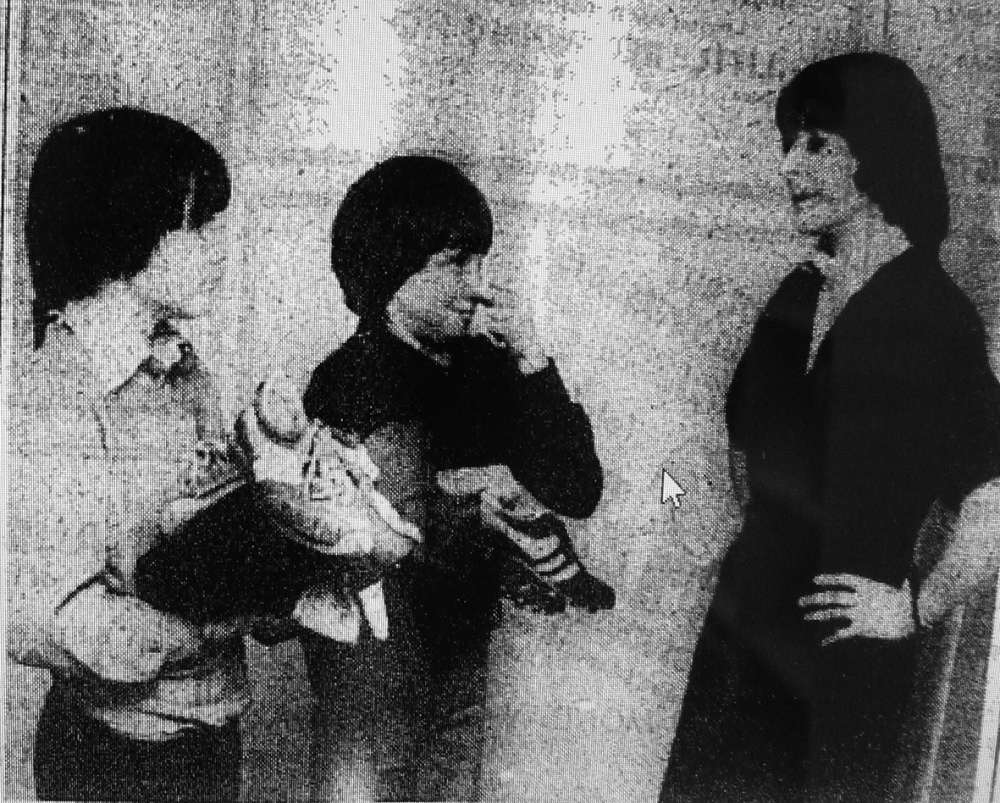 Mark (left) and Jonathan hand over their dirty strip to an obviously not very pleased mum.

Two football-mad brothers called the Chronicle after their kick-about started to get dirty.

Mark and Jonathan Wells were not complaining about a match riddled with fouls.

The dirt was the dog mess that covered the playing field on Newshaw Lane.

It resulted in the boys, aged 14 and 12, arriving back home at Fernlea Close rather smelly.

Writing to the Chronicle in January 1981, the boys said: “We were disgusted at the state of the field because of the dog muck.

“It should be fenced off (to keep dog walkers off).”

She told our reporter: “I get the end product and it isn’t very pleasant.”

A mile or so away in Glossop, residents of Princess Street and Tredcroft Street had sent a petition to High Peak Borough Council complaining about dog fouling on pavements outside their homes.

They were demanding that the council bring out a by-law which would punish dog owners who allowed their pets to foul the streets - and open spaces such as football fields.

Council chief executive Glynn D Jones sounded supportive, but said any by-law warning owners would only work if people report instances of dog fouling. They might also need to stand up in court and give evidence in any prosecution case.

So it looked like more wash-day blues in the Wells home.