Nostalgia: A night at the pictures in Glossop 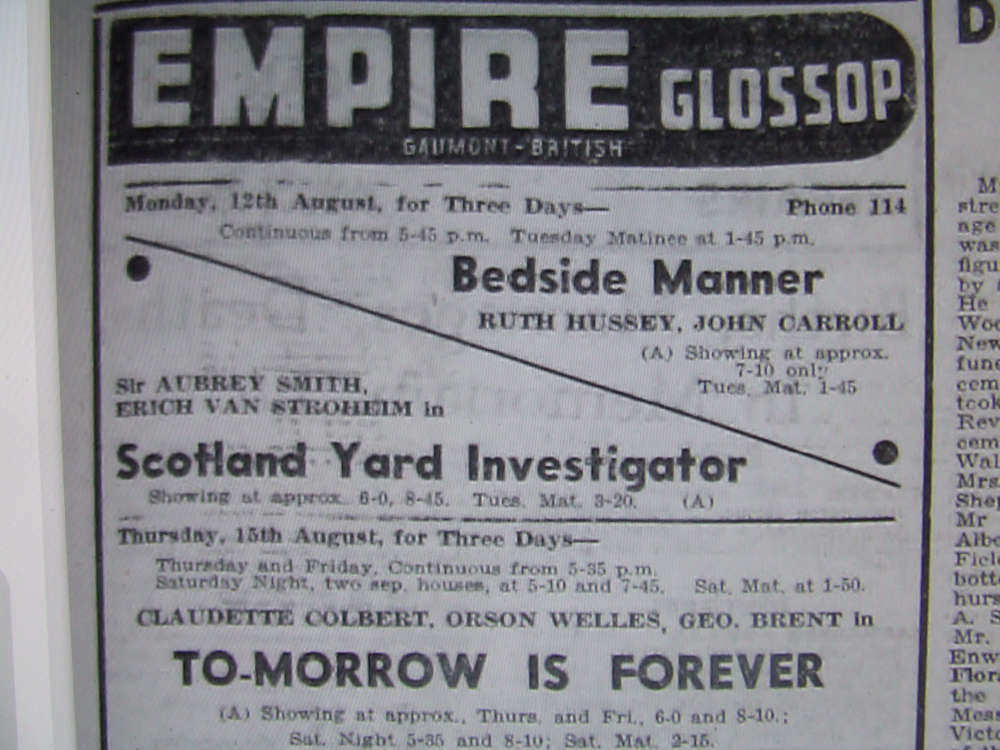 Glossop Empire was the busiest entertainment venue in town in the 1940s and 50s, with people flocking to a 'night at the pictures'.

The cinema in High Street West changed its programme twice a week, but a council ruling decreed there were no shows on Sunday.

It was an era where the so-called picture palaces were all  in easy reach, with the Picturedrome in Hadfield and the Savoy on Mottram Moor.

While a short ride on the numbers 125 and 6 buses would take film fans to cinemas in Hyde, Stalybridge, Ashton and Denton.

Sadly many of the cinemas were eventually to close down in the decades following as television and home entertainment saw audiences declining.