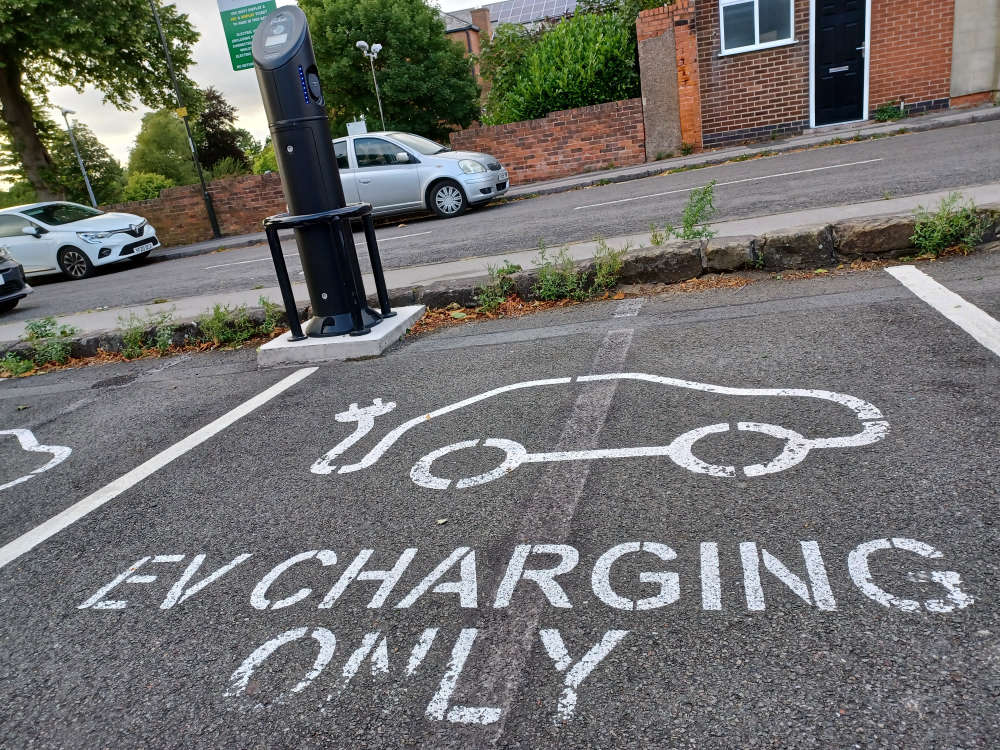 Publicly-owned electric vehicle charging points in Derbyshire are only being used 12 per cent of the time – on average – leaders have been told.

A meeting of Derbyshire council leaders and executives at County Hall on Monday (25 July) was told that demand for electric vehicles is surging drastically and that more, well-placed charging points are needed urgently.

A plan to partner with electric vehicle charging point firms to roll out many more sites across Derbyshire has been backed by council leaders.

At the moment, there are a number of core issues, the meeting discussed, including the current low use of existing charging points – with publicly owned sites used around 12 per cent of the time on average at the moment.

The highest use of all the publicly-owned sites is in Matlock, with charging points in the town used around 50 per cent of the time, the meeting was told.

A key drawback for a wider roll-out of electric vehicle charging points which Cllr Barry Lewis, county council leader, called a “worry”, is the issue in providing facilities for people living in terraced homes.

The meeting discussed that trailing cables across from a terraced house to a car parked in the street was far from ideal and brings with it a basic tripping hazard.

Issues for people living in flats were also raised, with current home-charging facilities typically only suited to those with private driveways.

Cllr Tony King said the country, and Derbyshire in particular, should be pushing the electric vehicle agenda with more charging points and potentially a gigafactory – with 10 required to meet the incoming demand across the UK, he said.

Councillors and executives were asked by officers if they would support a plan to offer a range of council-owned car park sites to electric vehicle charging point firms, to install charging points.

These sites would be a mix of those which may be deemed more attractive to investors, such as in town centres, but also include more rural sites which are traditionally less attractive as an investment.

Officers want councils to maintain oversight over which sites are offered to firms so that they can ensure there is a fair mix which would also boost provision in areas which are currently more under-served and also in areas where demand is set to become far higher.

They detailed that there are currently 50 electric vehicle charging points per 1,000 people in Derbyshire, as of the latest figures.

Officers detailed that Chesterfield followed by the Derbyshire Dales and Bolsover had the most charging point provision, with Erewash having the least.

Meanwhile, Chesterfield, has the highest demand for electric vehicles, followed by the Dales, with Erewash and Bolsover having the least.

Officers detailed that providing charging points in more rural areas, particularly in the Dales and High Peak, would be a key priority, instead of purely in “honey pot” locations such as town centres.

Chris Hegarty, the council’s passenger transport coordinator, said: “Electric vehicle charging points are not necessarily in the right places to meet the growing demand. We will need a focus on location instead of on numbers.

“We are under considerable pressure to do this work.”

Through the partnership, councils would be able to recoup some of the profits generated from the charging points and the firms would carry the responsibility of paying for maintenance and installation but would gain approved spots to build additional public facilities, as well as making money.

Officers said that electric and hybrid car ownership was at one per cent in 2013 but is now at 18 per cent nationally.

Jim Seymour, the council’s transportation strategy manager, said there was currently a trial taking place in the Buxton and Hope Valley area – the only one in the UK – which will see electric vehicle owners offering to share their vehicles with others for a fee. As part of the same trial, owners of electric vehicle charging points can offer to share their charging points for a fee.

Cllr Anthony McKeown, leader of High Peak Borough Council, said: “Getting power to some of our car parks has been an issue and providing facilities for terraced homes is a bigger concern to us. How well used they (electric vehicle charging points) are is a valid point, ours are used but not extensively.”

Mr Hegarty said: “Everyone but Tesla has agreed to have the same plug but unfortunately Tesla doesn’t want to come to that party at the moment, but they could be forced to.”

He said a larger electric vehicle charging facility could be provided at the Markham Vale business park site near Bolsover, off the M1. 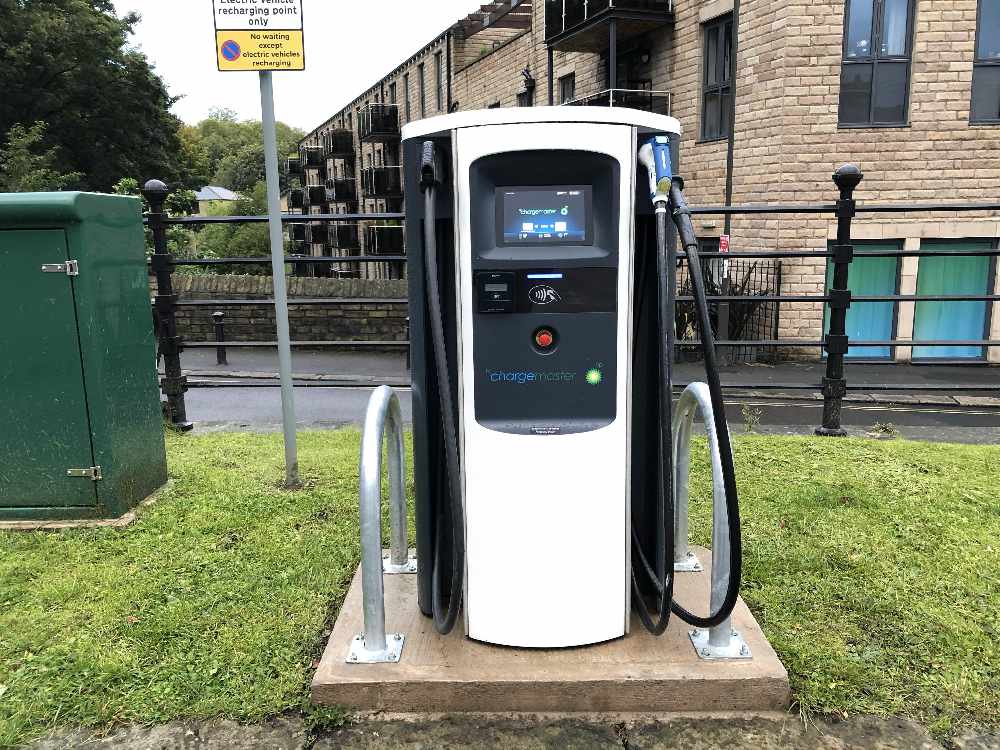 Mr Hegarty said: “Nobody is really making any money out of the charging points at the moment and won’t until the mid 2030s when they will really start making some money as demand grows, so we have five or six years to build that infrastructure, as more people use electric vehicles.

No new petrol or diesel vehicles will be sold in the UK after 2030.

Cllr King said: “The inability for people to charge at home is undoubtedly stopping the take-up of people buying electric vehicles.

“I know there is the issue with terraced houses and cables across the pavement, but other councils are allowing that to happen.

“If we don’t do that we are going to slow down the takeup of electric vehicle ownership. Let’s look at the risk and find a way around it, we need to find these solutions fast or we are going to be behind a lot of people.”

Lee Hicken, director of corporate resources at North East Derbyshire District Council, said that while the speed of charging an electric vehicle had increased, 18 minutes for a “super-charge” is still “super slow” and that charging at home was the way forward.

He said he had ordered an electric car and that the waitlist is so “huge” it will not arrive until next year.

Cllr Kevin Buttery, Amber Valley Borough Council leader, said: “In principle I think it is worth exploring so that we are prepared for the future.

“I see some people park all day charging their vehicles and nobody else can use it during that whole time, maybe we should charge by the minute?”

At a South Derbyshire District Council meeting earlier this month, councillors and residents discussed how the electric vehicle charging points installed by the authority at Rink Drive, Swadlincote, were frequently filled with petrol and diesel vehicles – and electric vehicles not being charged.

Cllr King said that the advances with electric vehicles – including HGVs and buses – in the next decade or so could render the need to electrify the Midland Mainline null and void.

He said: “The whole landscape is changing and I don’t feel we are taking advantage of this.

In February, Midlands Connect (a transport body working closely with councils and business enterprises in the region) published a study showing that Derby could have 39,942 electric cars on its roads by 2030 – a 1,522 per cent increase on from current levels

It forecast that 819 new charging points will be needed in Derby to keep pace with the boom, while the Derbyshire county area (excluding Derby) will need a further 3,627 extra public chargers.