Friends on track for platinum award 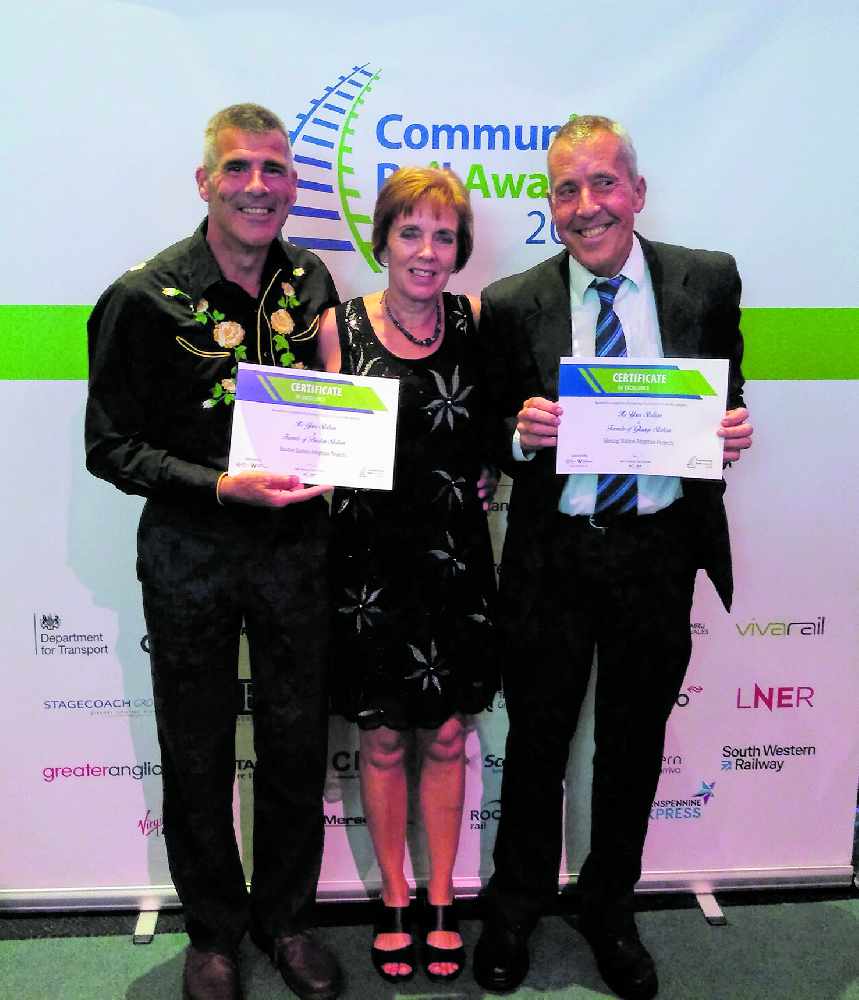 A Glossop group has again showed that when it comes to looking after train stations it's one of the best in Britain.

The Friends of Glossop Station (FOGS) went to the Association of Community Rail Partnership’s annual national awards evening at Telford not expecting to top the gold it won last year.

But ACoRP had added platinum to its list of honours and, along with neighbouring Buxton, Glossop made the successful short-list.

Neil Williams, who chairs Glossop station’s pals’ group, said: “There were over 400 people from all over the UK at what is considered to be an ‘Oscars’ evening for people, many of whom are volunteers, and the rail companies involved in Community Rail projects.

“This year a new category, platinum, had been introduced alongside bronze, silver and gold levels.

“We were delighted to find ourselves short-listed in the platinum category along with Friends’ groups from Buxton, Hindley and Mytholmroyd.

“To find ourselves nominated at this level nationally was really special as only four groups had been selected in the UK from many entries for this top level.

“Judging had taken place in Glossop during August. Bunty Gibson and myself had given the judges a tour of the station.

“This was followed by a rigorous interview covering all aspects of our work.”

Neil said Hindley was the ‘lead platinum’ but all four received platinum certificates.

He said: “FOGS would like to thank local users of the station for their support.  It spurs us on.

“We would also like to thank the High Peak and Hope Valley Community Rail Partnership for its ongoing commitment to our projects.

“Also to Becky Styles, community and sustainability manager at Northern for her help and enthusiasm.”