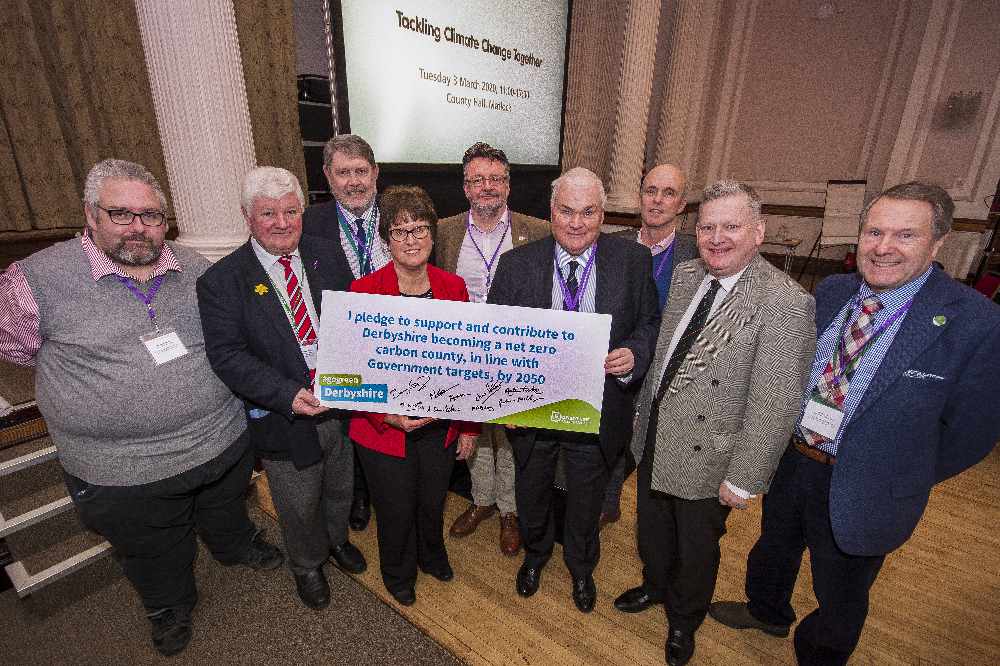 More than 150 people from local businesses, housing developers, councils and other public bodies gathered at an event to explore how they can work together to help tackle climate change.

The aim of Tuesday's event, organised by Derbyshire County Council and held at County Hall in Matlock, was to set out the vision and ambition for the whole of Derbyshire to become a net zero carbon county by 2050.

That means cutting carbon emissions from every area of everyday life to the lowest possible level and offsetting the remaining emissions through carbon absorbing measures such as planting trees.

Council leaders who attended from across the county showed their commitment by pledging their support to helping achieve the 2050 ambition in line with Government targets.

And speakers from businesses including Toyota in Burnaston, Longcliffe Quarries Ltd near Brassington, Moorfield Industries in Glossop and Torrs Hydro New Mills joined representatives from organisations including the Town and Country Planning Association, Moors for the Future and Liftshare to share examples of low carbon initiatives already making a difference.

"Clearly action is needed on an unprecedented scale and by 2032 the county council intends to be carbon neutral in terms of our property, street-lighting and fleet operating with net zero greenhouse gas emissions.

"But there is a far bigger challenge that faces us. The council’s own carbon footprint makes up just one per cent of emissions from Derbyshire as a whole. And this is where we intend to grab hold of the nettle and strive to make a real difference.

"By working with our district and borough council colleagues and neighbouring Derby City, we intend to be at the forefront of engagement and innovation, working alongside our communities and businesses and supporting them to bring about change."

People attending the event were invited to test drive the council’s new fleet of electric pool vehicles during the day.

The council say it has replaced some of its older diesel vehicles with eight electric cars and three electric bikes which will be used by council staff in an effort to reduce the environmental impact of making essential business journeys in their own cars.

Rounding off the day, Derbyshire Youth Councillors Alex McDermott and George Davidson set down a challenge to everyone attending the event to make changes within their own organisations to support the climate change agenda in Derbyshire.

Cllr Lewis added: "We want to move further and faster than any local authority in the UK to achieve a sensible, credible, measured and cohesive plan in which every business and household feels empowered to play their part in reducing the county’s greenhouse gas emissions.

"No business, organisation or individual can halt global warming alone. But by working together, we can design a new way of living and set a strong example for others to follow."