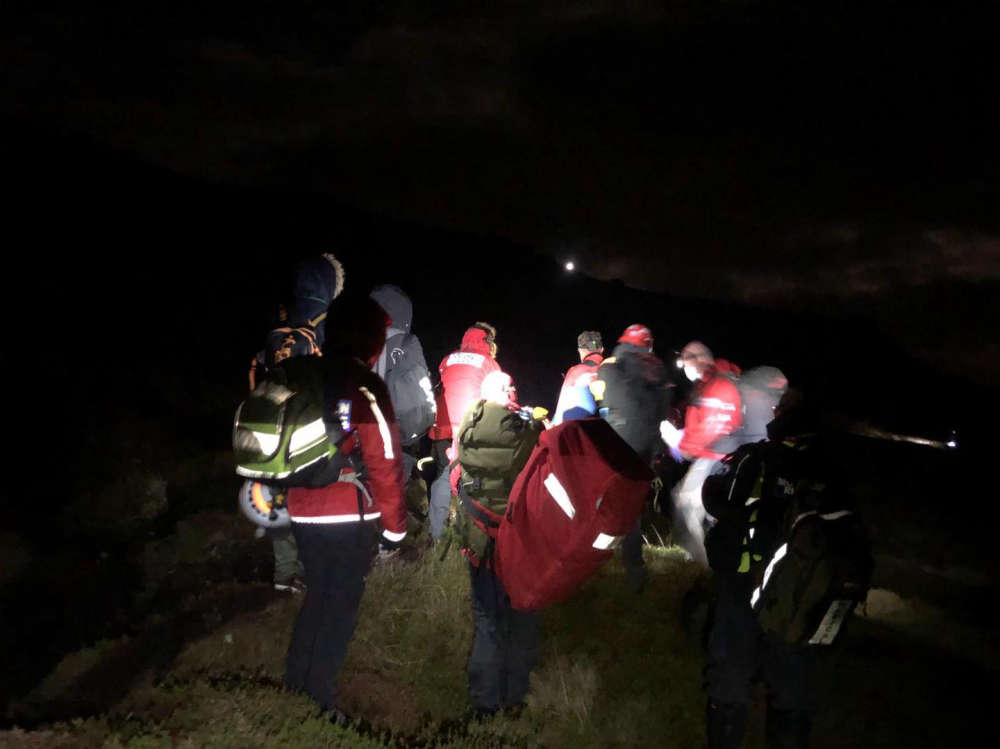 Social media come to the rescue of Tarn, a search and rescue dog, who was reported missing on Saturday afternoon by his handler who is part of the Edale Mountain Rescue Team.

Helpful leads and useful sightings were passed on to the searchers through social media and, after covering all likely areas, it was hoped Tarn would turn up at first light.

Early on Sunday morning, the team were notified via social media that the missing dog had been spotted in Hathersage and was quickly reunited with his handler.

The team would like to say a massive thank you to all those who helped put the word out that Tarn was missing.

It proved to be a very busy 24 hours for volunteers from Buxton and Edale MRTs who were called into action a further three times.

A walker had fallen on Saturday afternoon, injuring their back while on Kinder Scout, and had to be carried some distance off the hill in the dark by the two teams. He was taken to hospital for further treatment.

On Sunday, a fell runner training for the Edale Skyline Race slipped injuring their leg while on a path close to Nether Tor. He was treated at the scene and carried on a stretcher back to Edale.

While the teams were assisting the runner, they were called to a second incident on Mam Tor involving a paraglider who had injured their back in a heavy landing.

Further team members were called out and the paraglider was carried to awaiting ambulance and taken to hospital.

“Each play their part in making the hills and moors of the Peak District National Park a safer place.”

Mountain Rescue Teams rely on donations and their volunteers are on call 365 days a year.