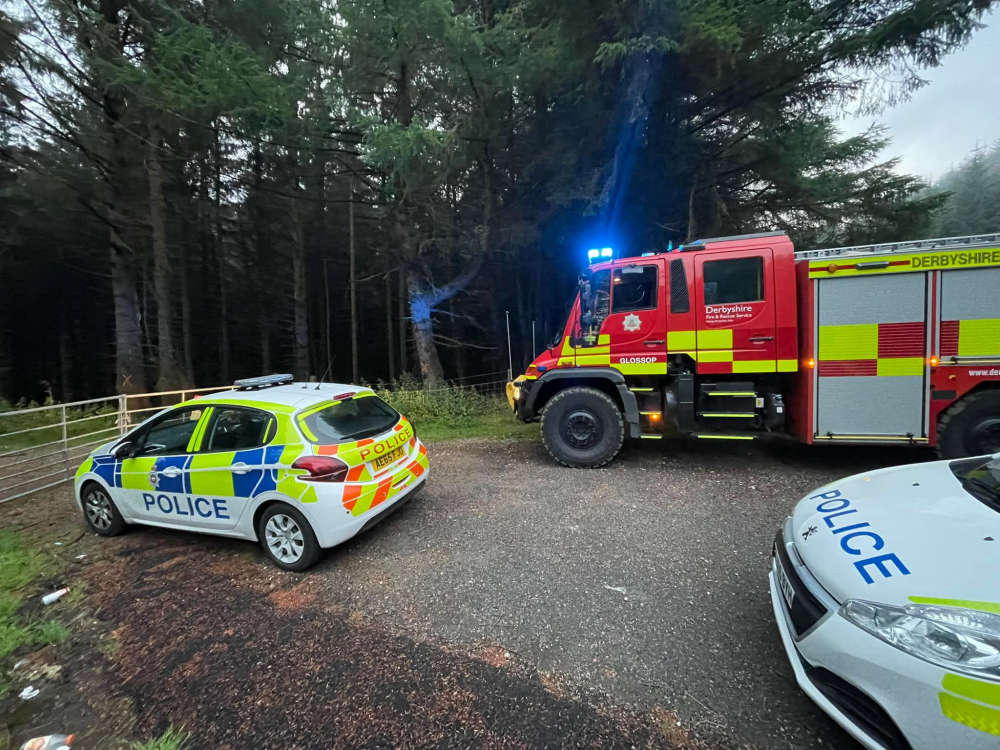 Police are appealing for information to help identify the person(s) whose camping stove led to a major fire at Win Hill Edge at Ladybower.

Fire crews from across the area spent four days tackling the blaze that started on Tuesday 19 July.

The Rural Crime Team said: “This careless act has caused extensive damage to the ground, foliage, and trees over several acres of moorland.

"The conservative cost to the Fire Service alone is estimated at £250,000. In addition to their resources, it was necessary to deploy a helicopter to bring the fire under control and prevent further damage and risk to life.

"On behalf of all the emergency services, invested parties and all members of the public who enjoy our beautiful countryside spaces, please act responsibility. This fire highlights the risk of having open fires and barbecues in the countryside.”

At its height six fire engines, a water carrier and moorland equipment were deployed to the scene to deal with fire that affected a hectare of forest and moorland.

The skills of the drone team from Glossop Mountain Rescue Team were called into action to provide video and photos of the affected area.

Anyone with any information is asked to contact police on 101 or online through the police website, or through direct messages via social media quoting reference number 22000422633.

Information can be provided anonymously through the independent charity Crimestoppers, on 0800 555 111 or by visiting www.crimestoppers-uk.org

Fire fighters who were dealing with moorland fires last week were stunned to find groups of people still having campfires and BBQs in the area.

A fire crew from Glossop returning from dealing with the fire at Win Hill were called by police to deal with a campfire in Snake Woodlands on Friday evening.

A Glossop Fire Station spokesperson said: “Once again these people walked past the biggest sign possible that says no fires and no BBQs.

"The actions of those who have continued to ignore the warnings have been slammed by Derbyshire Fire and Rescue Service as “reckless and totally irresponsible."

If you know of any deliberate fire setting you can report information anonymously to #firestoppers by calling 0800 169 5558.

Fire crews from New Mills and Whaley Bridge were among those who spent two days dealing with a fire on 1km square of moorland at Crowden.

Firefighters had to walk for an hour to reach the fire wearing fire kit and were supported by a helicopter carrying water.