A chance to talk about your concerns ahead of Valentines Day 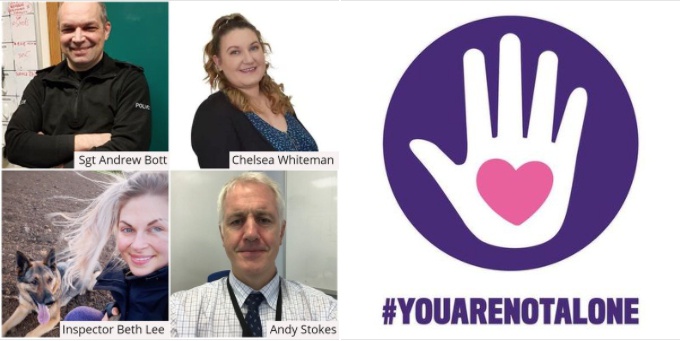 People across Derbyshire will be able to talk about their concerns during another live chat hosted by Derbyshire Police on Wednesday afternoon (10 February) ahead of Valentines Day.

Sunday (14 February) will be a day where there will be a lot of romance with partners, but there will also be people living in fear of them.

The online chat from 4pm to 6pm on Wednesday is a chance for people who are worried about themselves, a friend, family member or colleague to ask any questions they may have about domestic abuse, coercive and controlling behaviour, manipulation or anything else.

To make the session more personal, Derbyshire Constabulary has introduced the team behind the live chats, so people know who they are talking to.

Sergeant Andrew Bott works in the force's Investigation Hub in Derby. He has 25 years of police experience, including CID, Custody, being a Temporary Inspector and completing a secondment to Children’s Services within Derbyshire County Council. He has experience of multi-agency work in relation to domestic abuse matters and is a Domestic Abuse Champion within the force.

Inspector Beth Lee started her career with the police in 2008 as is now one of the Detective Inspectors for Public Protection, a department which investigates domestic abuse, rape and child abuse; a role which she is incredibly passionate about. She is from a family of public service workers who taught her a great deal about perspective, empathy and how everybody has a back story – something she tries to carry with her every day when doing her job.

Investigative Support Manager Andy Stokes has been with Derbyshire Constabulary for 36 years, and retired as a police officer in 2016. During this time he worked with victims of domestic abuse and has seen first-hand the impact that it can have on individuals and families. He now works as a civilian employee with the police, supporting colleagues who are dealing with the impact of domestic abuse every day.

To join the event, go to https://www.sli.do/ and use the event code #YouAreNotAlone.

Anyone who can't make the live chat but has questions or concerns can get in touch with police via the following methods:

• Website: Use the online forms or speak on live chat at www.derbyshire.police.uk