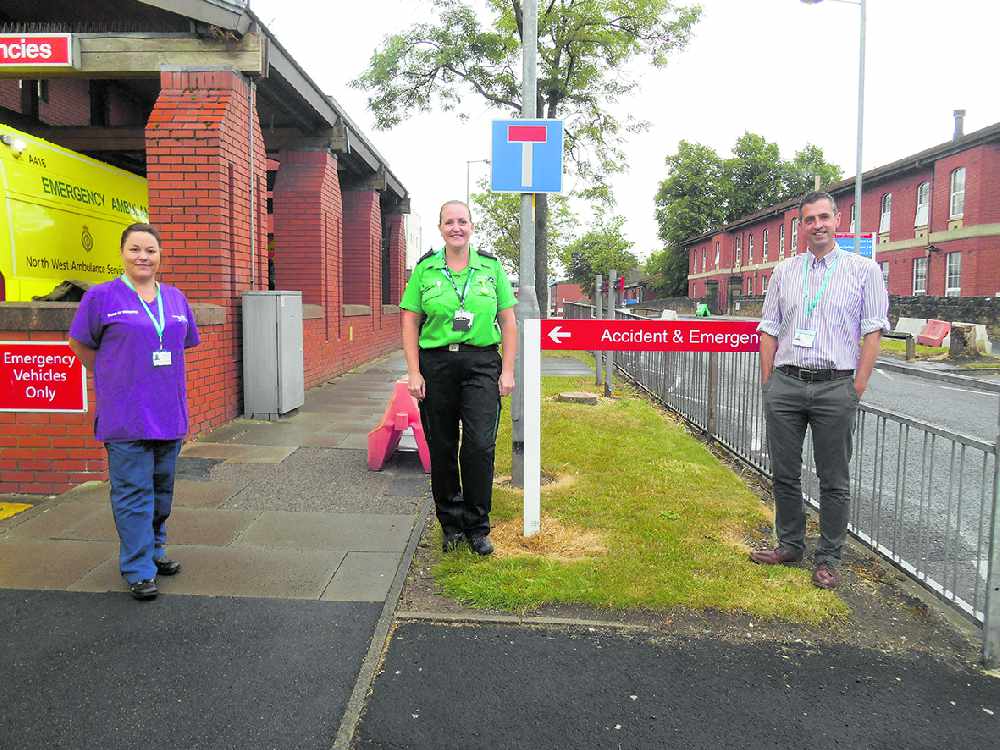 Dozens of specially trained St John Ambulance volunteers are being deployed in the emergency departments and wards of some Greater Manchester hospitals, including Tameside.

They've been giving vital support during the pandemic and as routine care resumes.

Their work, described as “hugely beneficial” by frontline NHS staff and “beyond the call of duty” by one local MP, is part of a raft of support services being provided by the health and first aid charity to the NHS and communities across the country since the outbreak of the virus.

Volunteers have been working at Tameside Hospital in Ashton since early April and more recently began at Stockport’s Stepping Hill Hospital.

Having received training from St John and the hospital trusts in caring for patients during the pandemic, they fulfil roles similar to healthcare assistants.

“Their help is hugely beneficial. The volunteers are giving extra help to our patients emotionally as well as physically, which provides great support for our staff as well.

“An extra pair of eyes and hands at a busy time, they’re focused, passionate and flexible and have quickly become part of the team.”

Volunteer Nadine Tudor, 39, described her experience helping patients at Tameside & Glossop Integrated Care NHS Foundation Trust: “There have been some low points, but also high points – like when I took a recovered patient to be reunited with his wife in the carpark after he’d been in intensive care.

“It’s an emotional rollercoaster. But the staff and patients are so grateful that the rewarding parts outweigh the fear.”

The mother of two young boys added that a big part of caring for patients at the Trust was giving emotional support: “It’s not all about taking observations and practical help.

“We chat to the patients, read letters and show photographs from family to keep them going.

“Strangers are having to play the role of family and that’s where St John can help.

“I was feeding a lady who was struggling and she said, ‘I can’t tell you how nice it is that you have come to talk to me.’

“I would want someone there like this with my family if they needed it during this time.”

Jonathan Reynolds, MP for Stalybridge & Hyde, also praised the charity’s efforts support: “The work of St John Ambulance across the country – and especially here in Tameside – has never been more valuable.

“Their volunteering takes pressure off the NHS and goes above and beyond the call of duty. Thank you, every single one of you.”

Since April 1, specialist Covid-19 training has been given to more than 1,600 St John volunteers as well as furloughed staff from airlines and holiday companies such as British Airways and TUI.

Delivering more than 100,000 hours of service to the community so far, they have helped at nearly 50 hospitals across England, provided ambulance crews at 31 hubs and are at the heart of dozens of essential community projects, including caring for homeless people, transporting family doctors, supporting cancer patients and assisting with blood donations.

The charity plans to continue this support but is facing serious financial pressures following the temporary closure of its training arm and other social enterprises that normally provide income.

An emergency fundraising appeal has been launched to raise more than £6 million. For more information, visit www.sja.org.uk/savelives.