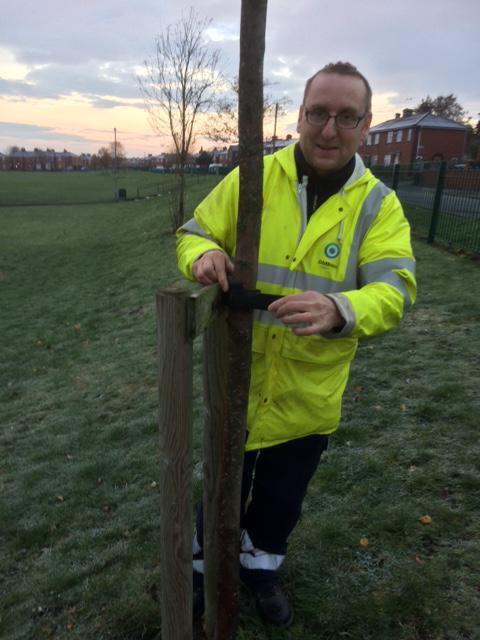 While lockdown has seen a boom in people tending their gardens, this type of work has continued as normal for Oldham College's Horticulture apprentices.

Two of these are Kim Seddon and Mark Fitton, who are both Level 3 apprentices with Oldham Council.

Due to lockdown restrictions, apprentices haven’t been able to travel together - which means they've been deployed carrying out maintenance work in different locations around the borough – and their availability to continue working has been vital.

The Met Office has confirmed May as the sunniest calendar month on record in England – and also the driest – which sent grass, flowers and trees blooming lavishly and making plenty of work for our green-fingered stars.

Kim has remained based at Oldham’s flagship 23-hectare Alexandra Park while Mark has temporarily switched to Limeside Park, a popular local recreation spot.

Both have been able to continue working in their roles – Kim as an Environmental Operative and Mark as a Grade 1 Gardener – through social distancing.

Kim’s main focus is Alexandra Park’s herbaceous border which Britain in Bloom judges were due to inspect shortly – until the prestigious annual contest was postponed. But she is looking on the bright side. 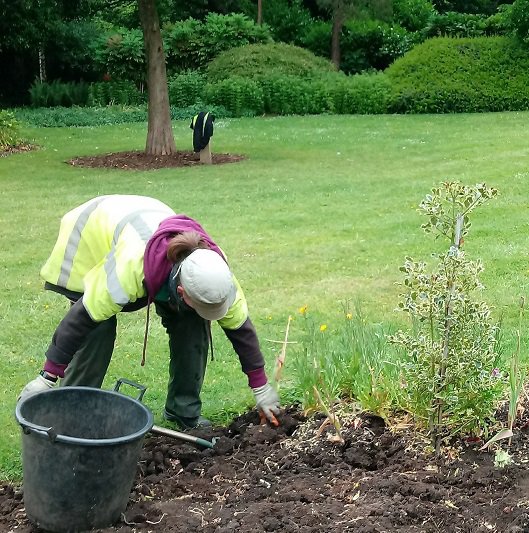 “It's actually quite a relief to now have 18 months to get the park looking its best, as opposed to rushing to get it all done in six!,” she said.

Prior to her apprenticeship, Kim volunteered at the former Brownhill Countryside Centre with the Countryside Service after graduating from the University of Salford.

“This experience was invaluable”, Kim said. “When the job at Alexandra Park came up, I knew plenty of people in this line of work and could get interview tips from them. I didn't know all the tools, their uses or many Latin terms – but I was determined, and I told them I'd learn!”

Each apprentice also gets specific projects to focus on and hone their trade.

Mark has been assisting with the flagging and landscaping of the Northern Roots show garden ahead of submission to this year's Hampton Court Flower Show in London. That competition, originally scheduled for June, was moved to September but has now also just been cancelled.

Kim’s main project – redesigning two of Alexandra Park's flower beds – was also initially on hold, as the nurseries she sourced flowers from had to close. It's since reopened, however, meaning the project can now continue, just a little later than planned.

But these setbacks won’t affect their progress. 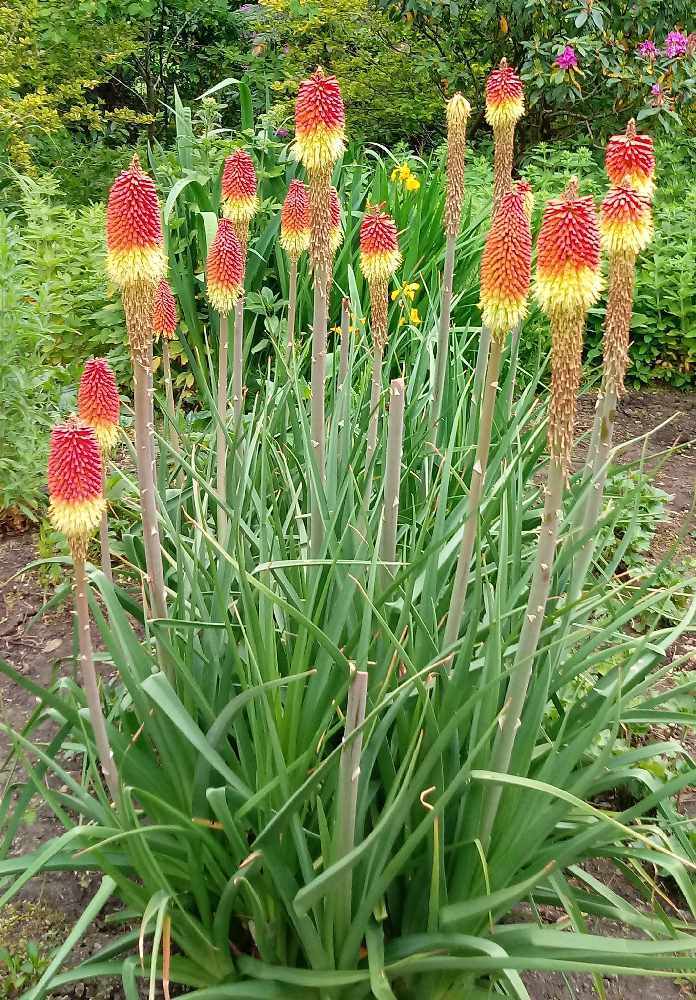 Kim and Mark are assessed on their work throughout the year: taking photos with the changing of the seasons, writing up the actions they’ve taken and showing off their impressive results. Despite the disappointments caused by Coronavirus, the pair have continued to work hard and Nick Atkinson, their tutor and assessor, is full of praise.

“We’re really proud of their commitment to carry on working and learning during the pandemic,” he said.

“Kim has been completing her L3 Work-based Diploma Horticulture course for more than 10 months now. She’s demonstrating a real passion and enthusiasm to gain more knowledge and understanding of the subject, and Alexandra Park is an excellent horticultural facility that allows her to gather all the relevant project evidence to complete the qualification.

“The same is true for Mark who, like Kim, had also previously completed his Levels 1 and 2 Horticultural qualifications with Oldham College whilst working for Oldham Council. Mark was really keen to progress onto his Level 3 course and has been involved with numerous grounds maintenance projects, including the fantastic show garden.”

Oldham College is open and taking applications for courses starting next September – whether you are aged 16-18, or an adult learner. To find out more about apprenticeships, contact the Apprenticeship team on 0161 785 4330 or via email at apprenticeships@oldham.ac.uk.

Oldham College Horticulture apprentice Mark Fitton at work in his role as a Grade 1 Gardener for Oldham Council.