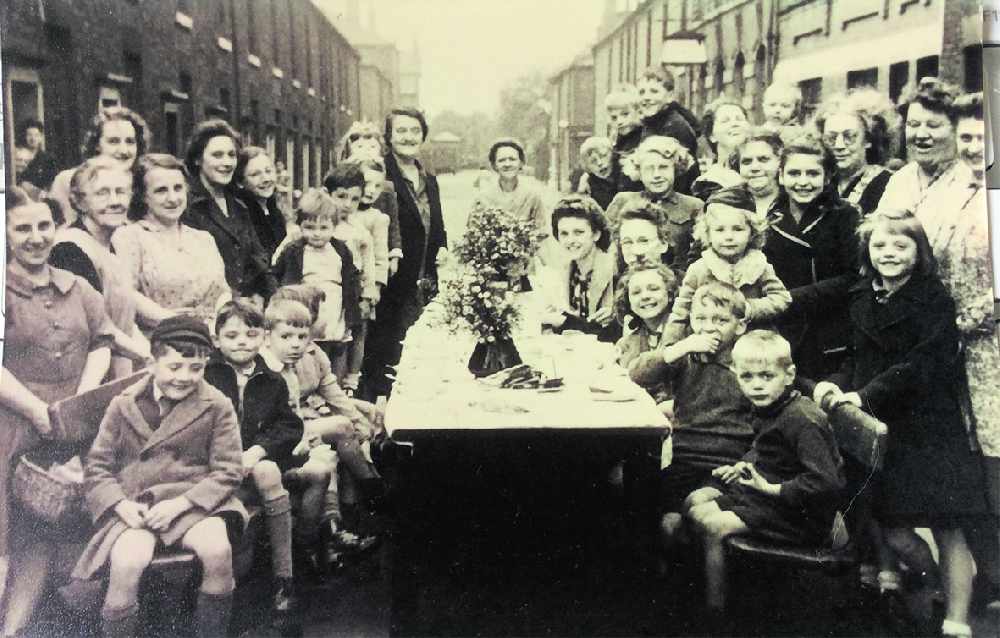 Treasured memories of a bygone age

Lisa Burns, from Ashton, shares a treasured piece of her own family history

Parties across the country spilled out onto the streets as millions celebrated the end of the Second World War.

Cotton Street in the centre of Ashton joined in the fun on May 8, 1945, as families, friends and neighbours gathered to celebrate the historic event.

The main picture here features the women and children from the street, with the men absent - they were either in the Armed Forces or out at work.

The neighbours had dragged tables and chairs onto the cobbles of the street, which at the time ran from Ashton Market into the west end of Ashton.

The happy families all contributed to the party food, while flowers adorned the table.

One of the larger families on the terraced Cotton Street was the Clayton family. At the time of VE Day, parents Annie (pictured in the bottom right of the picture) and Stephen Clayton had had seven children - Mary, Stephen, Minnie, Noel, John, Gwendoline and Robert. Sadly Stephen and Noel had died when they were younger - Stephen after he suffered a head injury from a fall and Noel from pneumonia.

The picture features the five remaining children - Mary - the eldest is in the centre of the picture on the right leaning across the table.

Gwendoline is in front of her mum, Annie, who is pregnant with her eighth child, Eric. Annie went on to have another boy Andrew. Gwen was seven at the time, with her birthday the following week.

Next to Gwen, on her right, is her big sister Minnie, who is holding onto Robert, with the blond hair and hat. John, who emigrated to Australia in the late 60s, is peeping out between two boys in the background on the right.

Their father Stephen, who was from Liverpool, served with the Manchester Regiment, and was stationed at the Ladysmith Barracks in Ashton before he was married. It was there that he met Annie Phoenix, where she worked in the kitchens.

Before he met her he heard her singing through the windows and told his friends that he was going to marry the girl with the lovely voice - and he did.

During the war Stephen watched out for enemy planes and trained the younger soldiers. He also boxed while he was in the army.

It wasn’t long before the men of Cotton Street returned from the war and life could get back to normal. Stephen, as many did, took a job on the railways and stayed there until he retired. 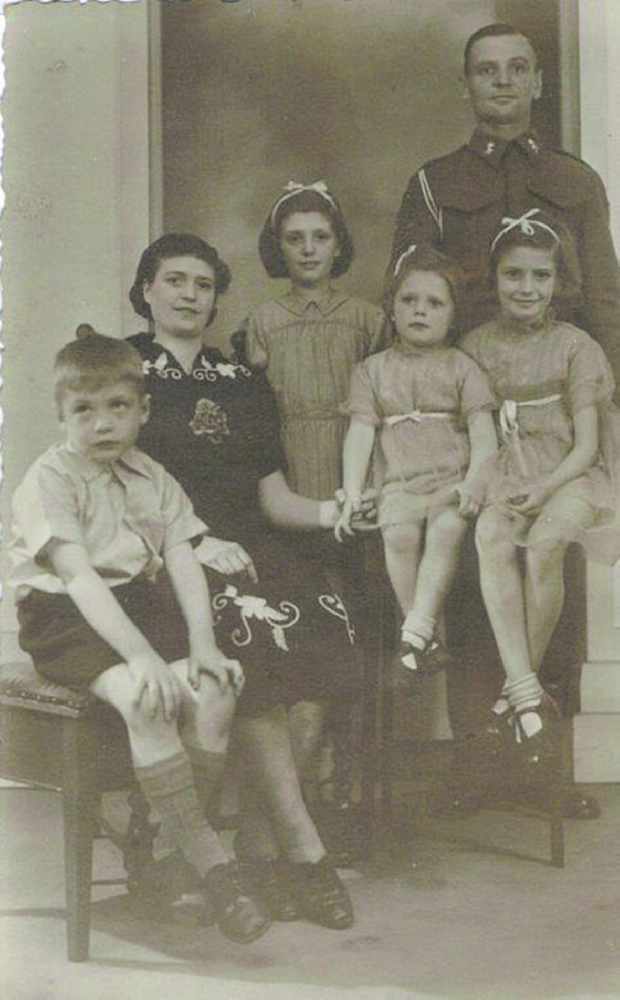 FAMILY TIME: Stephen and Annie Clayton with their children Mary, Minnie, John and Gwendoline in 1940.