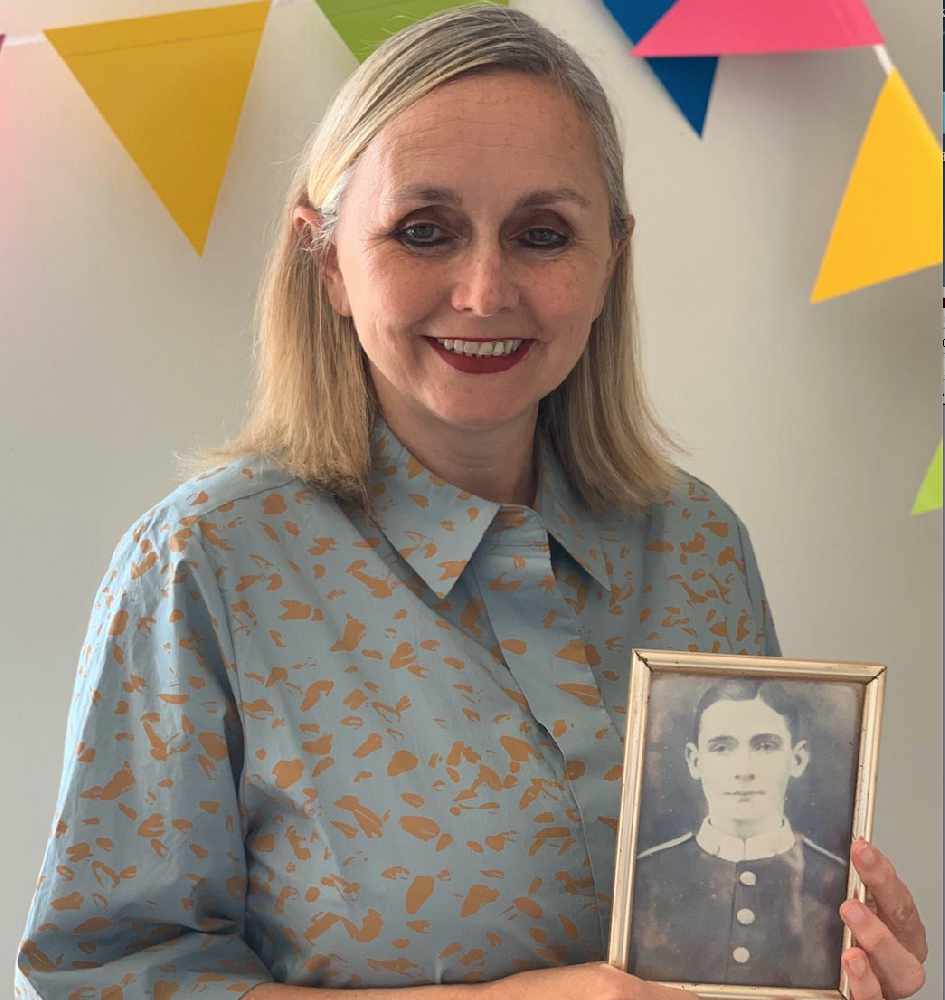 Cllr Leanne Feeley with the picture of her great grandfather.

Cllr Leanne Feeley, Tameside Council Executive Member for Culture, explains how everyone can mark this VE Day anniversary in their own way through a number of initiatives and tells Tameside Radio's Scott Bruton about her great grandfather who served with the Manchester Regiment.

Tameside Council has been busy coming up with ideas and activities so that everyone can participate in some way this VE Day to mark the 75th anniversary of the end of the Second World War.

From learning Tameside’s bespoke ‘Dance for Victory’ routine from an easy online tutorial and filming your moves to hosting an at home tea party or sharing a wartime family photograph – there is 'something for everyone' says Cllr Feeley.

Everyone is being encouraged to share photographs of their celebrations on social media using the hashtag #TamesideVE75.

Plus you can share pictures of those who have a special family meaning to you this VE Day.

Tameside Council Executive Member Cllr Leanne Feely, who is responsible for culture, is doing just that.

She is pictured here holding a photograph of her great grandfather - who served with the Manchester Regiment in World War One.

Many families have special stories to share about both world wars and Cllr Feeley shared hers with Tameside Radio's Scott Bruton on his breakfast show earlier this week - and you can listen below.

Cllr Feeley added: “I’ve seen Tameside people show some amazing resilience and spirit over the past several weeks in response to the coronavirus pandemic and it must have made many of us think of our relatives before us and how they coped in the much more challenging times of the Second World War.

“Although lockdown has meant we can’t celebrate the 75th anniversary of VE Day in the ways we had initially planned, it has never felt more appropriate to pay tribute to everyone who served their country and made sacrifices during wartime. We have lots of fun ideas for how people can get involved and I can’t wait to see everyone’s photos so please remember to share your celebrations on social media with the #TamesideVE75 hashtag.”

For more of those ideas see also https://www.questmedianetwork.co.uk/news/ve-day/fly-the-flag-for-ve-day1/