'Yanks' return to Saddleworth this weekend for popular military show 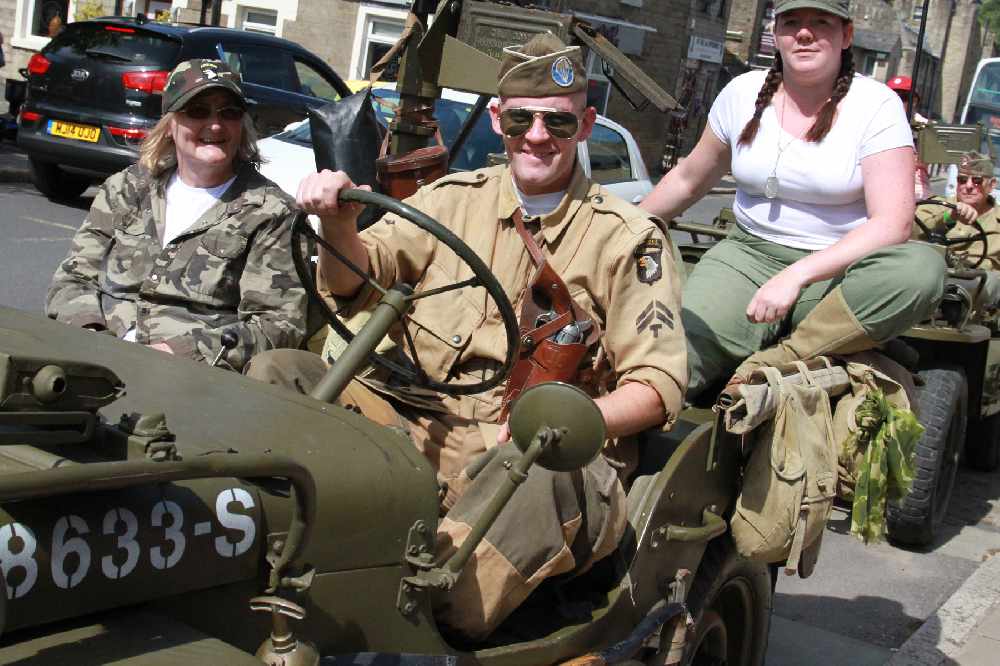 The ‘Yanks’ are back in Saddleworth this weekend as Uppermill turns back the clock once more to the war era.

The annual military show and vehicle parade returns to the village to bring a wide selection of fabulous 1940s’ entertainment, historical displays and much, much more.

The huge annual event was first staged 17 years ago to celebrate the local filming of the Hollywood movie ‘Yanks’ in 1979 starring Richard Gere. Many locations in Uppermill and neighbouring Dobcross were used in the film, plus locations in Tameside including Stalybridge and Hyde.

The event promises to be an unforgettable day out and fantastic experience for everyone as the ‘Yanks’ set up camp in the grounds of Saddleworth School in Uppermill.

The Saturday will include a wide range of entertainment plus a Tea Dance at the school and ‘Victory Swing Ball’ on Saturday evening, also at the school.

Then on the Sunday the Mayor of Oldham and other dignitaries, will be hosting a coffee morning with the Normandy Veterans followed by the Military Parade and Convoy.

The parade starts at noon in Uppermill and will be led by the Oldham Scottish Pipe Band, along with Post War Veterans, Cadets and the Northenden Pipe Band leading re-enactors out within the parade.

Mr Churchill, will be in the lead vehicle of the parade, going through the village of Uppermill, before making their way though the surrounding areas of Saddleworth. 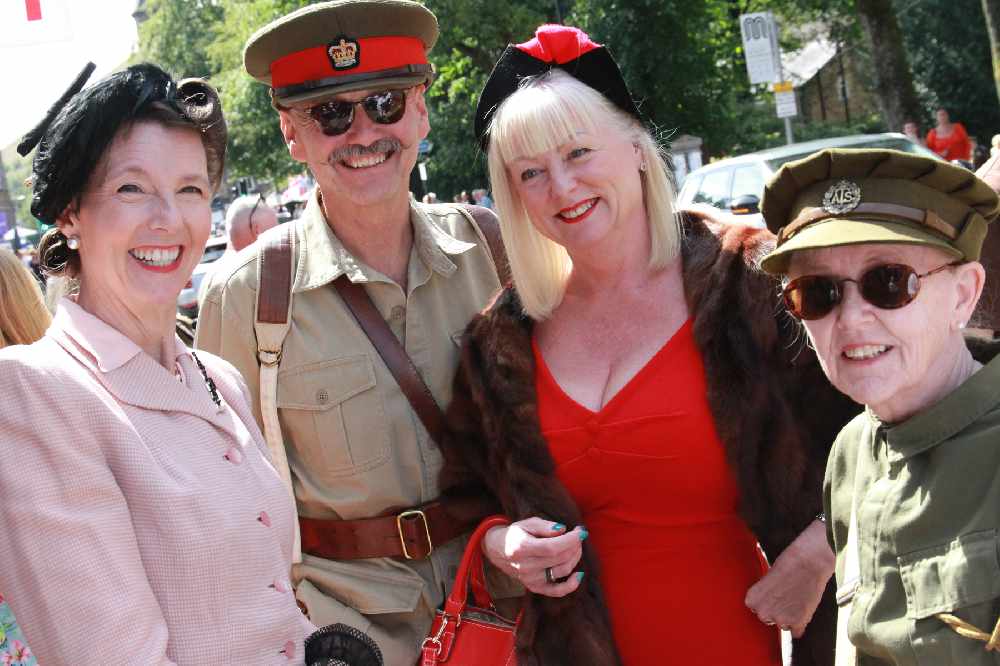 Meanwhile, one Saddleworth pub has already been gearing up for the weekend after holding a World War Two event of its own recently.

A group of World War Two veterans were celebrated when a convoy of historical military vehicles converged on The Church Inn, Uppermill.

Mr Schofield, from Chadderton, who owns a full-size original 1942 vehicle, said: “Little Frankie and Oliver were made very welcome by everyone and they really took to their uniforms.”

There was a stream of respectful visitors who took time out to chat to military veterans from Broughton House, Salford.

The house has evolved into a dedicated charity and nursing home for veterans living their remaining years among friends, supported by a dedicated team of helpers.

Sue Greenlees, from the support team, said: “Everyone  had a lovely time. The veterans were very busy relating their wartime memories and experiences.”

Meantime ladies with luxurious hairstyles danced to foot-tapping numbers including the Lindy hop, jitterbug and boogie-woogie.

Trina Edmundson, dance teacher at the Saddleworth-based Backstep Boogie Club, who provided the music, said: “The love of nostalgic music and dance has  grown out of all recognition with dance events taking place across the country every weekend from April until autumn.

“People come to the club to polish up their dancing skills - and  then leave as friends. I really believe there is a big revival in this music genre. Everyone loved the event - and some, who come to  club for dance lessons, have really got the dancing bug.”