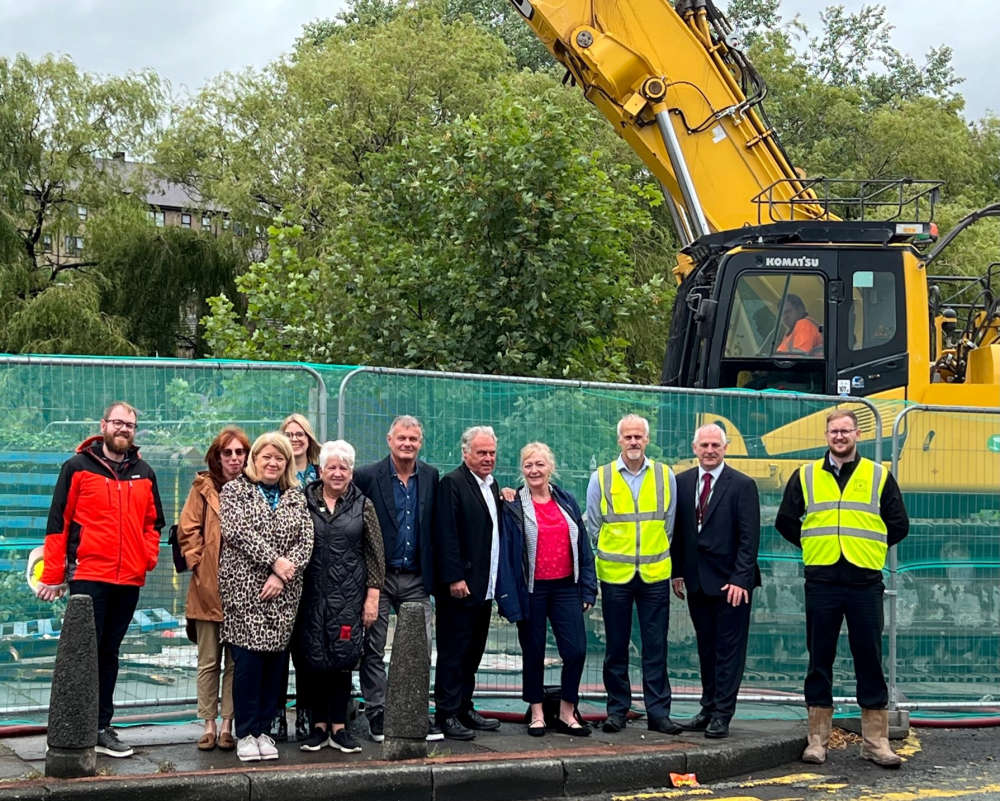 Work to demolish Stalybridge's former police station and replace it with a block of flats in a £5.1 million redevelopment has now begun.

The site on Corporation Street will be transformed into 24 one and two bedroom flats, with on-site care commissioned by the Tameside Adult Social Care Team.

Once used by the Cheshire Constabulary, and then later Greater Manchester Police, Stalybridge Police Station was built in 1968 and remained in use for 37 years until 2005.

It had fallen into a state of ‘disrepair and dereliction’, becoming ‘Stalybridge’s biggest eyesore’ according to local councillors.

The plans, delivered in partnership with housebuilders Watson Homes, and funded in part by Homes England and Greater Manchester Combined Authority, look to provide much-needed homes for adults needing support with their independence and wellbeing.

Cllrs Sweeton and Taylor were joined by Stalybridge Councillors, the Council’s Housing and Adult Social Care teams, and Peter Lynas of Great Places and Simon Harrison from Watson Homes at the site.

Commenting on the start of the project, Peter Lynas, Development Programme Manager at Great Places, said: “We’re delighted to be starting work on this project. It will transform the currently derelict site into much-needed specialist homes in the local area, where residents can remain close to friends and family in accommodation which meets their support needs.”

Cllr Dave Sweeton, Tameside’s Executive Member for Inclusive Growth, Business & Employment, said: “It’s exciting to see work finally underway on what has historically been a challenging site and once complete the accommodation will be a great addition to the town centre providing new homes on previously developed land.

"The repurposing of a site no longer in use is another step in the regeneration of Stalybridge and bringing investment to Tameside. This scheme will be one of many new developments which will bring a wide range of opportunities for new homes of mixed size and tenure.”

Cllr John Taylor, Tameside’s Executive Member for Adult Social Care, Homelessness and Inclusivity, added: “Supported living accommodation helps our residents lead a healthy and fulfilling life within their own home and community. Partnerships in housing developments such as this are crucial to meet current and future needs of residents.”

Rob Watson, Director at Watson Homes, said: “Stalybridge has seen substantial investment and regeneration and we are pleased to be giving this derelict site a new lease of life, and creating these homes for supported living.”