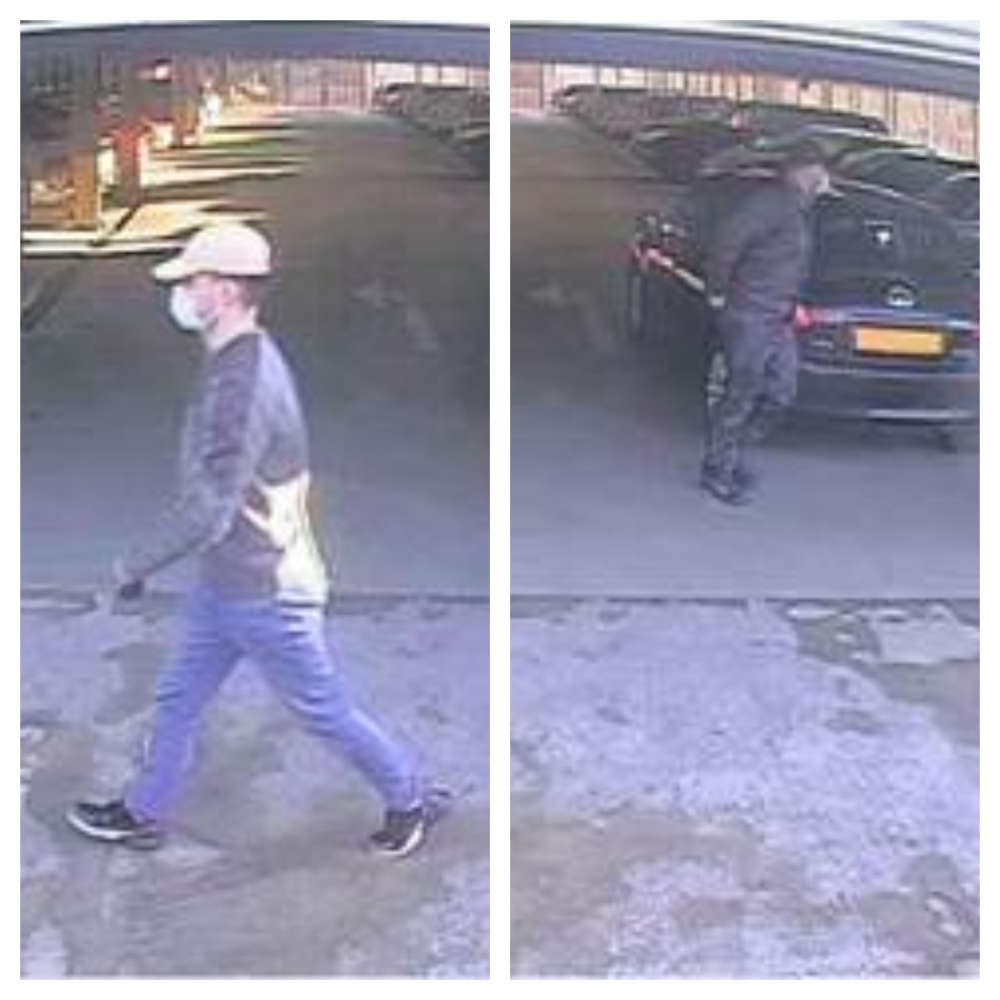 CCTV images of two men police want to speak to in connection with the theft.

Police are investigating after a woman was left 'significantly out of pocket' when the catalytic converter was stolen from her car outside Tameside Hospital.

Police were called to the Ashton-based hospital to reports of a theft at around midnight on Wednesday 5 January.

Enquiries have established that two men used a jack to gain access to the chassis of a Toyota Auris - which belonged to a 40-year-old woman - before stealing the catalytic converter and making off in a separate black Toyota Auris.

No arrests have been made and enquiries are ongoing, GMP has said.

Officers have released CCTV images of two men they would like to speak to and are appealing for the public's help to identify them.

Constable Ashlea Young, of GMP's Tameside Division, said: "This is an awful crime which should not be underestimated. A member of the community has been left inconvenienced and significantly out of pocket after having to spend a large amount of money on vehicle repairs.

"We would like to reassure the community that thefts of such nature are a priority for Greater Manchester Police and are being actively tackled by local neighbourhood policing teams.

"We have been following all available lines of enquiry and have released CCTV images of two men we would like to speak to in connection with this theft.

"We are keen to speak to anyone who may have any information about this incident as well as any information that can help us to identify the men pictured. We also ask that members of the public remain vigilant regarding suspicious activity around motor vehicles by reporting it to the police."