A woman in her 40s was injured after a two-vehicle collision in Ashton on Saturday afternoon (June 27).

Emergency services were called to the junction of Oldham Road and Stamford Street Central shortly after 1pm.

The woman was taken to hospital as a precaution.

At least two fire engines also attended the scene near to Sherlock & Co accounting firm, where the front of a white vehicle was seen badly damaged.

Part of the road was closed for a period while police and fire crews responded.

A spokesperson for Greater Manchester Police said: "Police were called at 1.12pm today (Saturday 27 June 2020) to reports of a road traffic collision involving two cars on the junction of Oldham Road and Stamford Street Central.

"A woman in her 40s sustained minor injuries and was taken to hospital as a precaution.

"Both cars remained at the scene. 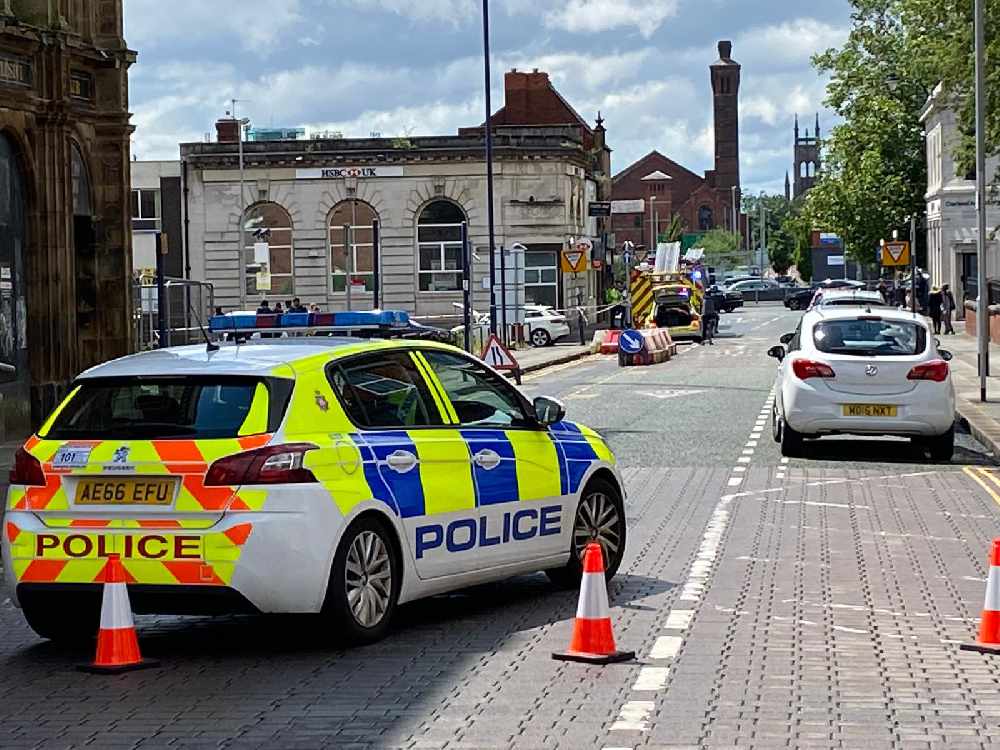 Police are also reminding people to take extra care on the roads and drive sensibly.

GMP's Tameside North and East team said on Facebook on Saturday: "Several collisions have occurred just on Tameside North throughout today. If you’ve not driven much since the lockdown please make extra time for your journey.

"Slow down in this wet weather – roads can be particularly slippery after periods of hot and dry weather. Look well ahead to give you early opportunity to spot road signs, markings and changing traffic lights.

"Be courteous to other road users – mirrors and indicators are free! Use them when changing direction, lanes and on roundabouts so that others know where you’re going."

Video and images by Nigel Wood