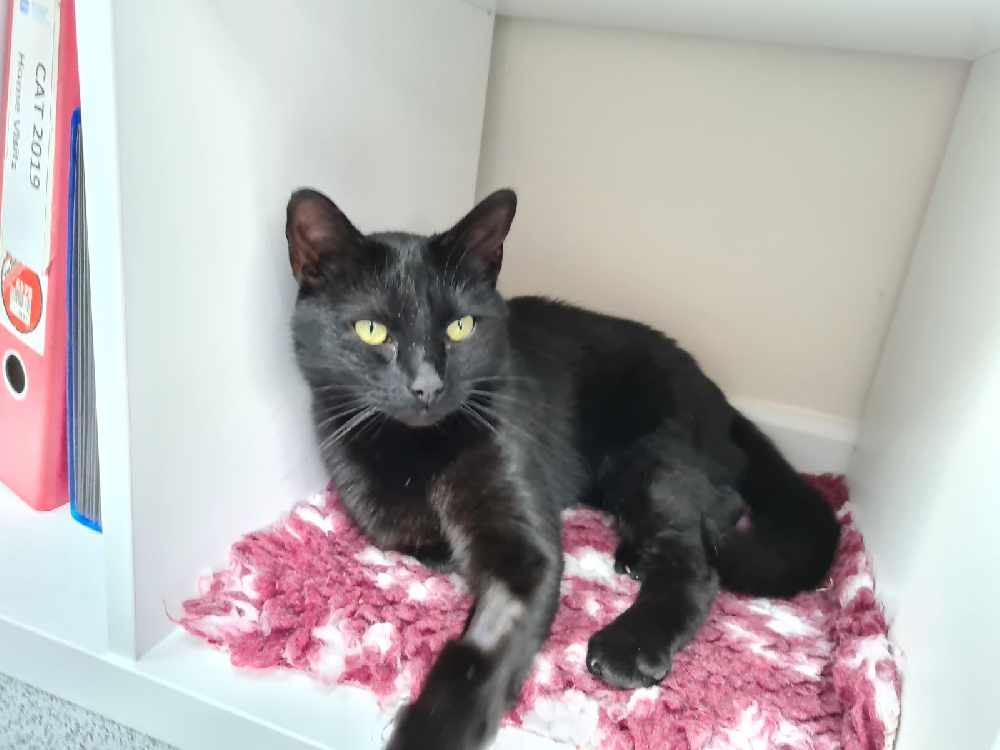 A stray cat - affectionately named 'Wobbly Bobbly' due to his an unusual walk - was rescued by the charity in Tameside and is now looking for his forever home.

The one-year-old cat was rescued by the RSPCA after he was spotted by a member of the public in Tameside, Greater Manchester, on May 3, and was unable to put any weight on his back legs.

Bobbly was taken to the vets where X-rays revealed no injuries or broken bones. After a few weeks when his walking had still not improved, the vets concluded that his unusual walk was due to a neurological problem and most likely sustained from birth. Thankfully, this doesn’t cause him any pain and he can live a normal life.

Now Bobbly is looking for an indoor home with an experienced cat owner.

Susie Hughes, manager of the RSPCA Greater Manchester and Salford branch, where Bobbly is being cared for, said: “He is just an absolute character who won’t fail to liven up your home! He manages to get around really well despite his wobbliness. He is currently living in the office at our animal centre and keeping us company. He wouldn’t cope well in a cattery so we are really keen to find a suitable home for him soon.

“He loves to look out of the window and takes advantage of any strokes and cuddles on offer. He's certainly not short on personality and he has made sure none of us are ever bored at work!”

Bobbly will need to be rehomed as a single house cat as he would not be safe outdoors on his own but would benefit from a catio if the owner could provide one. Although he is unsteady on his feet, he is still very agile and can jump considerable heights so would likely escape a secure garden which is why the branch believes a catio would be the perfect option for Bobbly.

As he was living as a stray, he will need a large home with lots of enrichment and someone who can devote time each day to play with him and keep him entertained.

He could live with a family with older teenagers or an adult-only home.

The RSPCA’s animal centres are currently closed to the public but the charity has started rehoming again, whilst adhering to strict social distancing guidelines. For more information on the new process visit: https://www.rspca.org.uk/findapet/rehomeapet/process

If you are able to offer Wobbly Bobbly the right kind of home, please email the branch outlining your suitability at rspcamcr_salford@btconnect.com