Winners of the Amazing Ashton Awards crowned at ceremony 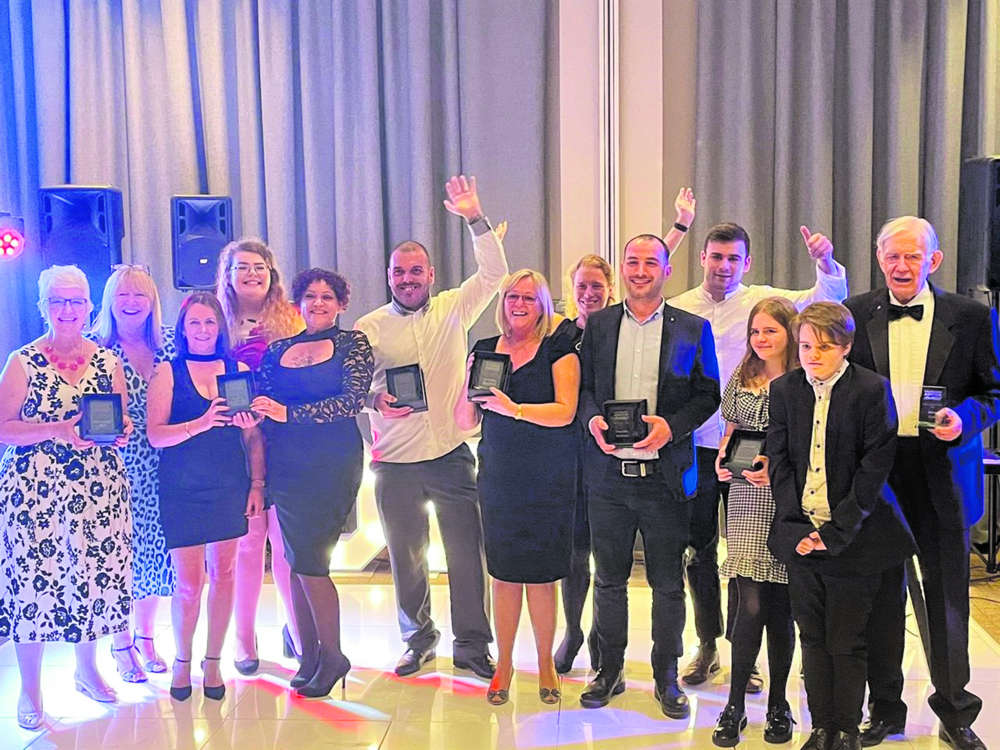 The winners of this year’s Amazing Ashton Awards 2021 were announced at a glittering ceremony at the Village Hotel on Thursday 18 November.

Eight winners were announced at the evening event hosted by About Tameside’s Kevin Taylor and Andy Hoyle from Tameside Radio.

More than 500 people had voted to decide which of this year’s nominees landed themselves a place in the final and a panel of four judges - including Tameside Reporter editor Nigel Skinner - who then had the difficult decision of choosing one winner for each category.

Beverley Marsden, volunteer at The Anthony Seddon Fund was announced winner of Employee of the Year for her amazing efforts raising money for the charity and Anthony Evans won Local Business Entrepreneur of the Year Award.

They gave up time with their friends and out of school clubs to ensure Isabel was safe throughout the pandemic and of course kept her entertained with games and activities.

Andrea Brookshaw, Eden and Kaitlin’s mum said: “The girls are still in shock at winning this award, but so happy.

“It’s been a tough year for everyone especially for the girls who have looked after Isabel.

“A huge thanks to everyone who voted for them.”

Other winners included Bernadette Reid, who scooped the Covid-19 Hero Award for her dedication helping the community through the pandemic, taking food parcels to people who couldn’t leave their homes and volunteered at Barnardo’s supporting children who were leaving the care system.

Alan Fish won the Great Leader Award for his lifelong dedication to the scouting community and also all the other volunteer roles he’s taken on throughout Ashton and Tameside.

He has also raised money and procured equipment for the voluntary sector.

Finally, Jon Adams was announced as Fundraiser of the Year for raising thousands of pounds for local charities which started in his kitchen.

He now has his own premises in Droylsden and a Facebook page.

He also organises charity football matches to help and support these charities.

Marie Gribben, centre manager at Ashdown Phillips, said she was overwhelmed by the support the awards have received again this year.

She said: “The Amazing Ashton Award winners are remarkable people and we all had a brilliant evening celebrating our town’s unsung heroes.

“Congratulations to all of our winners, finalists and nominees and thank you to everyone who attended the evening.

“It is amazing to see individuals and organisations supporting one another during these turbulent times.

“I am looking forward to seeing what next year’s Amazing Ashton Awards brings.”

A raffle on the evening raised many hundreds of pounds for the Ladysmith’s chosen charity this year which is Willow Wood Hospice.