When Tameside and Glossop were visited by royalty 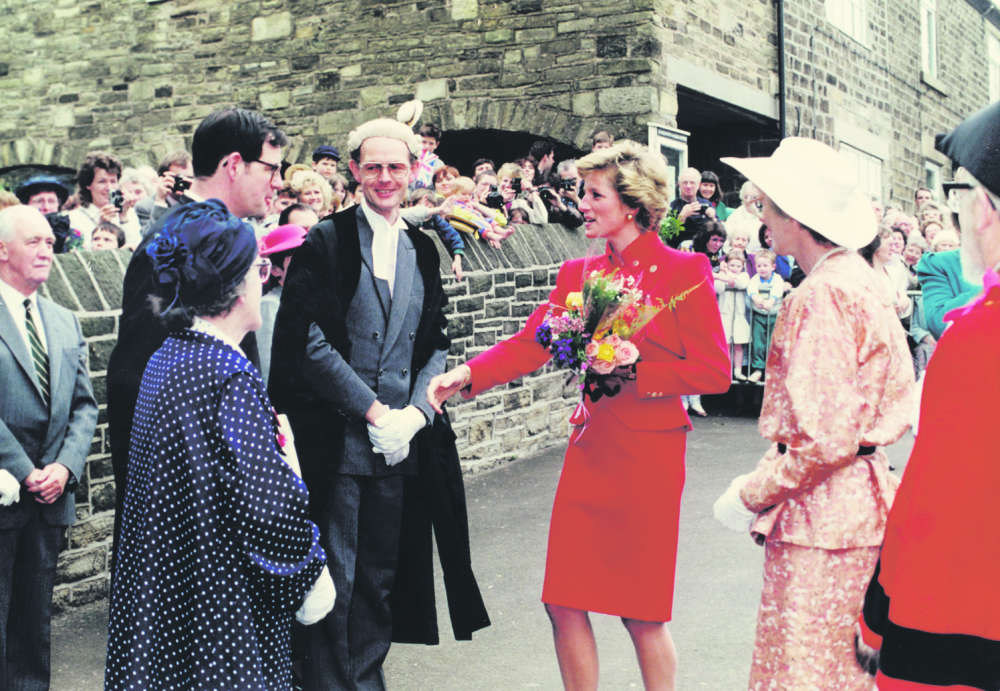 Throughout the years, Tameside and Glossop have received many royal visits.

Thousands have welcomed kings and queens, princes and princesses and dukes and duchesses.

One of the earliest visits was that of the Queen’s grandfather, George V, who came to Ashton in 1913 with Queen Mary.

The royal couple spent just  over a week on a tour of Lancashire by motor car. They visited 37 towns and cities, including Ashton, in just eight days, starting in Warrington on July 7 and ending with a procession in state carriages around Manchester and Salford on the 14th.

The King George V Playing Fields in Ashton are named after him.

The Queen’s uncle Edward VIII (who abdicated from the throne in 1936) visited as the Prince of Wales in the 1920s, while Prince George dropped by in June 1932 to open the Ideal Homes and Industries Exhibition at the Armoury.

The Prince also visited Ashton Town Hall to sign the visitors’ book and to be photographed.

The Queen’s parents, George VI and Queen Elizabeth called into Ashton in May 1938.

They arrived at Charlestown Railway Station in the town and drove down Oldham Road and Katherine Street to the town hall where the King inspected the 9th Battalion of the Manchester Regiment.

The royal couple also dropped into Stalybridge and were driven along Dowson Road in Hyde in July 1946.

More than 40 years later, Queen Elizabeth, the Queen Mother, opened the Museum of the Manchester Regiment in Ashton on April 17, 1987.

Thousands gathered on the market ground (myself included!) to watch her open the museum in the town hall.

The Queen Mother arrived 10 minutes early and stayed beyond the official departure time.

The Queen herself has been to the borough just once, in 1968.

She visited Dukinfield and Hyde to see the renewal work done as part of Operation Springclean.

The Queen met the Mayor and Mayoress of Dukinfield, Cllr and Mrs Ernest Shaw, and the town clerk, Douglas Yates, at William Kenyon and Sons, on Railway Street.

Sarah Ferguson, the Duchess of York, opened Tameside Hospital’s new £20m wing in March, 1989. The Duchess arrived on Red Nose Day and wore a Comic Relief nose in her hair.

Later that year, Prince Charles called in on the people of Hattersley when he was invited to the town’s community centre to look at a project backed by his own charity, the Prince’s Trust.

The Prince also visited the area in September 2010 when he went on a tour of Gorton Monastery following a £7m revamp.

Tameside College catering and hospitality students were invited to serve the Prince at the civic dinner.

The bakery students also prepared a specially designed cake which was presented to His Royal Highness who expressed his thanks and good wishes to all the students and the college principal at the time, Peter Ryder.

Prince Edward found out all about Tameside during a visit in 1988 and he returned in 2007 when he dropped into Dukinfield’s Old Chapel on July 3.

The Earl of Wessex unveiled a plaque celebrating the chapel’s 300th anniversary. An organist, a children’s choir from three local primary schools and young people from the Old Chapel Sunday school provided music during the service.

The Duke of Kent was in the area in 1988. His wife, the Duchess of Kent, followed in his footsteps two years later when she opened the Mandy Turner Scanner Unit at Tameside Hospital.

Also in 1990, the High Peak welcomed Princess Diana when she went on a tour of Swizzels sweet factory in New Mills. She chatted to workers at the factory. She also stopped off in Gamesley and Whaley Bridge.

The latest royal visitor to the area was the Duke of Gloucester who toured Willow Wood Hospice in September last year.

The Duke, who is the Queen’s cousin, toured every department at the hospice and gardens and took time to chat to staff, volunteers and patients. He also took his lunch at the hospice.