What happened in Tameside for the 1977 Silver Jubilee? 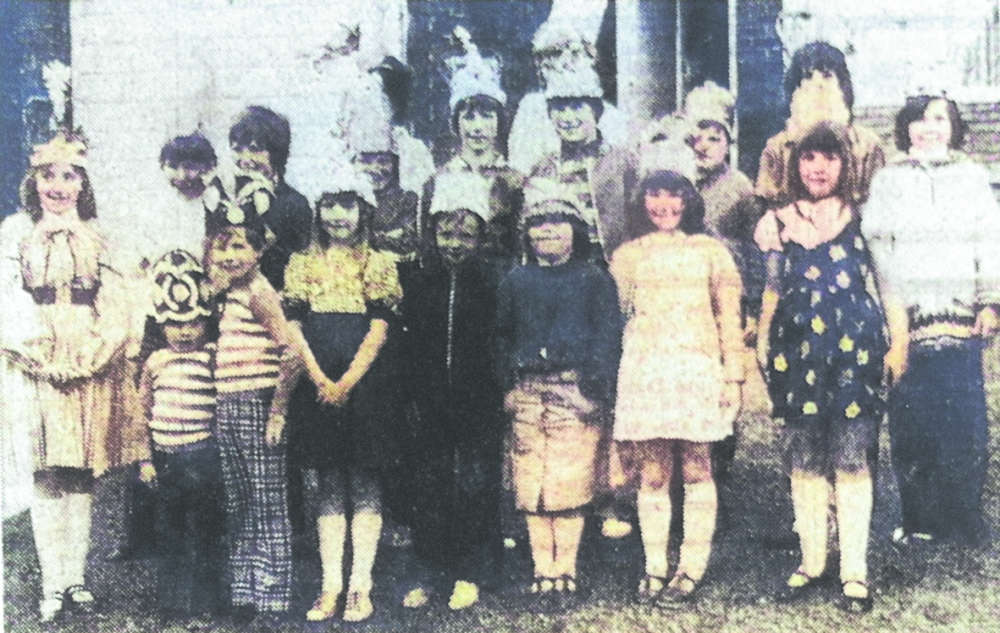 Jill Morris at the Tameside Local Studies and Archives Centre has been looking back to how we celebrated the Silver Jubilee back in June 1977...

As we celebrate the Queen’s Platinum Jubilee this month, we look back 45 years to see what we were doing locally, when it was the Silver Jubilee in 1977.

Leaders of the Crowhill and West End play schemes organised a party for the children that was held on the spare ground opposite West End School. They had a jazz band named The New Orleans and a rock and roll group providing music. Games and competitions and hat making were also on the agenda.

A Dukinfield nonagenarian Mary Elizabeth Harris, born during the reign of Queen Victoria, was crowned Jubilee Queen of Sycamore Close, Dukinfield, at their beautifully decorated street party. Residents of Tower Street and Sandy Grove were allowed to use Tame Valley Methodist Church for their party, catering for 80 children with a Jubilee cake made by Maureen Jackson.

Another big party for 200 children from the Chapel Street area transferred to an old railway shed next to Clarendon Fields when the weather turned wet.

Her Majesty sent her best wishes for an enjoyable street party to residents of Kings Road, Ashton. She was thanking them for the ‘kind and loyal greetings’ expressed in a Jubilee message.

In Audenshaw, the residents in Chapel and Cartwright Streets held a Jubilee party on June 7, with a fancy dress parade, games, competitions and a disco. A visit to Windsor House, a care home in Denton, was visited by children dressed as the Queen, Prince Philip and four Beefeaters from Denton West Ballet Club.

A giant mural was painted on the gable end of Wilfred Cleary’s butcher’s shop on Whiteacre Road, Ashton. It was created by The Noah’s Ark Crew, which was led by artist David Vaughan. It was the fifth mural the crew had painted in Tameside, but are there any still around?

York House Hotel in Ashton held a competition for pensioners with 12 prizes of a Silver Jubilee dinner, held on June 21.

In Heyrod, around 100 children were catered for with a sit-down tea organised by Mary Unsworth, with the help of a team set up in the Conservative Club.

At Carrbrook Crescent, a HGV lorry was provided for their feast, which enabled them to stay dry.

Hyde ‘8’ Road Race took place on Jubilee Day, starting and finishing at Windy Harbour Golf Club. Gee Cross Playgroup began their celebrations early, and with 70 street parties planned in Hyde and Hattersley alone, it was going to be a huge celebration. At Philip Way, Hattersley, a special cake was cut into 200 pieces for party-goers.

You can take a look at old Jubilee photographs from the area on https://public.tameside.gov.uk/imagearchive/

If you have any photographic memories from the 1977 Silver Jubilee, and you would like to share them with Tameside Local Studies and Archives, for future generations to enjoy, email them to archives@tameside.gov.uk 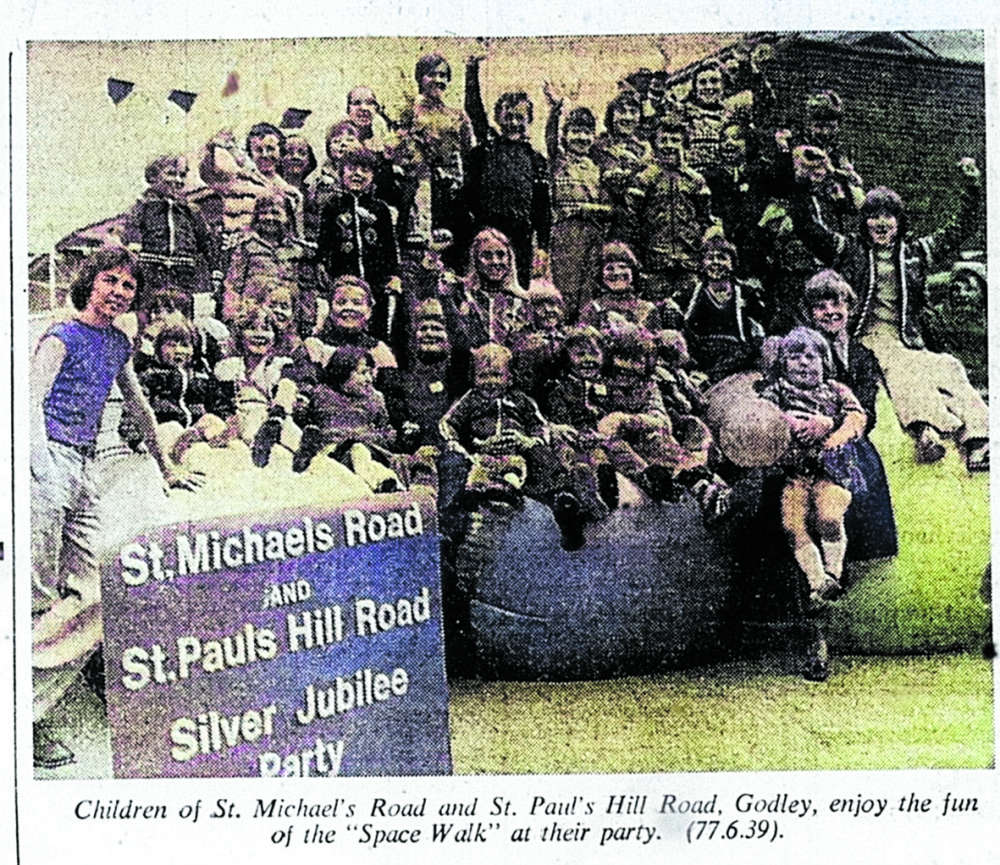 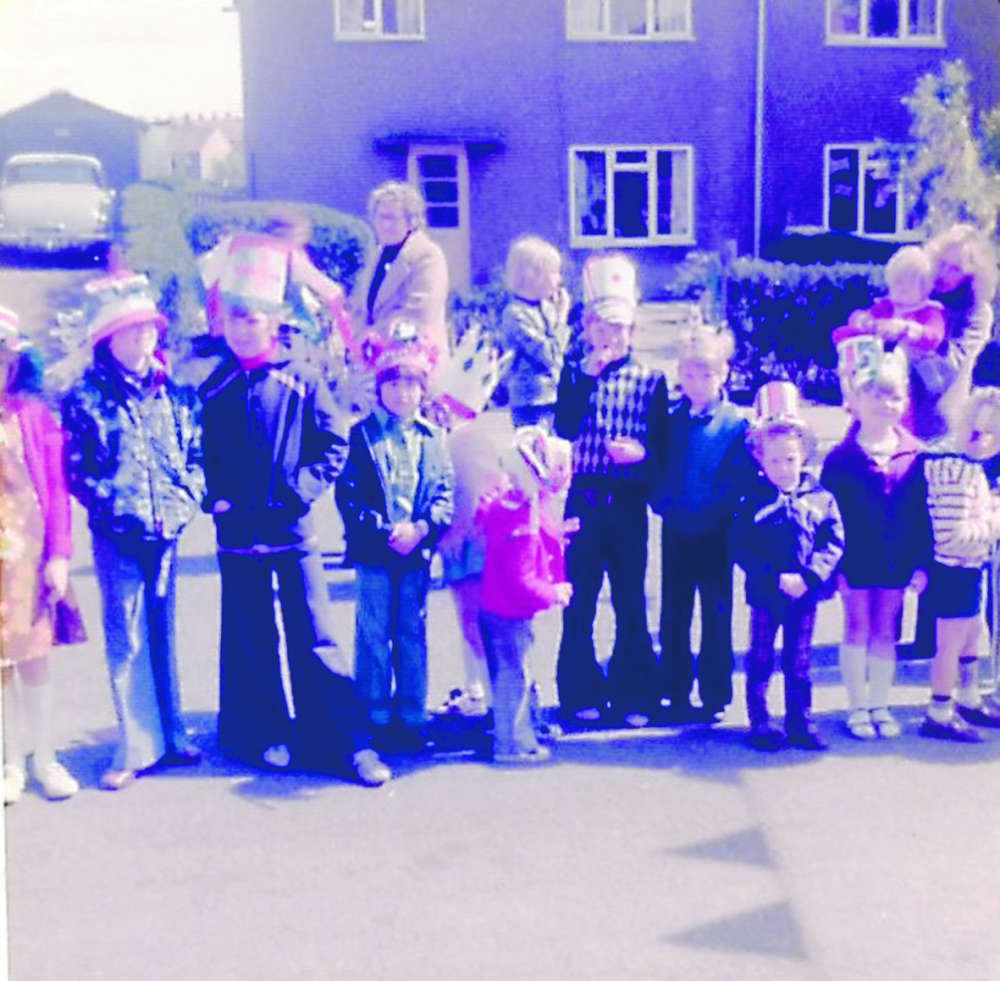 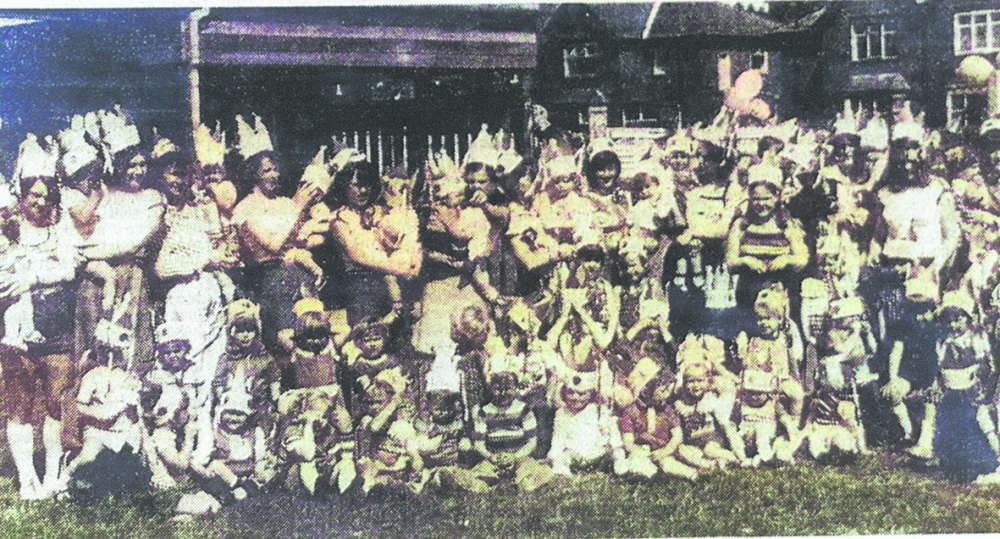 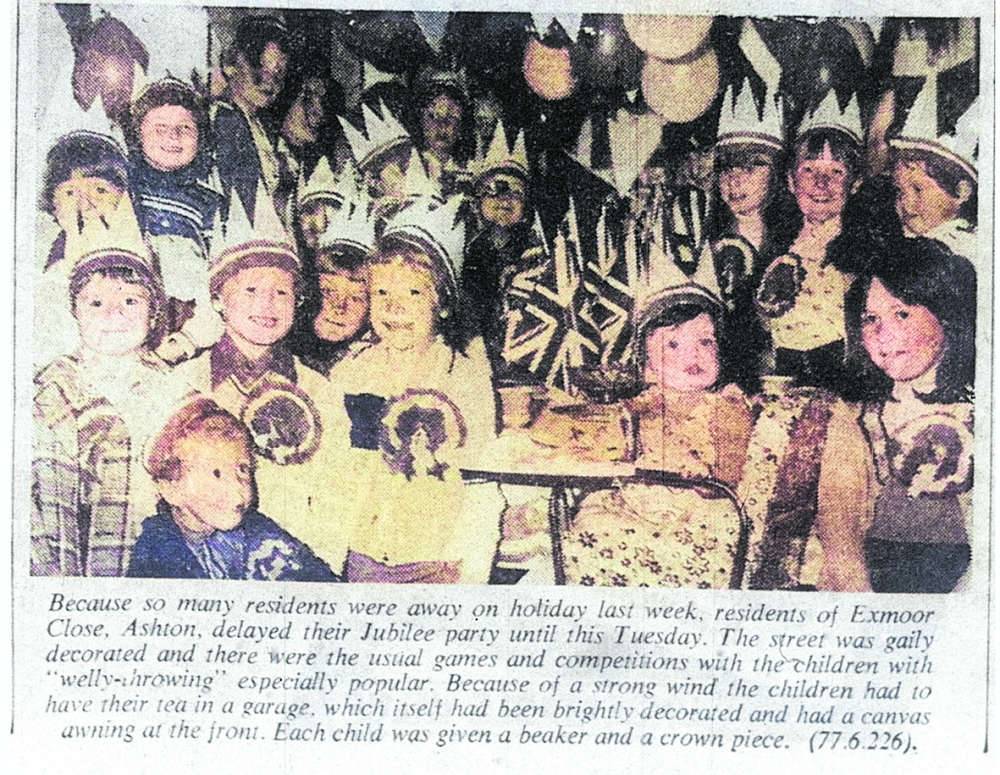