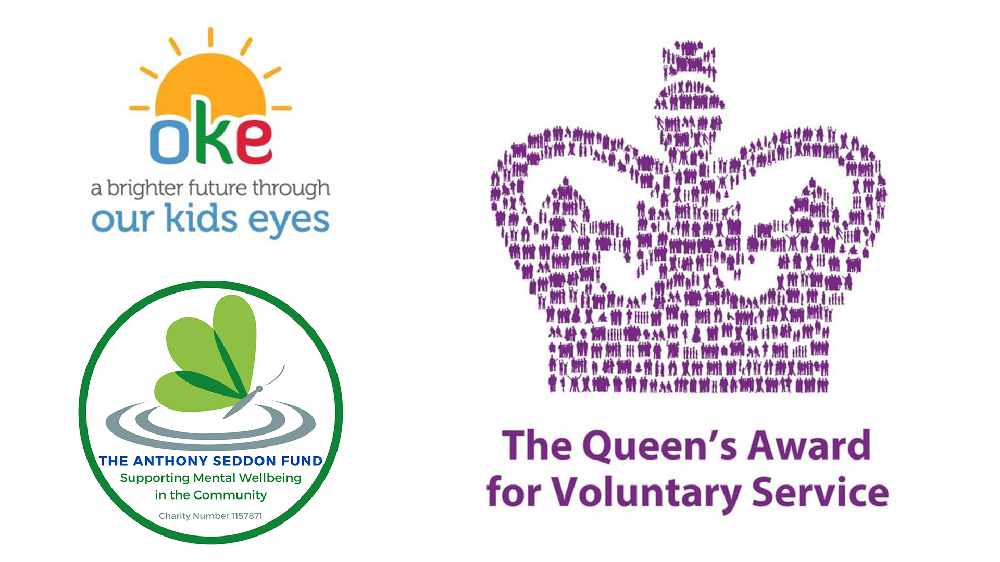 Two Tameside charities - Our Kids Eyes and The Anthony Seddon Fund - have been honoured with a Queen's Award for Voluntary Service.

Commonly known as the MBE for volunteer groups, it is the highest award a group can receive in the UK.

They are part of a group of 241 charities, social enterprises and voluntary groups to receive this prestigious award this year across the UK.

Greater Manchester has received the most awards of any region for the fourth year running.

The Queen's Award for Voluntary Service aims to recognise outstanding work by volunteer groups to benefit their local communities. It was created in 2002 to celebrate the Queen's Golden Jubilee.

Recipients are announced each year on 2 June, the anniversary of the Queen's Coronation. The Greater Manchester award winners will receive their award later in the summer from The Lord-Lieutenant and two members of each group will attend a Garden Party at Buckingham Palace in 2022.

The Lord-Lieutenant said: "This award recognises the contribution an organisation makes within its community. It is a rare honour. It is not won easily and it recognises real achievement, effort, and a major contribution to the community.

"The last 16 months have highlighted just how valuable volunteering is to the country, with groups innovatively continuing their valuable work in the community, despite the restrictions and threat of the virus and I hope many more will be nominated in the future."

Any group of two or more people that has participated in voluntary work for more than three years can be nominated for the award.

Full details on how to nominate are available at https://qavs.culture.gov.uk

Prior to 1997, there were no provisions for children with complex needs in Tameside.

A group of frustrated parents came together in order to lobby the Local Authority and in 2005 they formed the charity Our Kids Eyes, providing support, information and activities for families who have children with special educational needs or disabilities. They also give advice to other Support groups who perhaps have knowledge of one specific disability but not the broad level of expertise which OKE has.

Members of OKE sit on Strategic (e.g. SEND) Council Boards to lobby Councillors ensuring that a sufficient level of support is offered to Tameside families.  They organise Disability Forums to ensure that User/families voices are heard.

Through lobbying, a sixth form college was set up in Tameside specifically so that their users can continue their education.

The Droylsden-based charity said in a statement: "We are absolutely over the moon to announce that our charity has been honoured with the Queen’s Award for Voluntary Service, the highest award a voluntary group can receive in the UK.

"We would like to take this opportunity to say a special thank you to all our dedicated and committed volunteers and everyone who has supported OKE over the years for playing your part in helping us to achieve this wonderful recognition."

The Anthony Seddon Fund was set up in 2014 by a selfless mother and father who tragically lost their son through suicide, aged 30.

They also provide a bereavement café, enabling survivors to do something positive while being supported.

In a statement, the Ashton-based charity said: "This a reflection of all the hard work and dedication our volunteers have shown to the charity over the last seven years, helping to provide mental health peer support to Tameside residents.

"Thank you to all those who have volunteers with us or who have championed our work and supported us over the years."