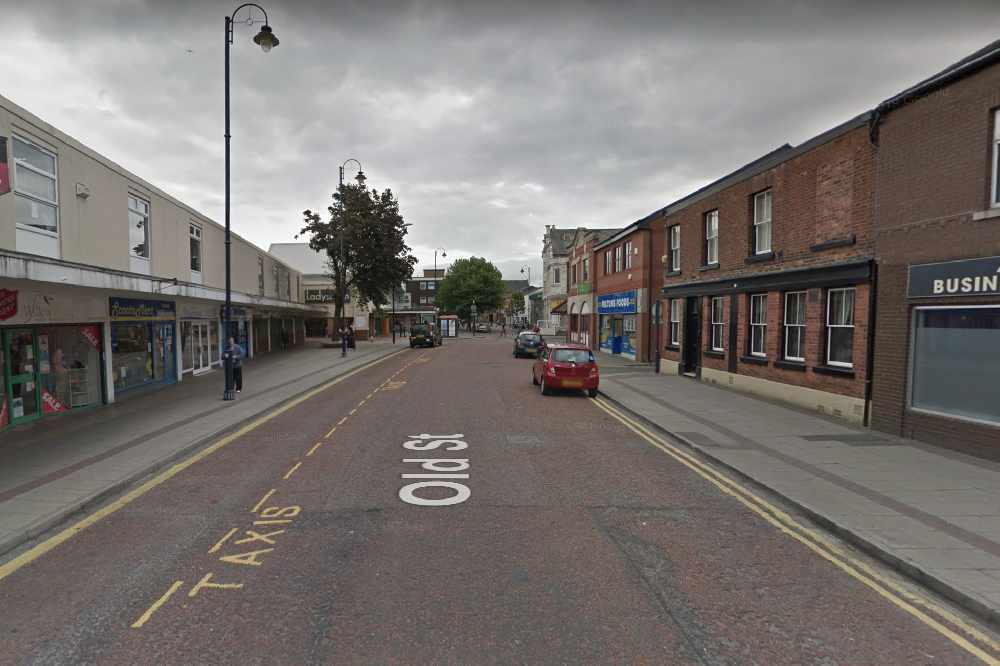 A suspected drink-driver who fled from police before crashing into three cars in Ashton, hospitalising two injured people, has been arrested.

Police say they were alerted to a driver suspected of being over the legal alcohol limit at around midnight on Sunday (October 27).

Officers found the suspect in a Vauxhall Insignia on Church Street and asked him to stop, but he made off towards Old Street and officers didn't engage in a pursuit.

The Vauxhall Insignia then collided with a three vehicles on Old Street (pictured) – a Ford Galaxy, a Nissan Tiida and a Toyota Auris.

The driver of the Ford Galaxy, a 40-year-old man, was taken to hospital with a head injury.

He remains there in a stable condition and is expected to be discharged shortly, police say.

A passenger in the Ford Galaxy – a 38 year-old woman – was also treated in hospital with minor injuries.

A 42-year-old man was arrested at the scene by officers on suspicion of dangerous driving and drink driving.

He also suffered minor injuries and remains in custody for questioning.

The incident will be referred to the independent office for police conduct (IOPC) – as is normal policy in circumstances like this.

Police are appealing for anyone with information or dash cam footage to get in touch with them as soon as possible.

Sergeant Brian Orr, of GMP’s Serious Collision Investigation Unit, said: “First and foremost our thoughts are with those injured during this incident – especially the driver of the Ford who suffered a serious head injury. However, I am pleased to say that he is in a stable condition and is expected to recover.

“We are keen to hear from anyone who may have seen any of the cars the lead up to the collision – do you have dash cam footage of the incident or any information that could help? Even the smallest detail could prove vital as we piece together exactly what happened.”