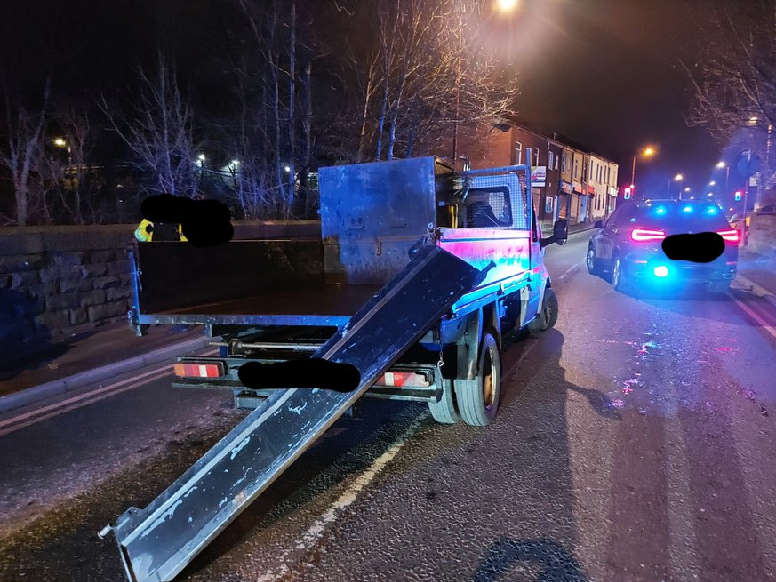 Two men are in police custody after a suspected stolen vehicle was pursued and stopped by police in Tameside.

When they tried to stop the vehicle, it drove at the patrol before driving off, with a stinger deployed on Lily Lane in Ashton around 10 minutes later.

The van carried on while being tracked by three patrol cars, eventually coming to a stop on Cavendish Street at 11:33pm where two men were arrested.

The driver, 26, is being questioned in police custody on suspicion of failing to stop, dangerous driving, driving while disqualified, failing to provide a specimen and theft of a motor vehicle.

The passenger, 40, has been arrested on suspicion of theft of a motor vehicle.

Inspector Jonathan Shilvock, of GMP's Specialist Operations Branch, said: "Officers tried to stop the vehicle due to the manner of its driving. It has then tried to ram the traffic patrol and driven off.

"Over the next 15-20 minutes, several Specialist Operations officers, from the Roads Policing Unit, the Tactical Firearms Unit and the Dogs Units, as well as from the Tameside Neighbourhood Team, were involved in stopping the vehicle and detaining the two males.

"This was a demonstration of great teamwork across a number of GMP branches."