Trophy for Ashton school which raised hundreds for poppy appeal 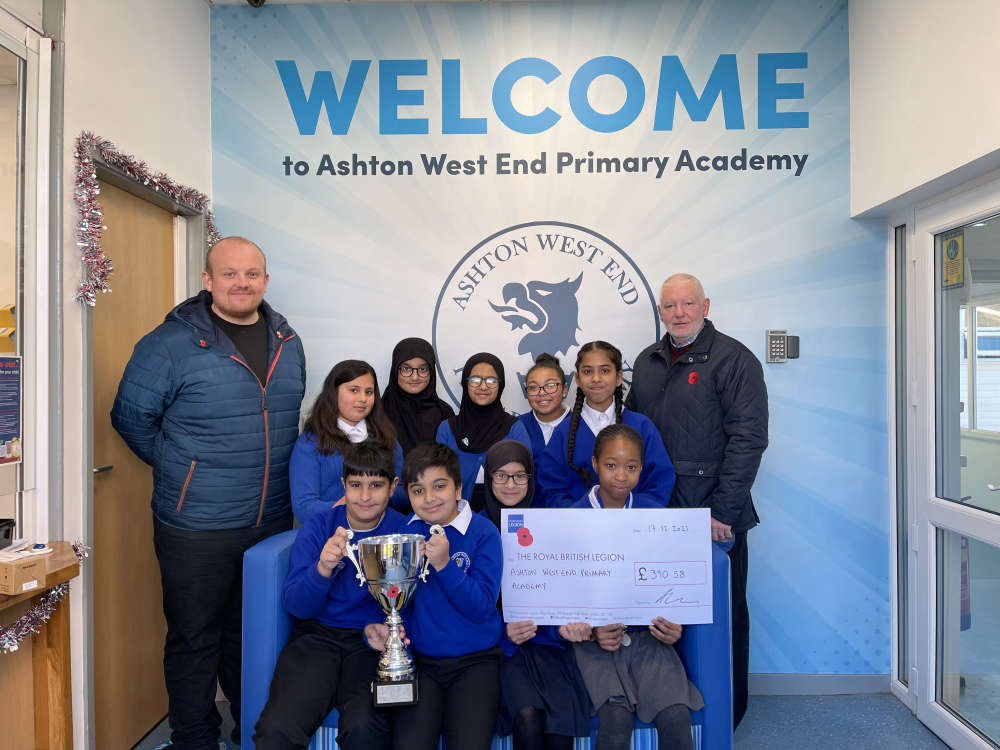 An Ashton primary school has been presented with a trophy after raising the most money of any school in the town for the Royal British Legion Poppy Appeal.

They were presented with the Mary Davies Trophy by Ashton Branch President David Brown and Branch Vice Chairman Alex Kershaw before finishing for the Christmas holidays.

The trophy is named in memory of Mary, who was a long standing member of the branch that worked in conjunction with schools.

After passing away a few years ago, the branch wanted to do something in her memory. Now, each year the school in Ashton that raises the most money for the Poppy Appeal will receive the trophy to display for the year, with their name engraved on a plaque forever more.

More than £50,000 in total was raised through the 2021 appeal, which will go to supporting veterans and their families.

David says that the trophy is designed to start friendly competition between schools, with the ultimate aim to raise more money for the RBL.

He said: “Because all the schools are now competitive, we thought lets spice it up a bit and we thought it was a nice touch to do this.

“The schools are keen to do the poppy appeal every year so we thought this adds a bit of competition to it and the kids love competing.”

Alex added: “The school raised £390 which is a big step up from last year. Some schools came close, some were a little bit further away but we hope this competition will get schools competing against each other.

“Just seeing them take the trophy back to their classroom to share with other pupils who raised this money is fantastic and on behalf of the branch thank you very much to everyone who has donated this year, not just the schools but everyone from Ashton and the surrounding areas.”