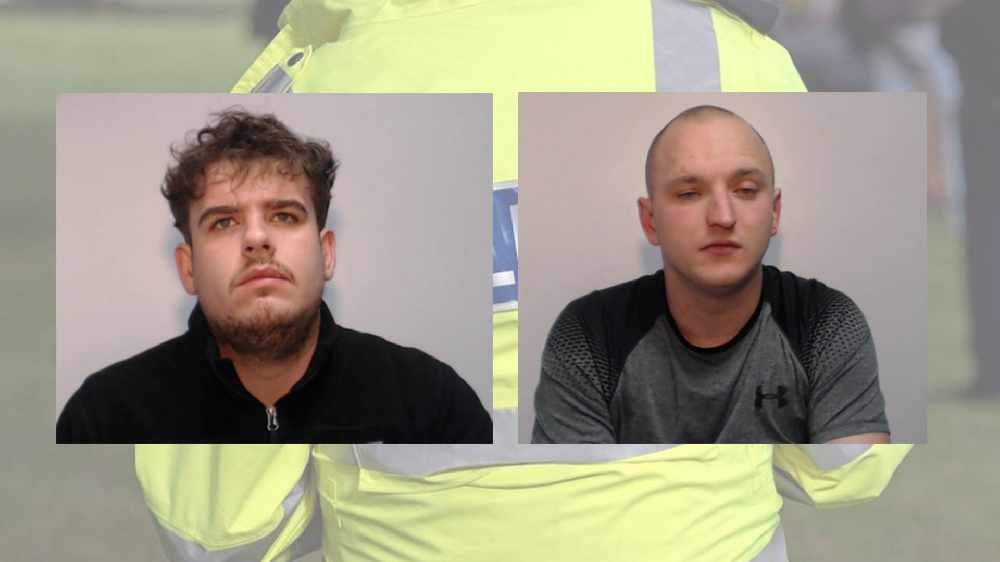 Two men and a teenager who caused thousands of pounds in damage and stole hundreds of pounds worth of drinks when breaking into a shopping centre in Droylsden have been sentenced.

The gang were spotted on a business owner's CCTV acting suspiciously and were seen inside the shopping centre on Queens Walk, at around 7.45pm on 27 October last year.

A 17-year-old boy, who cannot be named for legal reasons, and 27-year-old Jordan Owens and 22-year-old David Jones were arrested when police arrived on the scene.

It was found the trio had smashed their way into the shopping centre, through a large glass window at the front of one of the vacant shops, before forcing their way through a wooden door at the back of the shop - causing substantial damage.

Once in the centre, they were spotted on CCTV walking around and trying to enter a number of other secure shops armed with sledge hammers and crown bars.

The stolen items, £338 worth of drinks, were placed into a green wheelie bin and wheeled to a white van - which was found to be stolen from Wellington Street in Manchester on 1 October - in a nearby car park.

Two of the gang unloaded the stolen goods from the bin into the van in the car park and then returned to the shopping centre with the bin when they were disturbed by police.

Over £3,000 pounds worth of damage was caused, Greater Manchester Police have said.

Owens, of Darkerwood Close in Manchester, pleaded guilty to burglary other than dwelling, criminal damage and three counts of attempt burglary and was jailed for 28 months.

Jones, 22, of Victoria Avenue in Blackley, pleaded guilty to burglary other than dwelling, criminal damage and three counts of attempt burglary and was jailed for 28 months.

They were both sentenced at Manchester's Minshull Street Crown Court on 29 January 2021.

A 17-year-old boy, who cannot be named for legal reasons, pleaded guilty to burglary other than dwelling, criminal damage, possession of a controlled drug of class B and three counts of attempt burglary and was given a youth rehabilitation order for 12 months, banned from visiting the Droylsden shopping centre and prohibited from associating with Jones and Owens.

He was sentenced at Manchester Magistrates' Court on 9 February 2021.

Detective Constable Natalie Fairhurst, of Tameside CID, said: "This was clearly an organised attempt to break into as many businesses as possible and steal items from within during a time where businesses are struggling and many shops are having to close due to the pandemic.

"They all came prepared - wearing gloves and face covering and had all the tools with them to force doors open. I'm pleased that they have all been brought to justice."