Three guns found in rucksack pulled out of canal in Hyde 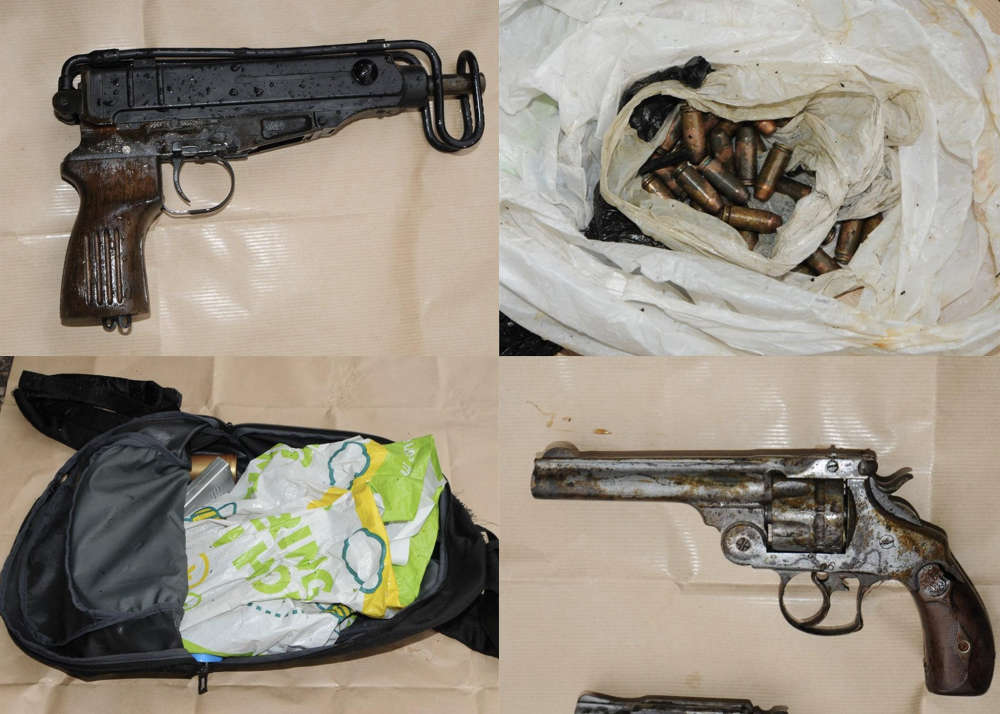 The weapons and ammunition found in the bag discovered in the canal. Image: GMP.

Detectives are appealing for information after three guns were found in a rucksack which was pulled out of a canal in Hyde.

Police were called to the canal near to the bridge 7, Captain Clarke's bridge, just after 5.30pm on Saturday 3 July to a report of firearms and ammunition found in a bag in the water of the Peak Forest Canal.

Emergency services attended and found a rucksack containing two handguns, a machine gun and ammunition that was pulled out of water.

Greater Manchester Police say an investigation was immediately launched and a number of enquiries have been carried out since the discovery.

But detectives are now appealing for anyone with information to come forward to assist with the ongoing investigation.

Detective Inspector Simon Akker, head of GMP's Serious and Organised Crime Firearms Investigation Team, said: "Residents nearby will no doubt be shocked at the discovery but I'd like to reassure them that we have been rapidly following up a number of lines of enquiry and there is believed to be no wider threat to the public.

"We're now appealing as someone may have information that may be able to assist us with our ongoing investigation.

"We are absolutely committed to taking such lethal weapons off the streets of Greater Manchester and have already seized over 100 in the last year.

"Though some of our work around firearms isn't always visible, a team of detectives are continuously working to crack down on those involved in the use, trade and criminal conversion of firearms in the region and we will ensure they are brought to justice."