They're in the money 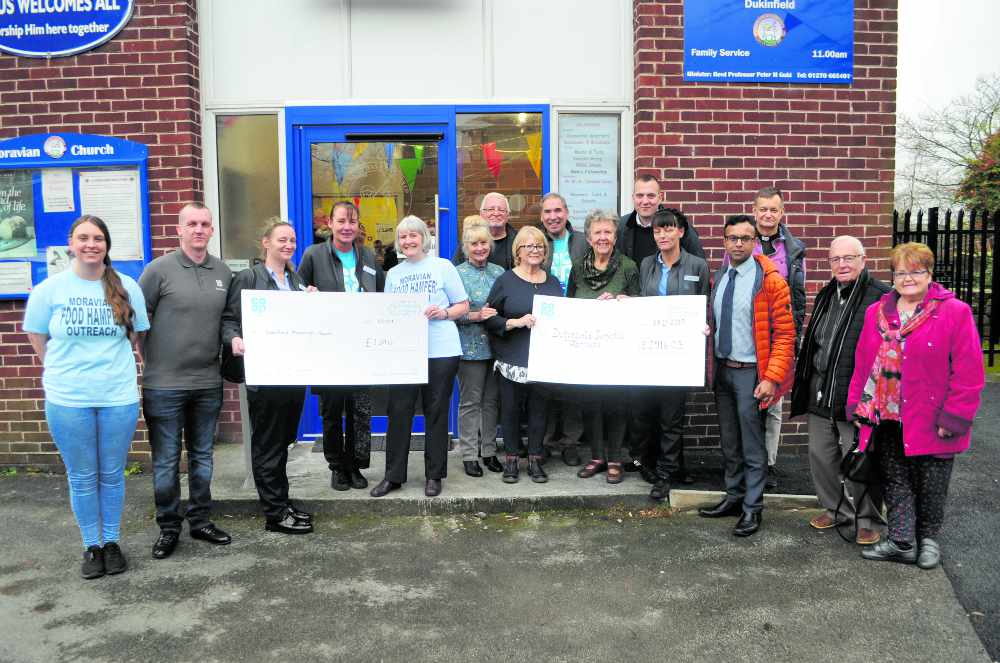 Three Tameside charities have received a festive windfall thanks to local Co-op members.

Members who spend at the Co-op stores in Dukinfield and Audenshaw and the Co-op Funeral Care in Ashton have been raising money with the simple swipe of a card.

Every time a member swipes their Co-op card, the company donates one per cent of their total spend to the chosen charities.

Over the last nine months, the scheme has raised £9,000 for charity, which has been split between Dementia Warriors, Dukinfield Moravian Church’s Hamper Outreach and Infinity Initiatives’ Pay-What-You-Can café.

But the fundraising doesn’t stop there.

Three new charities have been chosen to benefit from Co-op members’ spending for the next nine months - Reuben’s Retreat, Tameside Pride and Fighting Spirits.

Staff have thanked Co-op members for helping to raise the amount for three wonderful causes and are encouraging other residents to sign-up in-store, to help raise more money for charities.