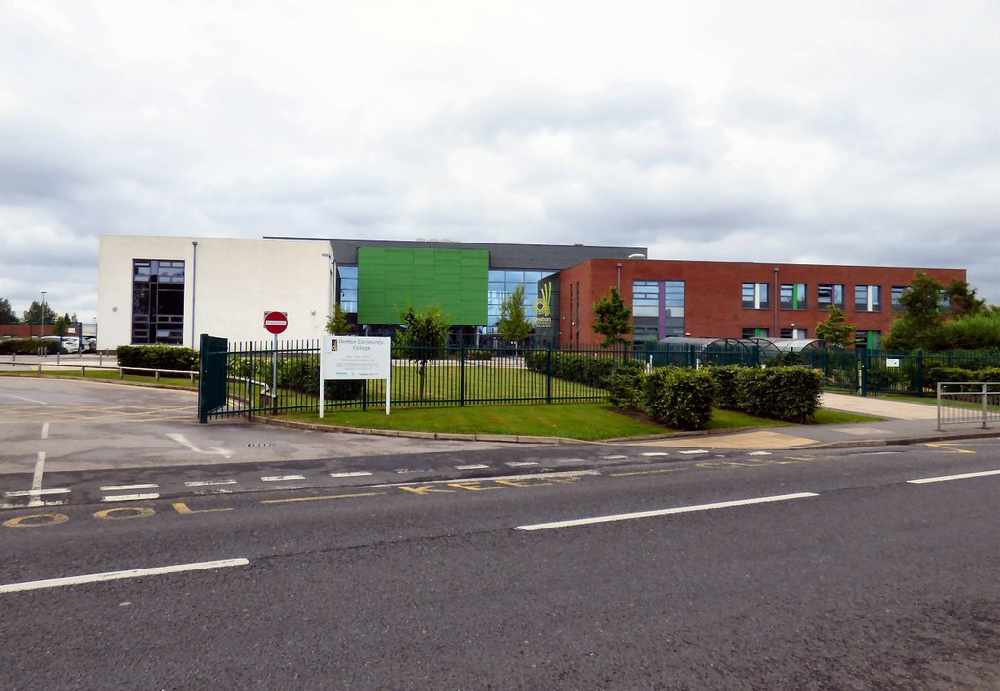 A new temporary classroom block could be built at Denton Community College to accommodate a huge ‘bulge’ in the number of pupils studying there this year.

The high school has applied to the council for permission to build a new ‘modular’ building containing six classrooms and a workroom.

Documents submitted to the town hall state that the additional teaching space is needed because pupil numbers at the school are to rise this September, from an admission of 270 places to 330.

This ‘bulge’ in new students will exceed the capacity of the college, which is 1,350 pupils.

The agent for the application, Elite Systems GB Ltd, states: “Tameside schools are at capacity and so there are no other options for pupils in terms of alternative schools with lower pupil numbers / surplus spaces.”

The building will be situated at the rear of the main school building, but will be put together off-site in a factory and then transported to school and craned into position.

“The location will have a low visual impact on surrounding properties as the site is not prominent to public view,” the agent adds.

“A large effort has been made in the design stage of the building to ensure that the building has as low a carbon impact as is possible.”

It will be mainly made of timber, and have LED lighting and a ‘highly efficient heat pump system’.

The high school, on Taylor Lane in Denton, teaches boy and girls from the age of 11 up to 16.

It opened in September nine years ago with a new £24 million building being built on the Egerton Park site, delivered through the borough’s £300m ‘Building Schools for the Future’ project

The school is a merger of two other schools in the area that closed in 2010 – Egerton Park Arts College and Two Trees Sports College.

It operated on two sites until January 2012 when the new school building opened to students.

The college was rated ‘good’ at its last Ofsted inspection in 2015.

It’s expected that a decision on the new classrooms will be made by September 26.