Teen arrested after police car ends up on roof in Audenshaw 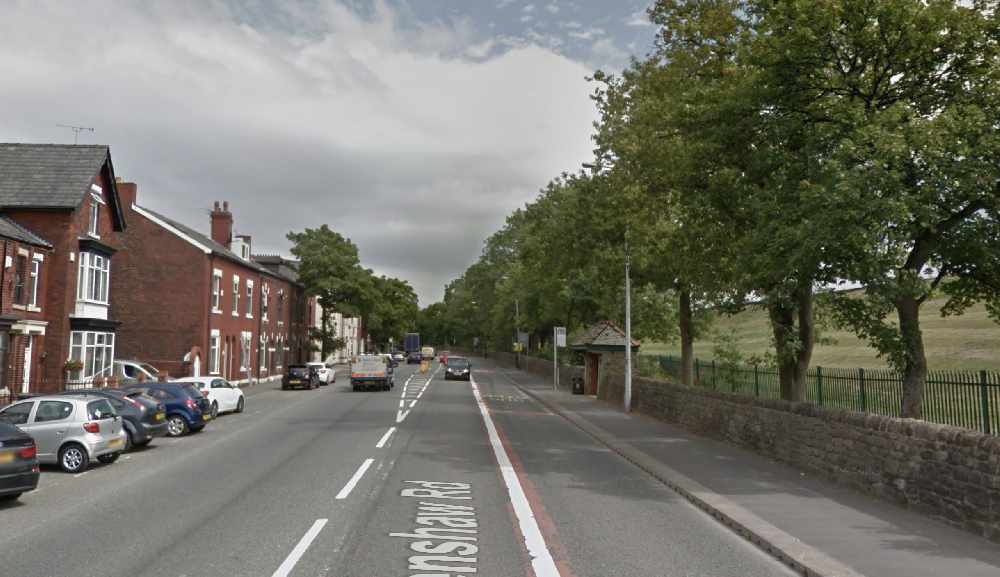 A teenage boy has been arrested after a police pursuit ended with a force vehicle on its roof in Audenshaw, following a car-jacking at knifepoint.

The 15-year-old has been arrested on suspicion of robbery and dangerous driving.

Police were called initially to reports of a car-jacking at knifepoint in Oldham and officers began chasing the vehicle - suspected of being stolen - before what police describe as a "tactical collision" took place on Audenshaw Road (pictured).

A police officer suffered minor injuries but didn't require hospital treatment after the squad car they were travelling in overturned.

Chief Superintendent Chris Allsop, who is Territorial Commander for Tameside, paid tribute to the officers who still managed to escape from the vehicle and arrest the culprit.

He tweeted: “I am lucky to work with some incredible people. Two officers from GMP Ashton pursue a potentially armed suspect, their car overturns and lands on its roof and they still manage to climb out and get their man. Thankfully only minor injuries.”

There was a large police presence at the scene and the road was closed in both directions for a period, while local residents witnessed a police helicopter hovering in the area.

A spokesperson for Greater Manchester Police said: "Police were called at around 6.15pm to reports of a car-jacking at knifepoint on Brookhill Close in Oldham.

"Responding officers became engaged in pursuit of the suspected offending vehicle and a tactical collision took place on Audenshaw Road.

"A police officer suffered minor injuries as a result of the collision and did not require hospital treatment.

"The victim of the car-jacking wasn’t injured but was left understandably shaken. A 15-year-old boy was arrested on suspicion of robbery and dangerous driving."