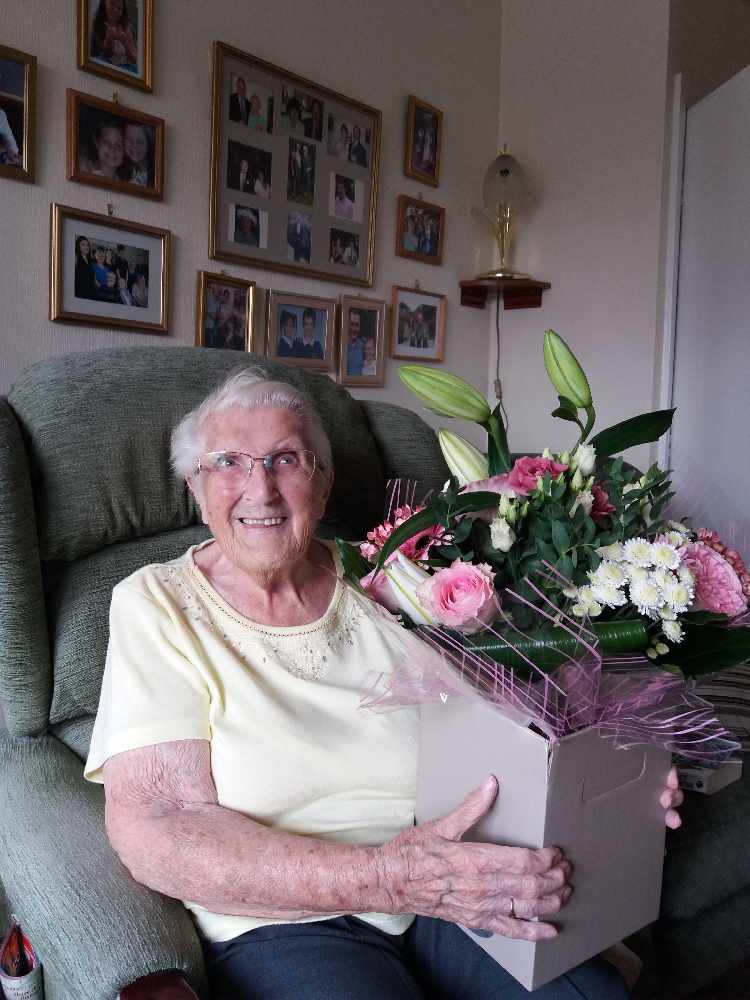 There were special celebrations in Hyde recently as a much loved great-grandmother celebrated her 100th birthday.

May Martin, who lives at an independent living scheme in Hyde, received flowers from employees and fellow residents on her special day. She’s lived at the home for 22 years, which makes her the longest serving resident.

Originally born in Dukinfield in 1919, May lived there until moving to Kent with her husband who was in the Royal Navy. When he was posted to Malta, May and her children moved with him, before eventually returning to Tameside.

The 'silver surfer' learned how to use a computer whilst in her 80’s, regularly using her devices to keep in touch with her family via Facebook.

The home threw at birthday tea party for May, which she greatly enjoyed. She also had a large family party in Ashton House, with over forty members of her family attending, including her three children, six grandchildren and eleven great-grandchildren.

May said, “It is has been wonderful to celebrate my centenary with family and friends. I had a wonderful party on my birthday evening at Ashton House. Also, thank you to Jigsaw for the flowers and to Margaret, the Scheme coordinator, for the little party she laid on as a birthday gift – it has made my birthday extra special.”