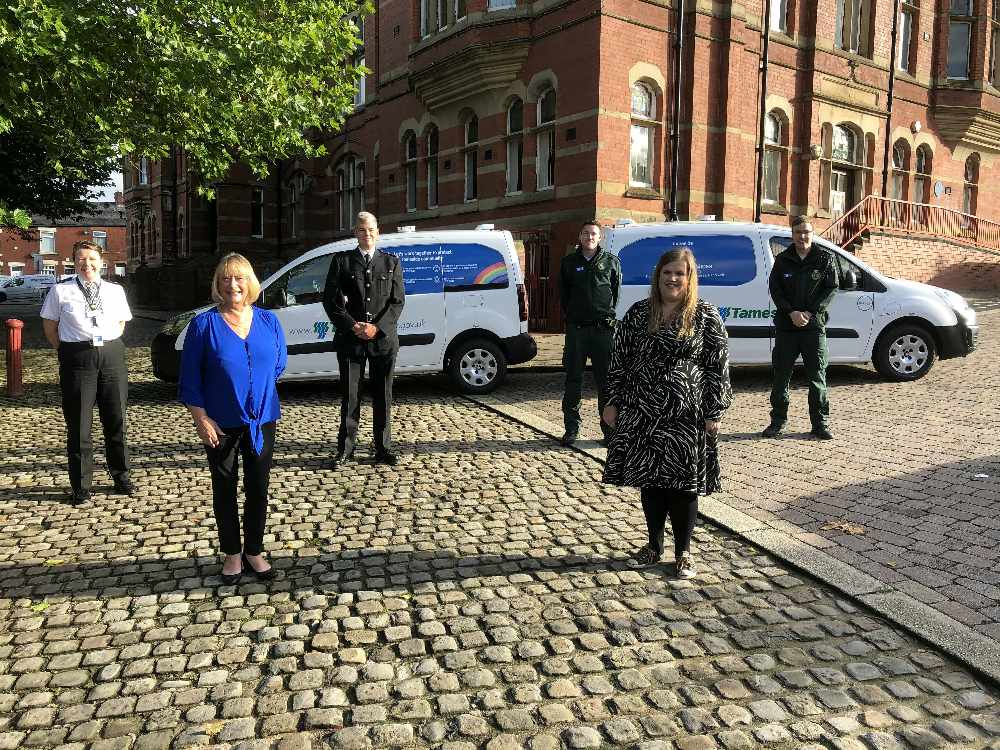 The selfless dedication of emergency services workers who put their lives on the line for others is being recognised and remembered in Tameside on 999 Emergency Services Day.

Tameside Council Executive Leader Cllr Brenda Warrington was joined by representatives of police, fire and rescue and ambulance outside Dukinfield Town Hall at 9am on Wednesday 9 September (9th hour of the 9th day of the 9th month) to commemorate the day.

They unveiled two council vehicles which carried a special message of thanks from Tameside to the NHS and emergency services, as well highlighting the #ItWorks campaign and what everyone can do keep themselves and others safe from Covid-19. 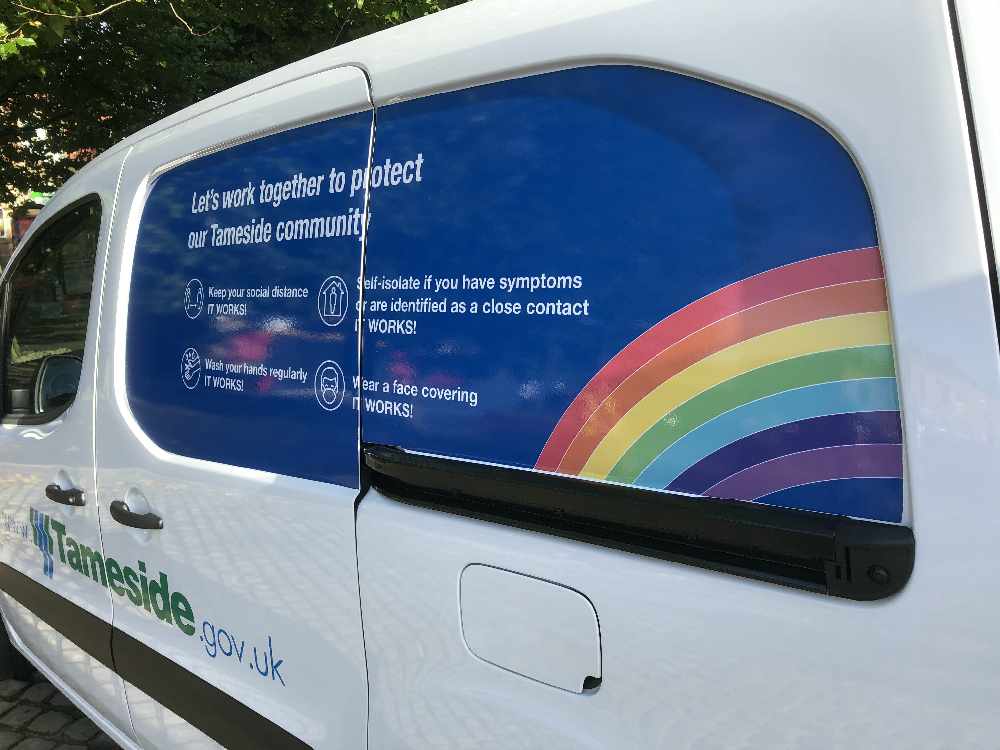 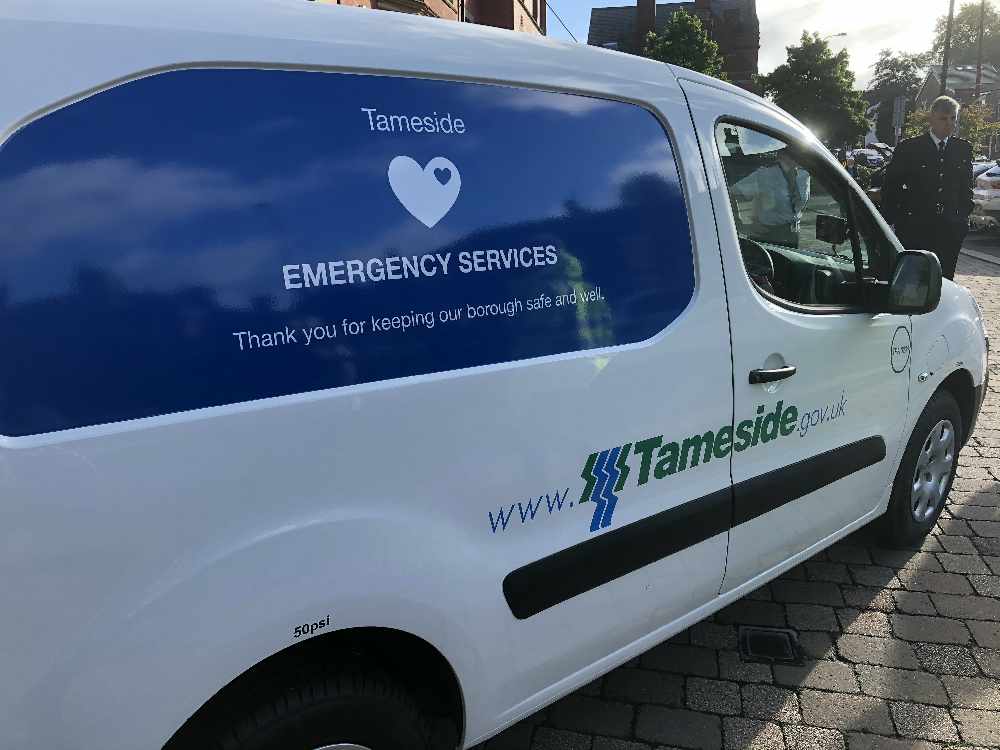 The national 999 Emergency Services Day is held annually as collective message of thanks and remembrance to all those staff, volunteers and their families working in the NHS and emergency services and to those lives that have been lost.

Tameside Council Executive Leader Cllr Brenda Warrington said: "The unprecedented challenges of this year have particularly highlighted the extraordinary commitment of the men and women who work in the NHS and emergency services. Thank you for your exceptional service, which will always be remembered and valued." 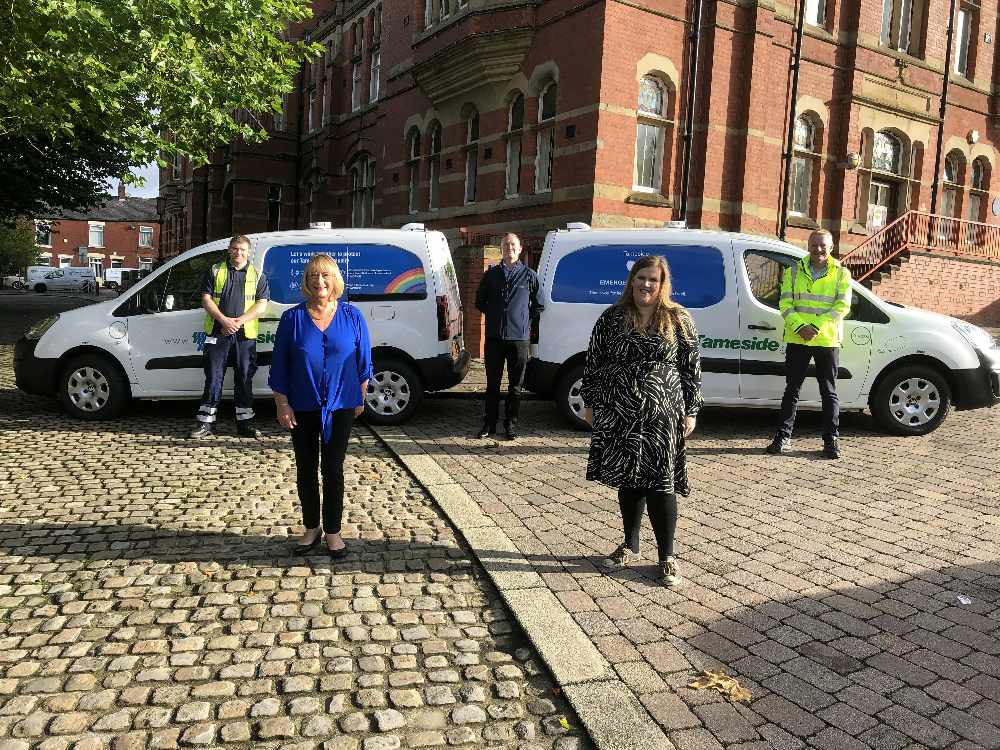 The charity is raising at least £3.2 million to build the UK’s first national ‘999 cenotaph’ to honour all who have served in the NHS and emergency services. This important national monument will be a national symbol of gratitude, sacrifice and remembrance to the brave men and women who serve in the NHS, Police, Ambulance Service, Fire Service and Search and Rescue services.

Listen to Tameside Council Leader Brenda Warrington thanking the NHS at Dukinfield Town Hall at 9am in the clip below.