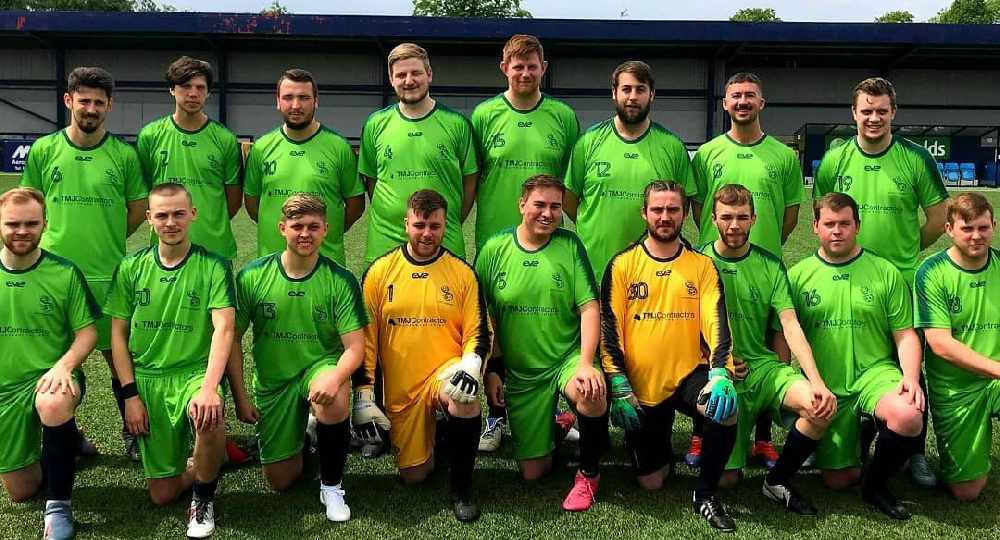 Pre-match warm-ups are about to take on an entirely new dimension for one football club, thanks to a winter-support grant.

Infinity Initiatives FC plan to spend the £4,465 - acquired through Tameside Adult Services - on training kit such as jackets, hats, bibs and gloves, to help them cope better with winter weather.

They are also going to look to rent a floodlit base in Tameside, so members no longer have to travel out of the borough.

The club - which is associated with the Mossley Road, Ashton, scheme helping vulnerable men - was established a year ago and fields a team in the fourth division of the Tameside League.

Manager Djamal Denidni explained: “Some of our members are refugees and asylum-seekers, and others are people who’ve suffered mental-health issues because of the loss of a family member. Or they may just be going through a hard time.

“Anyone can come along and that includes women. Some of our people have been playing football for 10 years and some have never played before. We’ve got people over 40 and others who are 18. It really doesn’t matter.

“What we’re about is getting people out of their houses and giving them the chance to make new friends. We’re very inclusive.

“If they don’t want to play football competitively, or turn out on a Sunday morning, they can just come to keep fit, have some fun and a bit of banter for free. They’re a great bunch and I’ve seen some really good friendships develop.”

The winter grants – which were offered to the voluntary, community, faith and social-enterprise sectors to provide community-based support for those in need – were made possible by an allocation of government funding. The only stipulation was that applicants had to provide activities that help people in Tameside.

Djamal got involved with Infinity Initiatives through his mother, Linda, who has supported the scheme since its earliest days. When talk turned to having a football team, he was eager to help.

On the timetable for the summer is a tournament named the Kieran Quinn Cup, in memory of the Tameside Council leader who died at the end of 2017.

Djamal said: “There’ll be six teams involved, including Tameside Military Veterans. Kieran’s son Matthew plays for us. He’s a great lad and we’re happy to have the competition in memory of his dad.”

“They offer exactly the sort of community project the winter-support grants were designed for. They’re inclusive, welcoming and offering a place where people can get together and make friends.”