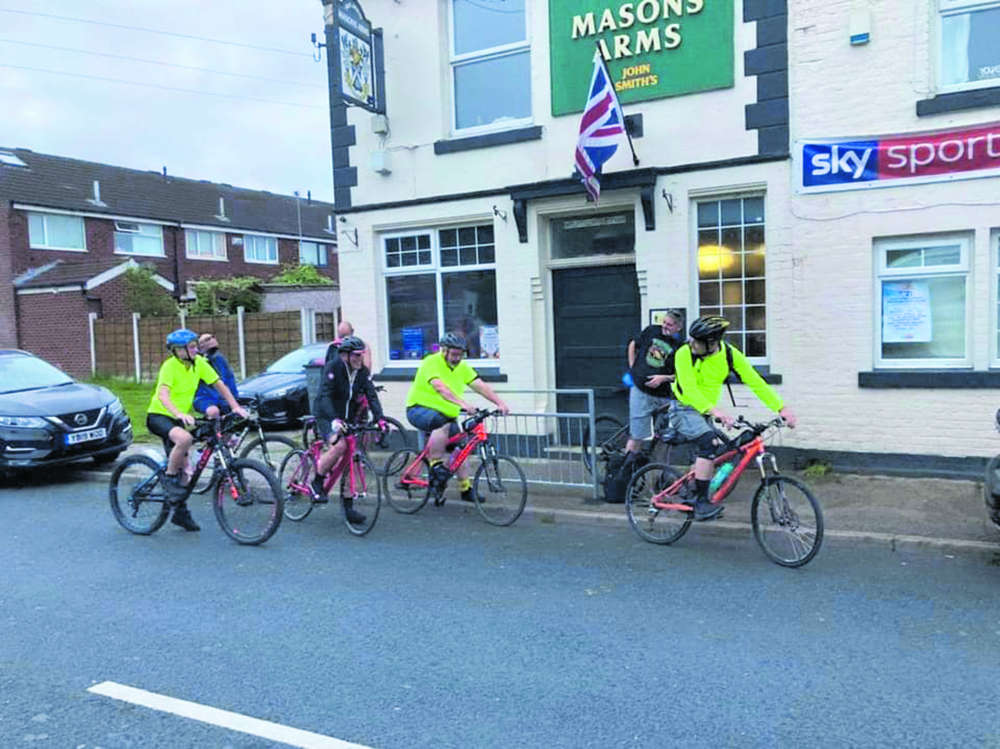 Fundraising cyclists from Tameside were hailed heroes this week after rescuing a woman from a bridge.

The cycling team had set off from Dukinfield to Blackpool on a sponsored ride on behalf of Ashton mental health charity The Anthony Seddon Fund.

But no sooner had the riders reached Salford than they were faced with a young woman threatening to jump from a bridge.

Mark Cottam, who is behind the fundraising efforts for the charity, said: “One of the lads distracted her while the other pulled her to safety - she was in a bad way.

“The lads waited with her until the police arrived, then they gave her a hug and reassured her life wasn’t so bad.”

Although shaken the team went on to complete their sponsored cycle.

The fundraising for the charity will continue at the pub this Sunday with live performances from 2-11pm, accompanied by food and fundraising activities.

Mark added: “I chose the charity because of the mental health effects of lockdown on the community. Nobody could get out and as the months went on it got harder and harder for people.

“Not just the elderly, but those who live on their own or with no family around them."