Tameside councillor calls for elections to be postponed over coronavirus

Upcoming local and mayoral elections should be postponed over the coronavirus pandemic as going to the polls would be 'too much of a risk', a senior councillor has argued.

Coun Oliver Ryan, Tameside’s cabinet member for finance, said they should follow the same precedent set during the 2001 foot and mouth epidemic which delayed local elections by a month.

Currently the vote on May 7 is due to go ahead as planned, with thousands of voters in more than 100 local authorities in the country due to head to polling stations.

On the same day voters will also be choosing Greater Manchester’s next mayor, with incumbent Andy Burnham seeking re-election.

But Coun Ryan (pictured below) warned the elections could pose a severe public health risk as current predictions indicate that early May could be the ‘potential height of the pandemic in the UK’.

“Elections are a big organised thing, there are people out campaigning, thousands of counting staff and hundreds of thousands of people going to ballot boxes,” he said.

“And this will be when the peak of the coronavirus is expected to set in.

“How do you protect everybody voting and everyone involved in the count, or counting postal votes?”

“My view is that we should postpone the local elections. It just seems like too much of a risk to me.

“If you’re cancelling large events all over the country like football events and closing schools, local elections are a similar thing, it’s a huge event especially in the metropolitan boroughs.

“For the sake of staff and the people counting the ballots, it’s going to be difficult to do during a pandemic.” 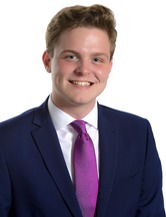 He added: “It’s not a political thing, I’m happy to have the election any time and we are already out campaigning and we will continue to do that.”

Nine of the region’s boroughs; Bury, Bolton, Rochdale, Oldham, Tameside, Wigan, Trafford, Manchester and Stockport will have one third of their councillors up for election on May 7.

But in Salford it will be an ‘all out’ election – meaning all 60 seats will be up for grabs.

Eight directly elected mayors and 40 police and crime commissioners are also scheduled to be elected across the country.

Following today’s meeting of the government’s emergency committee COBRA, it is expected the UK will switch to tactics aimed at delaying the spread of coronavirus, rather than simply containing it.

It comes after the World Health Organization labelled the outbreak of the disease as a pandemic.

Schools, colleges and other public facilities in the Republic of Ireland are to close until March 29.