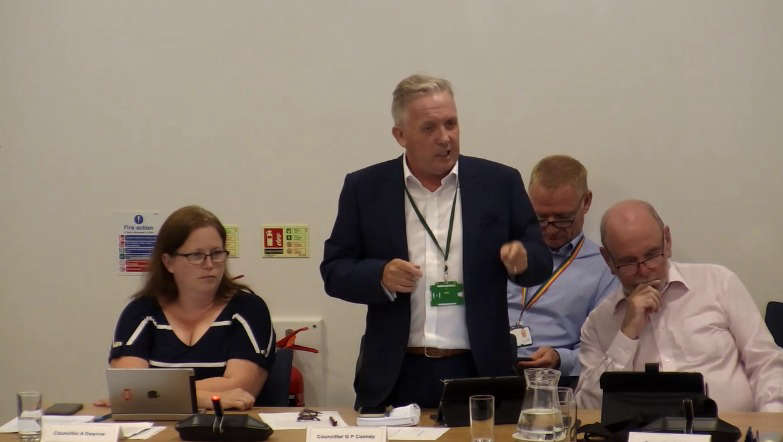 Tameside Council's ruling group has undergone a reshuffle ahead of its new leader being confirmed next week.

Following the last minute resignation of Brenda Warrington from the role of the leader of the Labour group, there has now been a shake-up of cabinet positions which has seen several of her key allies ditched.

A further shake-up of Tameside’s cabinet and key committee positions took place on Thursday night, which has seen a number of former backbenchers moved into leading roles.

Coun Jacqueline North, who represents Longdendale, was moved into the role of first deputy with responsibility for finance, resources and transformation – a revamp of the position which had previously been occupied by Coun Oliver Ryan.

Overseeing the environmental services brief will be Coun Denise Ward, and Coun Dave Sweeton has been given the business and employment portfolio, while Coun John Taylor was given the portfolio for adult social care.

Coun Vimal Choksi, who represents Ashton Waterloo, has been appointed to be the executive member in charge of town centres, communities, corporate land and community assets.

And Stalybridge North Coun Jan Jackson has been given the role heading up planning, transport and connectivity.

Remaining in the cabinet from Coun Warrington’s tenure are Coun Bill Fairfoull, who was appointed deputy leader – continuing to hold responsibility for children’s services – Coun Eleanor Wills who has been given the health brief, and Coun Leanne Feeley who is tasked with overseeing education and achievement.

However a number of councillors have been shuffled out of senior positions, including Coun Allison Gwynne, Coun Warren Bray and Coun Oliver Ryan.

The appointments will be confirmed at full council next week.

Droyslden West Coun Cooney publicly launched a bid for the leadership in April, just weeks ahead of the local elections, stating that the borough needed ‘change’.

It followed months of rumbling discontent within the Labour group about Coun Warrington’s leadership style, the regeneration of Ashton town centre and the hugely contentious Godley Green Garden Village plans.

The councillor of more then three decades had said: “Change is happening in the group – the demand comes from the group. The group don’t feel they are making the decisions that affect this council and affect them.”

Coun Cooney will officially be appointed council leader at a full council meeting on Tuesday 24 May.