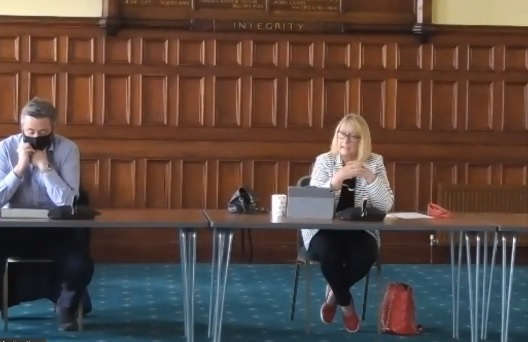 Chiefs in Tameside say they could follow in the footsteps of Stockport and enter into a major regeneration partnership with the Greater Manchester Mayor.

It comes as the council is conducting a review into which of its capital projects, such as the restoration of Ashton town hall, will be deliverable against a funding shortfall of £32 million.

Stockport council has entered into a ‘Mayoral Development Corporation’ (MDC) with Mayor Andy Burnham and Homes England, which will see the creation of a new ‘urban village’ with up to 3,500 new homes.

It will also include up to a million sq ft of employment space, incorporating a mix of office, workshops, retail and leisure, health and education, and could accommodate up to 5,300 jobs.

The project also includes the redevelopment of Stockport railway station and progressing the business case for bringing Metrolink to the town centre.

The MDC, which is the first of its kind nationally, has frequently been hailed as ‘the newest, coolest, greenest’ urban village in Greater Manchester by Stockport council leader Elise Wilson.

Tameside council leader Brenda Warrington told a recent town hall meeting that they are watching the progress of Stockport’s joint enterprise with the Mayor to see if they should take the same approach.

“Stockport town centre has entered into a Mayoral Development Corporation which does have some benefits definitely, and it’s something that we are looking to see if it would benefit us in any of our areas,” she said.

“We haven’t made any decisions on it at this stage, we’re sort of letting them be the pilot and just making sure if it’s something that we feel is beneficial then we will look at doing that.” 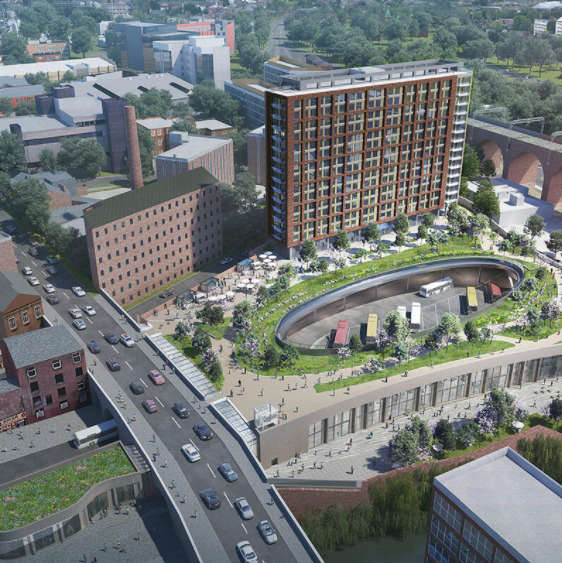 Coun Warrington was responding to criticism from Conservative group leader Doreen Dickinson about the time it has taken to carry out a review of Tameside’s capital programme.

“This lack of action is not building any confidence whatsoever in any ambitions the council has going forward, so when will the new capital programme realistically be put before members?” Coun Dickinson said.

“Some three or four years of this council no longer has a viable capital programme and no means of financing any plan.”

A report to the strategic planning and capital monitoring panel states that there are £40m worth of earmarked schemes on the capital programme.

However even if all the hoped-for capital receipts from the sale of land and assets are realised, this will leave only £7.175m for future schemes – a shortfall of £32m.

This means that the ‘broader capital ambition of the council is currently unaffordable until such time as additional capital receipts are generated’, officers state.

Assistant director of finance, Caroline Barlow said: “All schemes will be subject to review and a refreshed and re-prioritised capital programme will be proposed for member approval later in the year.”

Councillor Oliver Ryan, who leads on finance and growth, said it was right that they were taking a ‘root and branch’ review of the council’s capital programme.

“We’re in a pretty difficult situation in terms of the funding of the capital programme and it’s right that we’re now doing that review,” he told members.

“Obviously Covid has slowed a lot of projects down and things we’d have liked to have been completed last year are pushing into this year and further afield.

“The capital programme has got to match our ability to pay for it, so this financial review that we’re doing now should hopefully set the limits of what can be achievable and we’ll bring those things through in due course.

“But I have confidence in the timetable we’ve set out being summer this year to bring the review forward.”

He added they had an ‘awful lot of ambition for every town in Tameside’.