John Baimbridge appeared before Tameside Magistrates’ Court charged with causing unnecessary suffering to a German Shepherd dog by failing to ensure professional veterinary care was sought for the animal between June 6 and August 31 last year.

He was also charged with failing to take reasonable steps for the appropriate care of a Cocker Spaniel on or before last August 31.

The 30-year-old, of Grey Street, pleaded guilty to both offences.

He was disqualified under the Animal Welfare Act from keeping any animals for five years or from having any involvement in the care of animals.

Magistrates ordered him to carry out a total of 100 hours unpaid work, plus pay costs of £400 and a victim surcharge of £90.

RSPCA inspector Lorna Campbell was sent to the property on August 31 and was invited into the house by James Baimbridge to see the dogs, which she found were both scratching furiously due to a severe flea infestation.

She was shown Pippa, a German Shepherd female, who she described as “almost completely bald with fur loss and was extremely underweight with her pelvic bones, spine and ribs clearly visible”. (pictured above)

Lorna added: “Pippa was crying as she was scratching and her shoulder was bleeding from self trauma. Her nails were very long and curling to the sides.”

She was also shown Ollie, a red Cocker Spaniel, who was also underweight and his paws were extremely matted - to such an extent she could now see them. 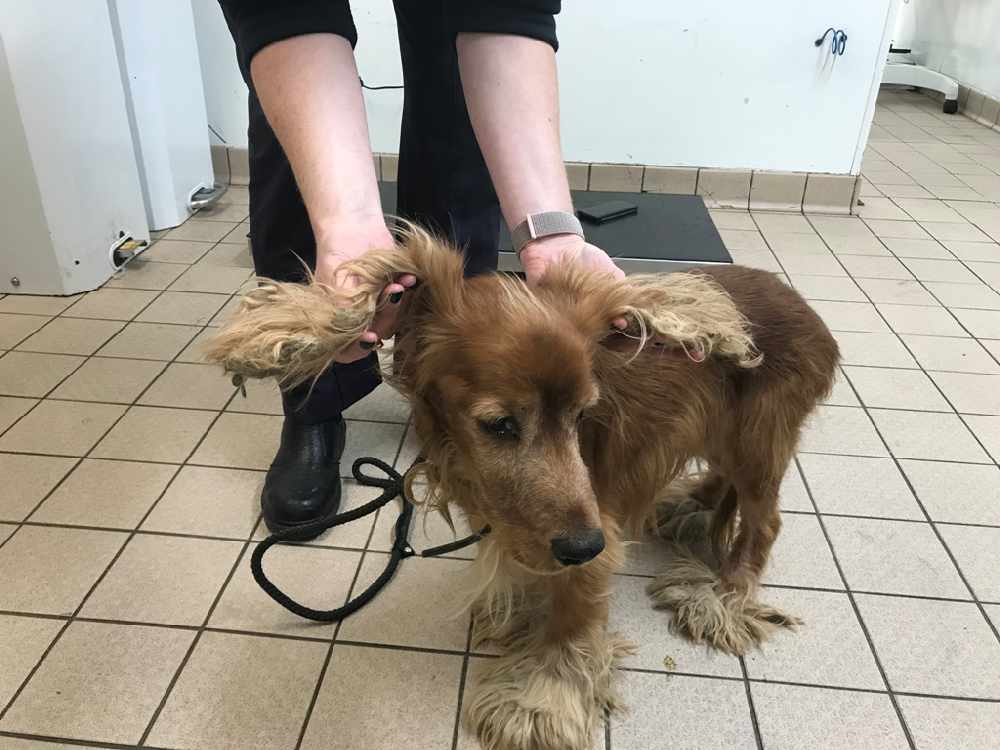 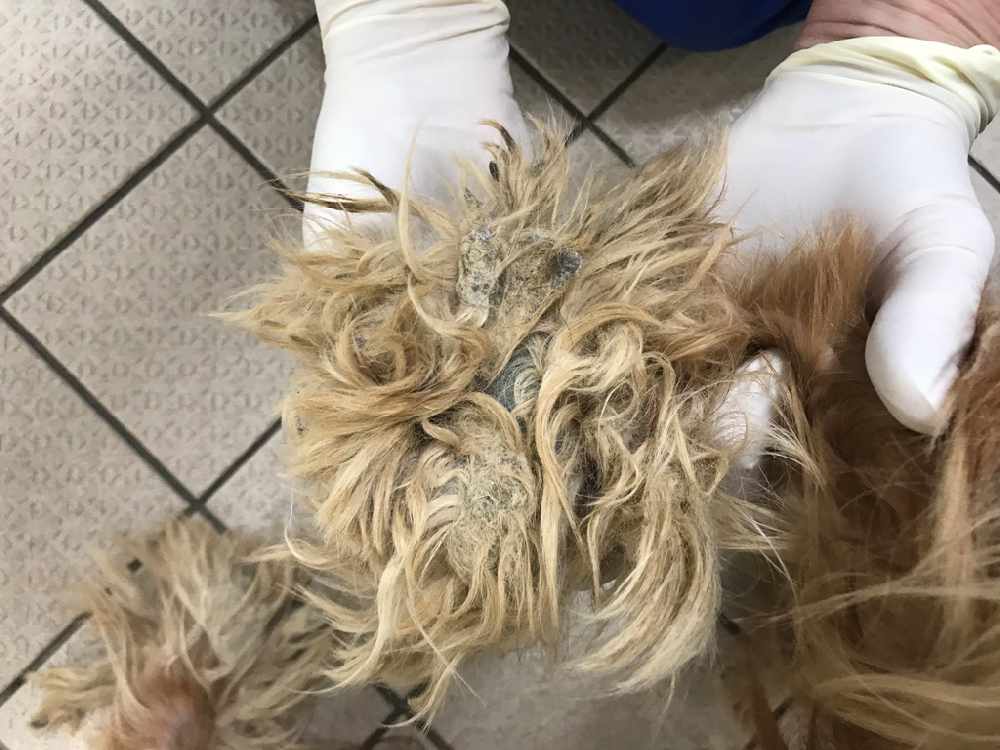 Inspector Campbell asked James Baimbridge if the dogs belonged to him but he said they were owned by his brother John, who lived at the same address.

Pippa was found to weigh just 21.5 kg when an average weight would have been 32 kg and her body condition score was one out of nine - with one being the lowest. Her ribs, spine and hip bones were clearly visible.

She had widespread hair loss across her body due to a chronic skin condition believed to have been caused by an untreated flea infestation which the vet estimated had been ongoing for four months.

While Ollie was found to be underweight, with fur matting around his paws which had meant the claws on one foot had grown around towards the paw pad. The matts were immediately shaved off and his claws were cut.

Both Pippa and Ollie were given immediate pain relief and then ongoing veterinary treatment. They have since gone on to make a full recovery in RSPCA care and have now been re-homed. 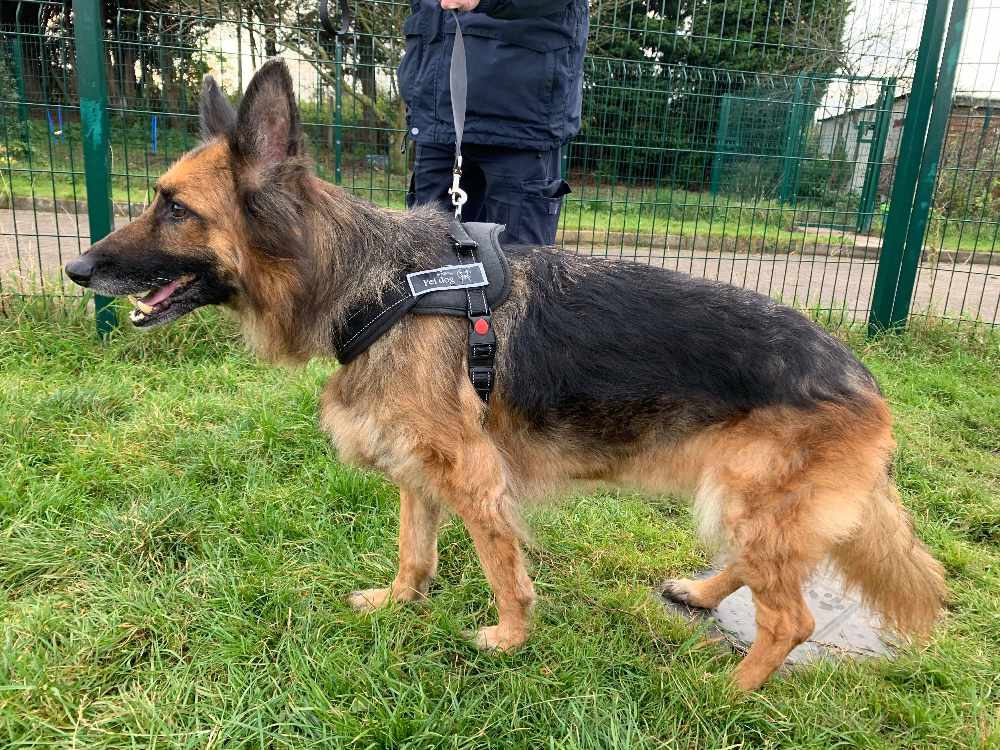 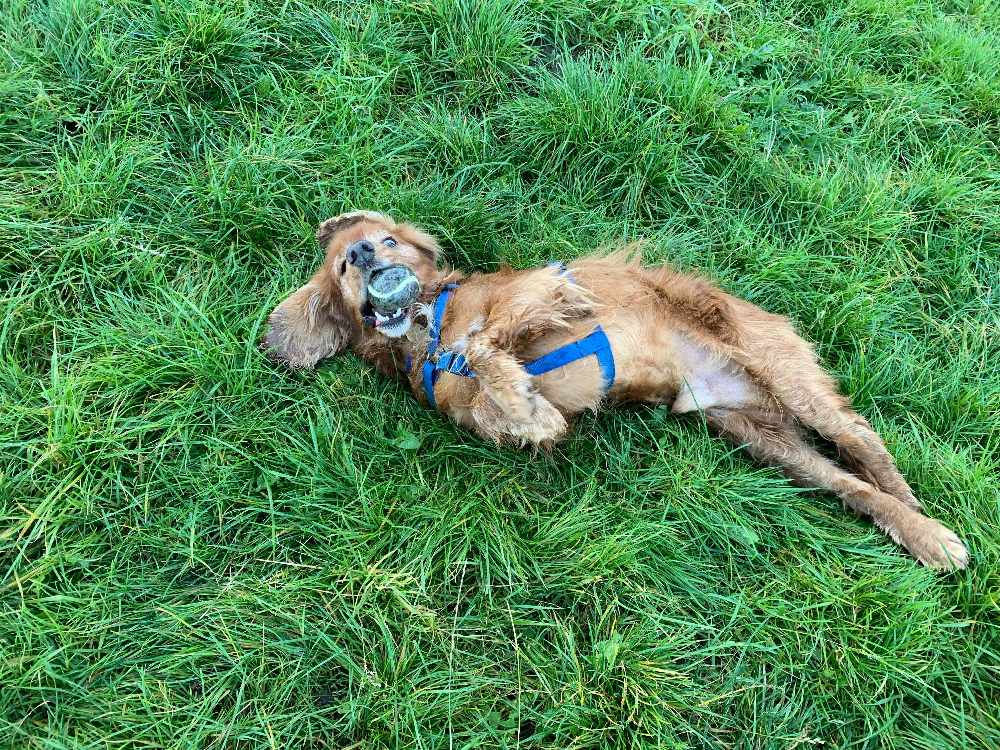 Inspector Campbell said: “When I attended the house Pippa was crying as she was scratching so much she was cutting into her own skin with her nails and had lost almost all her fur. While Ollie was infested with fleas you could see them crawling in his fur.

“Both dogs were clearly underweight but Pippa was area concern as all of her bones were visible.

“I found out that Bainbridge had taken Pippa for vet treatment in May for her skin condition and he was asked to return with her for further treatment but he failed to do so.

“There is never an excuse for failing to meet the needs of an animal and allowing them to get into such a poor condition by either not seeking veterinary treatment or by not feeding them properly.

“In this case both dogs probably lost much of their weight due to burning so many calories constantly scratching.”

The video footage and main image at the top of the page shows Pippa at the house when the RSPCA visited.