Stalybridge girl runs 100km for charity in memory of grandad 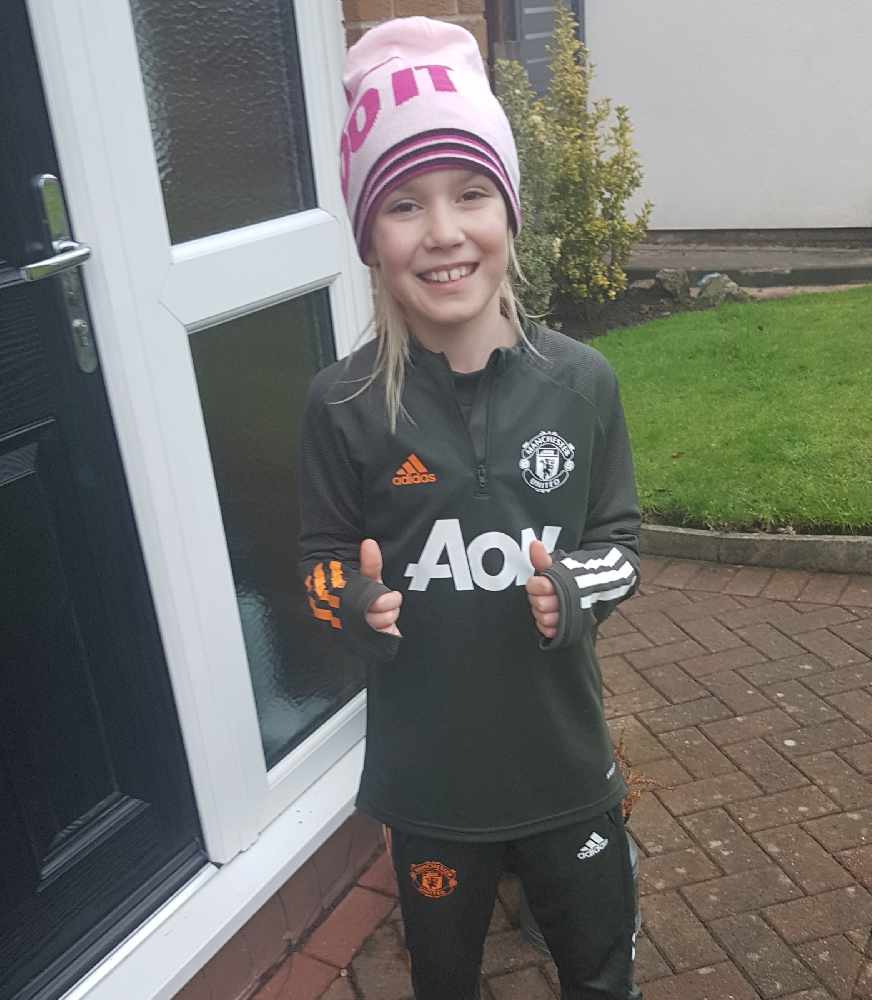 A determined and active Stalybridge youngster has ran 100km to raise money for the Alzheimer's Society in memory of her beloved grandad.

Nine-year-old Eve Warburton (pictured) recently set herself the challenge of running the mammoth distance in honour of her grandad Tommy Fitzgerald, who lived with dementia.

When Tommy sadly passed away on 23 January, she decided to complete the final 75km of the challenge before his funeral on Monday (15 February) as a special tribute.

Eve had a very close relationship with her grandad and bonded over their love of football.

The Stalyhill Juniors pupil, who plays for Manchester United Football Club Under 10 Girls, said: “I took up this challenge for my granddad because I missed sharing all my football achievements with him and I know he would have been very proud of me.

“It was also very difficult for my grandma to look after him and I felt that I need to do something to help them.

“I love keeping very fit and being active and I also love a challenge, so to help other people who are also in this situation I decided to run 100K to help raise money for this great charity, Alzheimer’s Society.”

Eve was accompanied in her challenge by her mum and dad Sarah and Carl Warburton, and was joined at the finish line by her little sister - five-year-old Grace.

Carl said they are immensely proud of Eve, who also plays for Stalybridge Celtic Under 10 Boys Football Club.

“When Eve decided to raise money for Alzheimer’s Society we thought it was a great idea as it was hard to watch Tommy living with dementia and the strain it placed on his wife Jean at times," her dad said.

“Tommy will be remembered as such a cheery man, always happy and smiling.

“He served in the army in his younger years and was a sheet metal fabricator. But his true love was football and he played for Dukinfield Football Club and Ashton United.

“He remained very fit until almost the end of life, and up until about 12 months ago he could still play football in the garden with the girls.”

Tommy, 83, was being cared for at home by his wife Jean but he sadly suffered a bad fall before Christmas and spent the last few weeks of his life in Willow Wood Hospice in Ashton.

“Eve is such a fantastic little girl and we are extremely grateful for all the time and effort the Warburton family have put into raising money for Alzheimer’s Society, particularly at what is such a challenging time for them as a family," she said.

"The coronavirus pandemic has been devastating for families in Greater Manchester. People affected by dementia need us now more than ever, but the pandemic has hit us hard financially, despite an unprecedented demand for our services.

"The money raised by Eve will help Alzheimer’s Society reach and support more people through our vital services, like our Dementia Connect support line, which has been used almost three million times in the UK since March 2020.

"We are in awe of supporters like the Warburtons, whose dedication to fundraising for Alzheimer’s Society ensures that we are able to support those who need it most during this difficult period."

It’s not too late to sponsor Eve. If you would like to do so, head to https://www.justgiving.com/fundraising/evewarburton.