Spirit of Manchester award on show 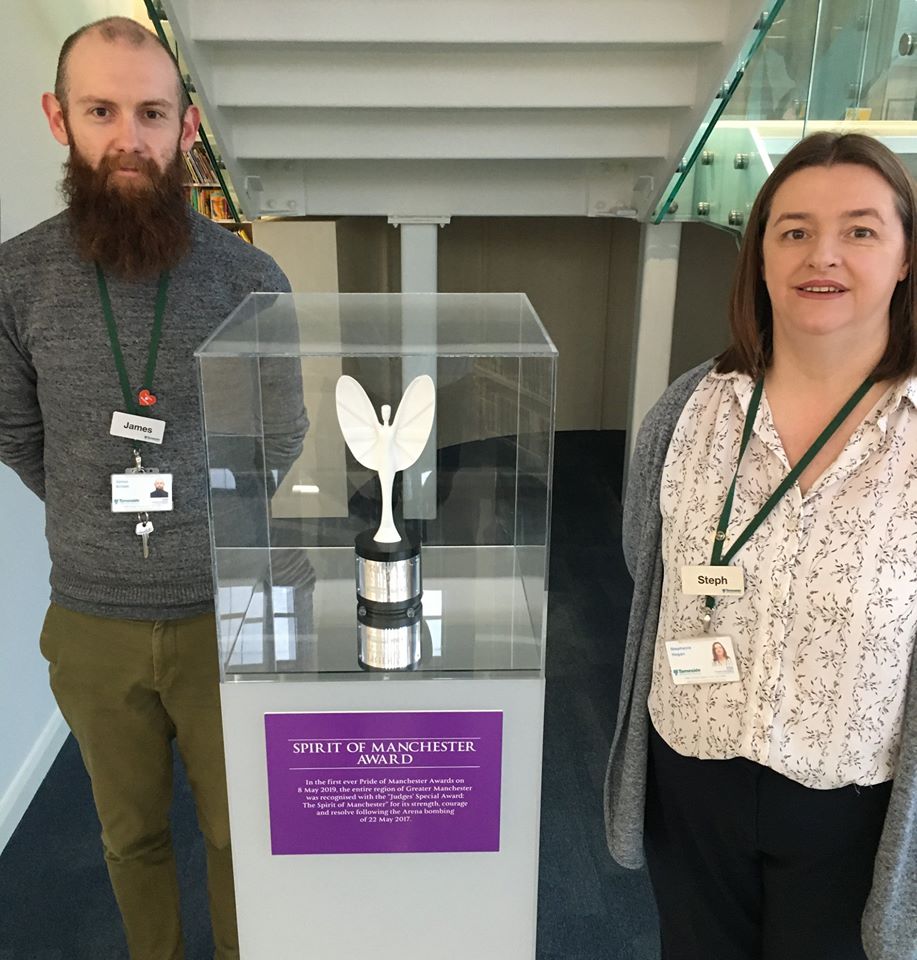 The Spirit of Manchester award, given to the people of Greater Manchester in the wake of the Manchester Arena attack, is now on display at Ashton Library.

It was presented at May’s inaugural Pride of Manchester Awards, in recognition of the region's courage and determination to choose love over hate following the tragic events of May 2017.

The statuette was given to the entire region after the judges found it impossible to select a single winner from the many hundreds of nominations.

Ashton Library will be showing the award until Saturday, January 25.

It is being displayed in libraries as it tours all 10 Greater Manchester boroughs because they offer the best way for people to see it.

Cllr Leanne Feeley, Tameside Council’s executive member for lifelong learning, said: "Even now, almost three years on, the horrors of that awful night remain with us. However, the statuette is proof that good will always triumph over evil.

"In the days after the attack the people of Greater Manchester could have given in to hate, but instead they chose to stand together showing generosity, community spirit and love. The statuette is the embodiment of that decision and I’m proud to have it on display in Tameside."