RSPCA braces itself for 'Summer Surge' in abandonments 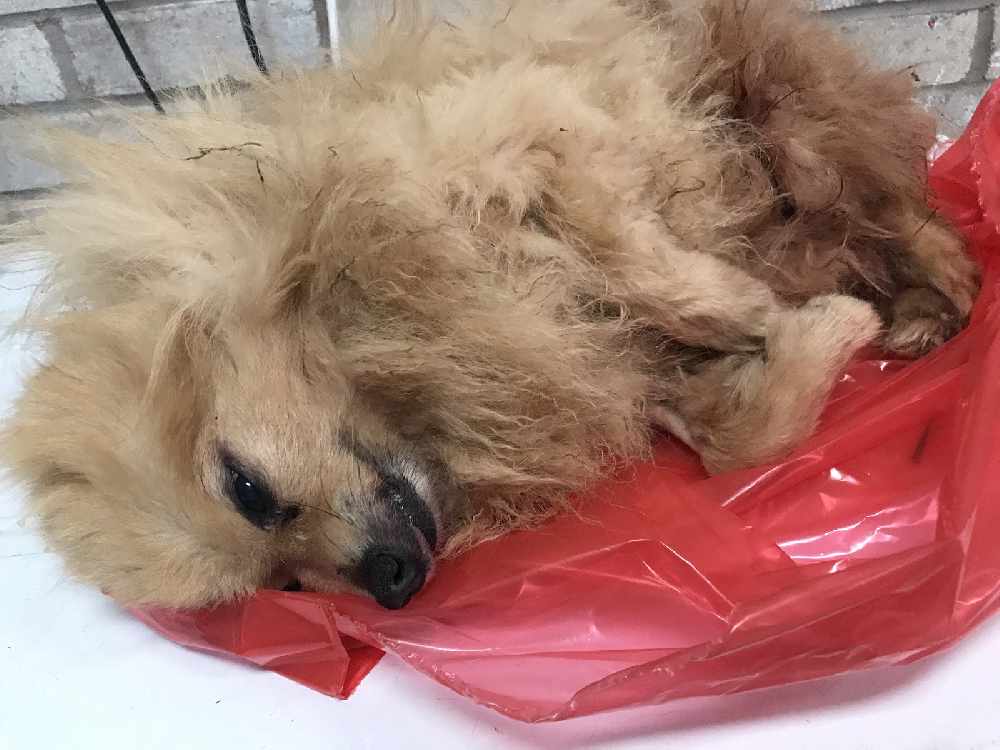 The animal rescue charity fears the impact of COVID and a financial downturn will see owners dumping pets in Greater Manchester.

They received 739 calls in the region last year reporting animals that had been left to fend for themselves - including a young adult male pomeranian-type dog who was found by a walker in a remote field in Sale last summer.

It was in a collapsed state and appeared to have been neglected with matted fur with dried faeces stuck in the fur, when he was discovered on 1 July 2019, in the field off Manor Avenue.

He was taken to vets, but sadly they decided because of the dog’s ill health the kindest thing would be to put him to sleep to end his suffering, but because of his poor condition they suspected the dog had been neglected so reported the matter to the RSPCA.

Inspector Jess Arajo remembers: “I remember this awful incident. The poor little dog was rushed to vets, but sadly they decided because he was so poorly the kindest thing would be to put him to sleep to end his suffering. He wasn’t microchipped and it seemed he had simply been left to die in the field. It was absolutely tragic.”

The RSPCA is braced for an even bigger impact this summer following the easing of lockdown and the financial impact on the coronavirus pandemic, and has launched an emergency appeal to continue its vital rescue work.

Typically, the charity sees abandonment peak in the summer months.

During the three months since lockdown began*, the RSPCA has received reports about 3,492 abandoned animals* - about 40 calls a day - including 1,509 dogs, 1,165 cats, 299 small furries such as hamsters, guinea pigs and ferrets and 275 exotic pets.

Dermot Murphy, head of the RSPCA’s animal rescue teams, said: “During lockdown we’ve seen pets become a source of comfort and support for people and it appears many people have taken on new animals. Fortunately during this time we’ve dealt with fewer abandoned pets however we are worried that as lockdown eases, people return to work, go on holidays or struggle financially we will be facing a massive surge of animal abandonments.

Dermot added: “Sadly summer tends to bring with it a surge in abandoned animals. We don’t know why but  it may be a combination of the warmer weather making people feel less guilty about dumping a pet to fend for themselves and people doing away on holiday  abandoning pets instead of arranging care for them.”

RSPCA rescue teams have been working throughout lockdown after being classified as essential key workers. The numbers of animals being cared for by the RSPCA has risen by more than 1,500 to 5,600** during the pandemic.

Dermot continued: “This is the toughest year yet for the RSPCA despite the huge challenges, our amazing teams have been continuing to rescue animals throughout this crisis.

“I’d urge anyone struggling with their pet to ask for help. Animals have been there to help us through the crisis, please don’t abandon them now.”

What people can do if they’re struggling to care for their pets:

To help the RSPCA continue to rescue animals that have been abandoned this summer, please visit www.rspca.org.uk/abandonments