Robins forced to share the points on opening day 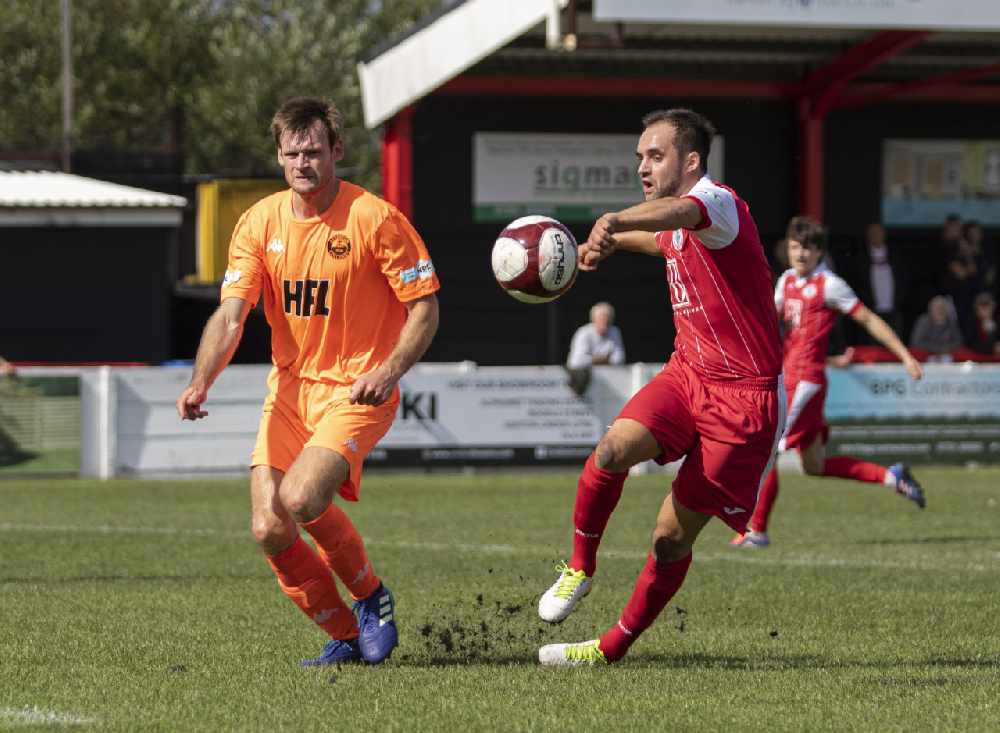 Atherton twice came from behind to take a point from Hurst Cross in a game which only really got going after the interval. The visitors were first to show as Ben Hardcastle’s cross was dummied by Vincent Bailey whose shot was then blocked and five minutes in Liam Tomsett misconnected with Nicky Clee’s first time cross for the Robins.

On 18 minutes John Pritchard won a corner for the home side which saw Sam Sheridan’s delivery come back off the crossbar and earlier Gareth Peet had seen a strong shout for a penalty waved away after he had been brought down by Kyle Harrison.

The second period was only a minute old when a corner was headed back and fell nicely for Sheridan to open Ashton’s account for the season and Josh Wilson’s effort just missed the far post following a mazy run by Tomsett.

Just past the hour and there was a warning for the home defence as Peet’s cross saw Oliver Roberts steady himself before placing his effort wide but two minutes later Clive Smith’s cross from the opposite wing was controlled by sub Brad Lynch who fired it back into the far corner.

With 20 minutes left Ashton were back on the attack and won a corner which saw Sheridan’s delivery go straight into the goal from the left side but four minutes later Lynch ran onto Roberts’ through ball and won a free kick as Jonathan Hunt pushed him over which saw Roberts place his effort into the far corner.

Substitute James Hooper picked up a loose ball and moved infield before firing just wide and Clee hit the side netting after taking Pritchard’s pass in his stride but the game finished in controversial circumstances as Ashton sub Tom Field and Kieran Nolan both saw red following a clash in midfield.

Post match, Robins manager Jody Banim said: “There was a lot right with our performance during that game. If we cut out those mistakes, we win that game comfortably.”