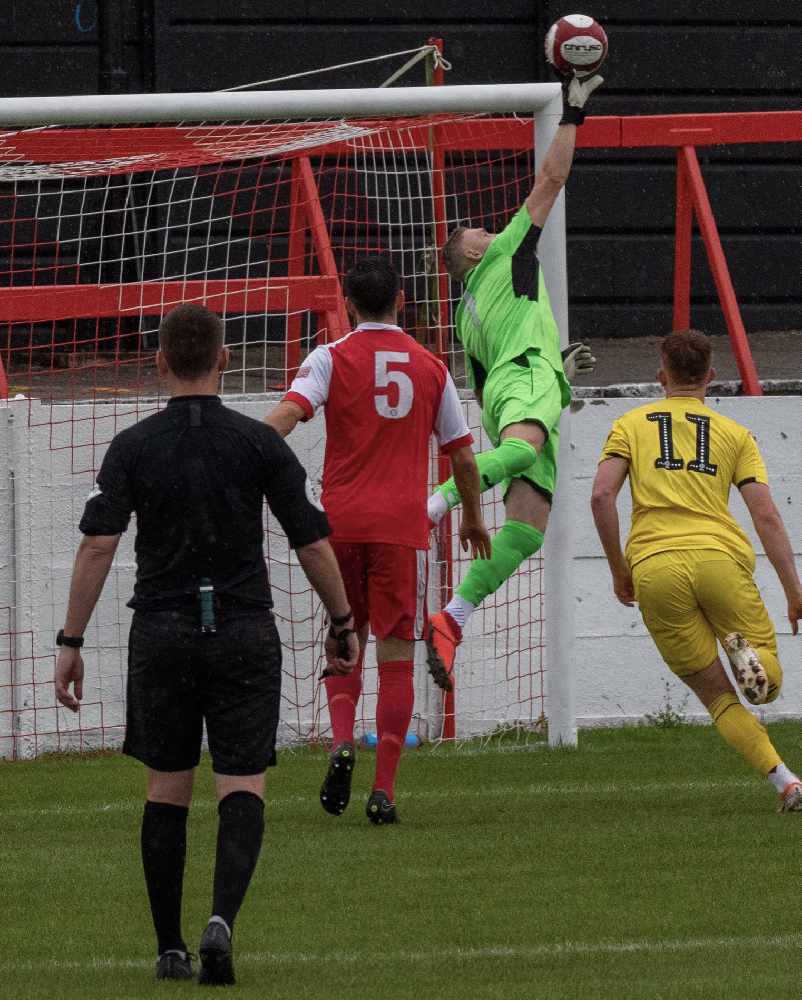 A single strike was enough for first division Fleetwood Town to take the spoils at Hurst Cross.

The winning goal arrived five minutes into the second period as ex-Robin Daniel Mooney picked up a neat through ball from Ged Gardener and rounded Worsnop before firing home.

The hosts had started brightly as Connor Hughes fired a 25 yard effort just past the near post and a trialist made space from Hughes’ pass before firing over. Smith’s effort from a corner was tipped over for the visitors and Worsnop had to be alert to prevent hunt from registering an own goal. Fleetwood then saw Gardener’s shot blocked at the last following a good run by Jones and Mooney almost opened the scoring catching hold of a rasping drive which hit the crossbar.

Following the breakthrough Worsnop was out just in time to deny Saunders on the slick pitch and Gardener made space before seeing his shot deflected for a corner which was hit too high. Liam Tomsett then made a good turn from a throw-in but saw his shot blocked by Sheron and Pritchard was denied by Cotton having picked up Anghel’s wide pass.

The final action saw Rydel’s cross bring a fine reaction save out of Worsnop from O’Halleron’s effort with Fowler putting the rebound against the post.