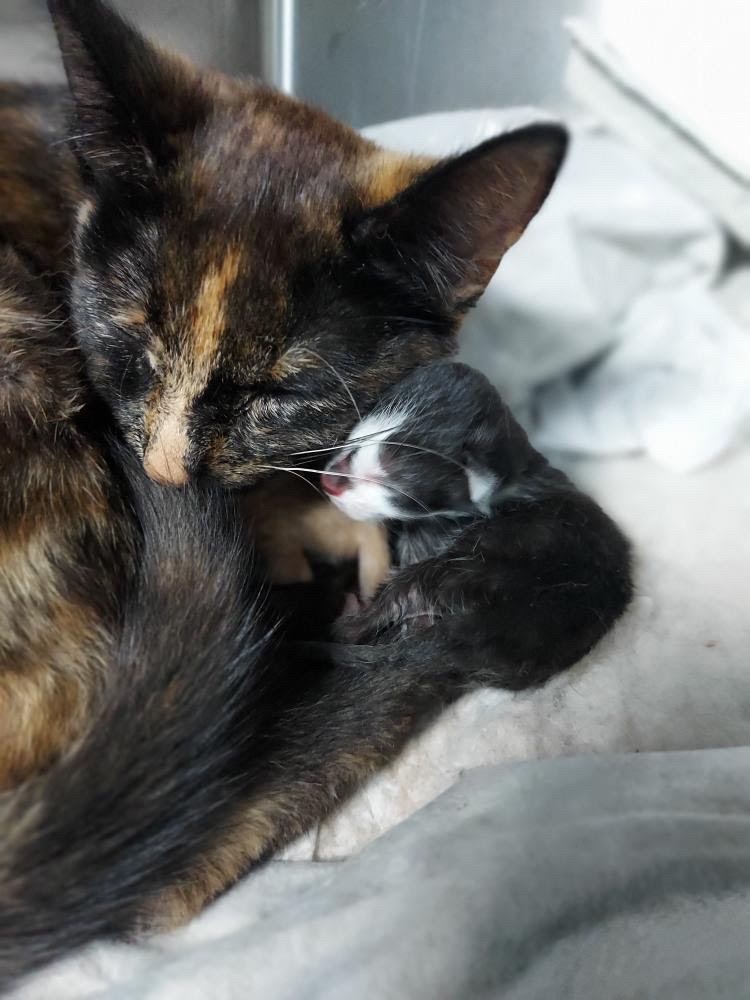 Six month old Jada was discovered by the RSPCA while struggling to give birth in Hyde - but now she has landed on her paws in a new home and even has her own Instagram account.

The young cat was found by a member of the public back in May, and was rescued by Animal Collection Officer (ACO) Jessica Pierce who took her straight to the vets for an emergency c-section.

There she delivered five kittens but sadly three of them passed away. As Jada, formerly known as Ruby, was so tiny herself, she couldn’t give birth naturally and her kittens were very weak.

Jada and her kittens then came into the care of the RSPCA Manchester and Salford branch and luckily, she was able to care for the two surviving kittens and they were later rehomed.

It was then Jada’s turn to land on her paws around three weeks ago when she was rehomed to Gabriella Karlberg and her partner James Litherland in Manchester.

Little was known about Jada’s history or whether she had ever lived in a home before and as she was so nervous around people - the little cat was rehomed as an outdoor cat with plenty of space at Gabriella’s farm where she now lives in her very own treehouse.

Gabriella said: “She’s doing really well, a lot better than I thought she would actually. She’s getting used to me and James already. She will come and snuggle if we tempt her with treats and she will start purring, enjoy some strokes and even give me a little head butt. She absolutely adores our other cat, she will follow him everywhere.”

Gabriella has another rescue cat called Domingo who lives in the house and has helped Jada to become more confident over time.

“She will follow him into the house and she’s even come in by herself but then she did get a bit frightened and scared so we brought her back outside again.” Gabriella explained. “When we first released her into the treehouse we didn’t see her for a few days and I thought that was it, we had lost her, but then all of a sudden she came back.

“She will come and have some food in the morning and sit with us and come back at teatime for some wet food. She’s getting better all the time and will even snuggle up to my feet!

“She’s not the same scared cat she was when she first arrived. We’ve seen a big change in her.”

Jada has also enjoyed newfound fame over on Instagram, under the handle @jadathefarmcat.

But sadly, her story is not unusual - as the UK is facing a cat overpopulation crisis with many cats being born and not enough homes for them. 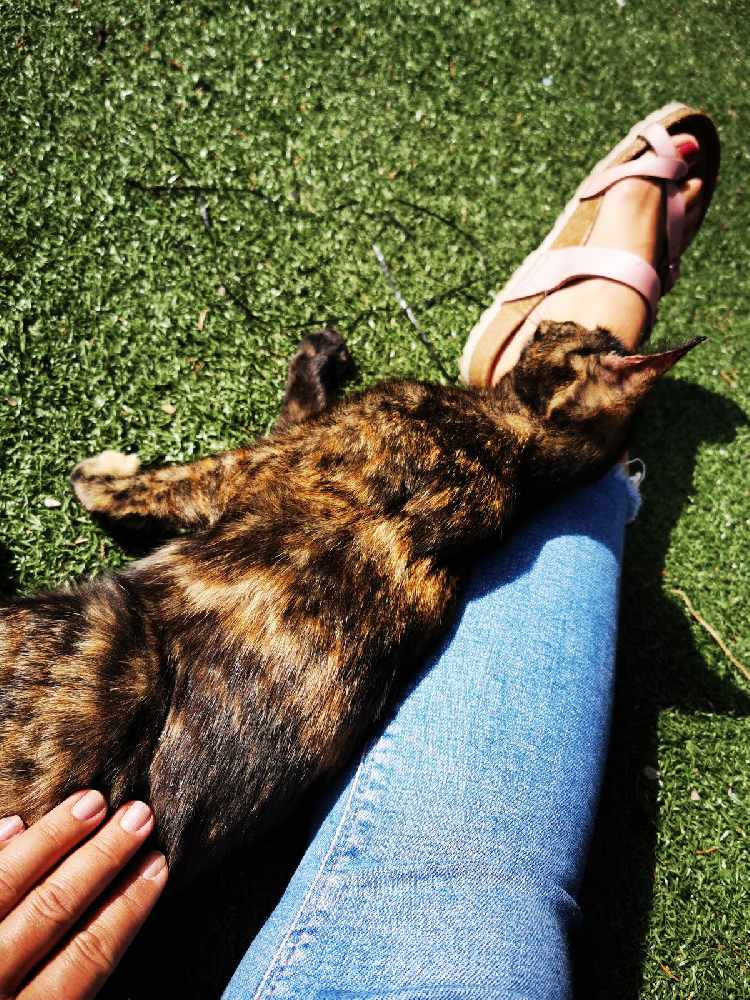 Many people may not realise that cats can get pregnant so young, when they are really just kittens themselves and this is why the RSPCA and other cat and vet organisations believe neutering cats from four months old will help to tackle the cat crisis.

The charity is currently caring for 936 cats (as of 28 June) which is more than any other pet in its care. At this time of year, known as the kitten season, the RSPCA expects to see an influx of cats and kittens coming into rescue centres but with the Coronavirus crisis meaning vets have not been able to carry out routine neutering, the concern is that there will be even more unwanted litters coming through its doors.

For more information on neutering your cat, visit: https://www.rspca.org.uk/adviceandwelfare/pets/cats/health/neutering