Pub where cannabis farm was found has licence suspended 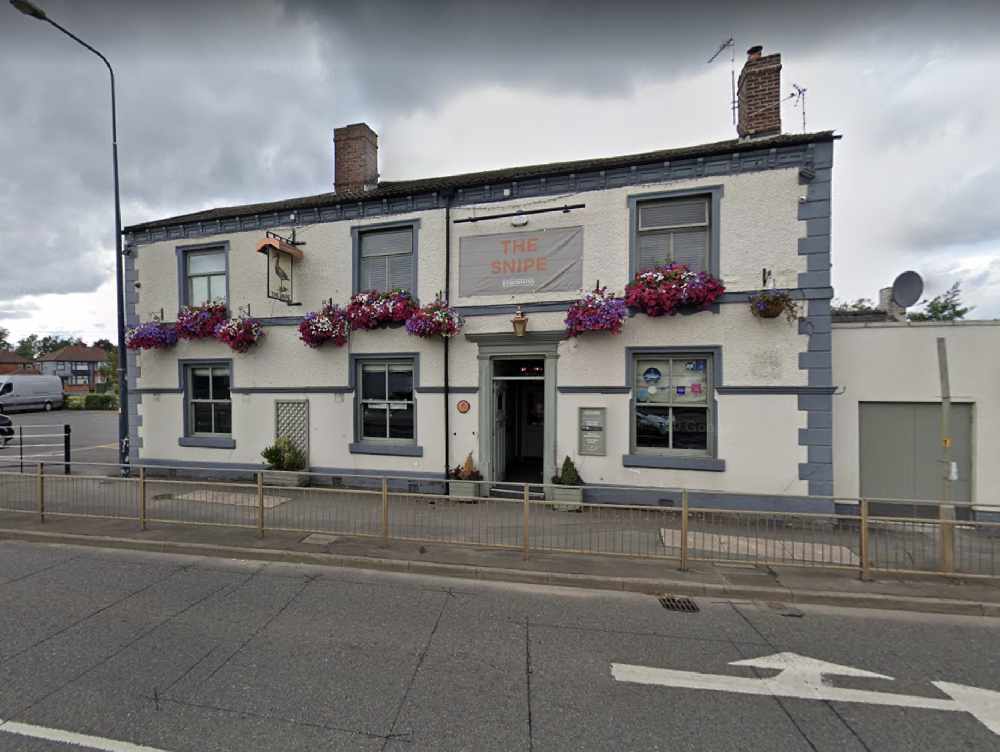 The Snipe Inn in Audenshaw.

An Audenshaw pub where police uncovered a cannabis farm during a raid has had its licence suspended.

Around 10 cannabis plants were seized from The Snipe Inn on Manchester Road during Greater Manchester Police drug busts on Tuesday morning.

Following a request from GMP, an expedited review of the pub’s licence was held in private on Wednesday morning by Tameside Council.

Licensing documents state that at around 6am on Tuesday morning police officers executed search warrants at a ‘number of premises’ linked to the tenant of The Snipe Inn, including the pub itself.

GMP officers found a cannabis farm in the upstairs of the building with ten ‘mature’ plants being grown.

According to the report, the electricity meter had been bypassed and a ‘substantial sum’ of money was seized by police.

The designated premises supervisor of the pub was arrested as part of the raid for being ‘concerned in the production of controlled drugs’, GMP state.

Documents submitted alongside the request for a review show that the drugs raid was just the latest in a series of incidents at the pub.

Concerns over how the premises was being managed, including failures to ensure social distancing and manage the behaviour of customers to prevent the spread of Covid-19, led to a notice being served by the council last October requiring the pub to shut.

It remained closed until April this year.

On June 22 a meeting was convened with the pub’s premises licence holders to discuss two ‘separate crimes’ at The Snipe Inn.

In one incident, police had attended a 999 call to reports of ‘fighting in the beer garden’ of the premises.

“A male was assaulted in an unprovoked assault which turned into a brawl,” the police log states.

A man received an injury to his head during the fight. The report states that CCTV in relation to the incident has been seized by GMP.

Another log report states that officers came across a ‘large fight’ involving ’30 plus people’ and all of those involved ‘refused to engage’.

“A witness to incident later calls the police to state they saw a male involved be purposely hit by a vehicle,” the GMP report states.

The incident has been recorded as a Section 18 for grievous bodily harm with intent. CCTV from the pub has also been seized.

A meeting also took place with pub bosses on June 29, where GMP licensing officer Martin Thorley raised concerns about the recent incidents and that ‘volunteered’ door staff had been removed from the premises.

“Given the results of the search warrant I now have additional concern that this premises will become a focal point for repercussions and reprisals giving rise to further incidents of serious crime and disorder and putting the safety of members of the public at risk,” PC Thorley states.

Speaking at the meeting on Wednesday, chair of the licensing panel, Councillor Dolores Lewis said: “The panel is satisfied that there was clear evidence that for the purposes of Section 53A there had been a serious crime committed on the premises.

“The panel notes the licence holder’s intention to retain the licence going forward, and to work closely with the police to avoid a repetition of recent events.

At the conclusion of the hearing, councillors agreed that the ‘appropriate and proportionate interim steps’ were to suspend the premises licence of The Snipe Inn, pending a full review, and also to remove the DPS from the licence.

In a statement to the Local Democracy Reporting Service, the premises licence holder, Robinsons Brewery, said: “We had no knowledge of any illegal activities at The Snipe and when advised terminated the relationship with our licensee straight away.

“We will continue to work with the police and the local authority over the coming weeks and have no further comment at this time.”