Primary school where 'pupils do not feel safe' slammed by Ofsted 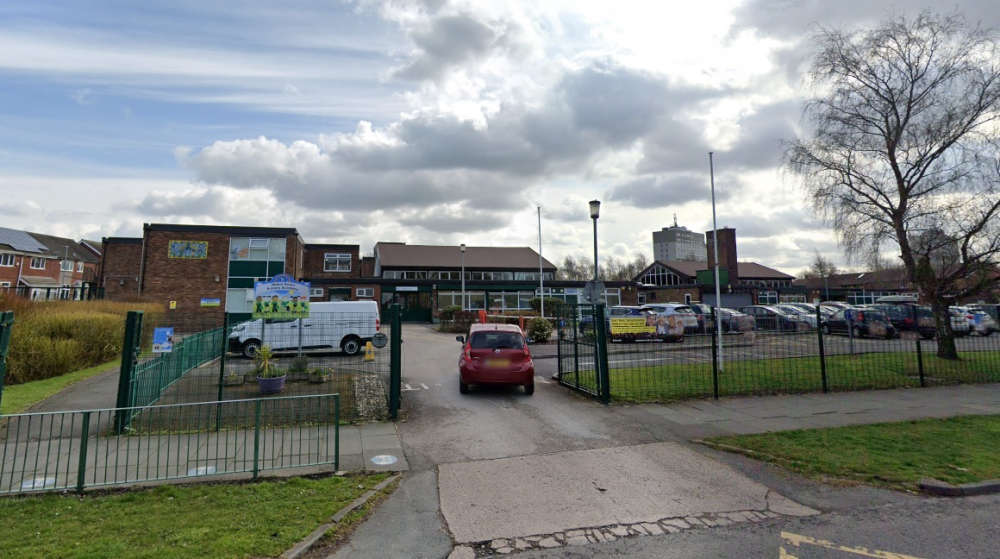 An academy has been slammed by the education watchdog after inspectors found staff and pupils were being 'physically hurt' and were 'worried' to come into school.

Manor Green Primary Academy in Denton has been rated ‘inadequate’ overall by Ofsted, with the report finding serious failings in regards to students’ behaviour and safeguarding.

Following a visit in April, the three-strong inspection team state that leaders allow the ‘violent outbursts of a small but significant number of pupils’ to ‘repeatedly disrupt’ the learning and playtimes of other pupils.

And they state that bullying and name-calling is not dealt with effectively. “As a result, pupils do not feel safe nor are they safe in school,” Ofsted concludes.

The watchdog has advised that the school does not appoint any early career teachers before the next inspection, and recommends the academy requires ‘special measures’.

In a statement to the Local Democracy Reporting Service, a spokesperson for Manor Green said that they did not feel that improvements that have already taken place at the school were ‘fairly reflected in the Ofsted report’.

The school says it has submitted a formal complaint to Ofsted about how the inspection was carried out. However it acknowledges that ‘significant improvements were needed’.

The academy, on Mancunian Road, has 402 pupils on its roll aged from three to 11 and was previously rated ‘good’ in 2017.

Inspectors say the behaviour of children in the upper half of the primary, aged from five to 11 is ‘particularly poor’ and incidents of ‘prejudiced name-calling’ are a ‘common feature’ of the school experience.

While there are safeguarding policies in place, arrangements within the school are ‘poor’, with procedures having ‘little impact’ on the safety and wellbeing of pupils and staff while in the building, Ofsted found.

“This is because staff do not intervene sufficiently well when pupils are at risk of physical or emotional harm as a result of acts of aggression,” the report states.

“Leaders have not ensured that pupils and staff are safe in school. They do not deal with bullying or repeated incidents of violent behaviour effectively.

“Children in the early years typically behave well, but incidents across the rest of the school rapidly escalate.

“This results in other pupils missing out on their learning. Poor behaviour also gets in the way of pupils developing social skills and friendships at break times.

“There are frequent violent outbursts. These incidents cause other pupils and staff to become upset and to worry.

“Re-establishing order takes up large chunks of leaders’ time. This distracts them from focusing on improving the quality of education.

“Staff and pupils are physically hurt or worried about coming to school on a regular basis. Progress in making the much-needed improvements to the school is stymied because staff and leaders are too busy dealing with poor behaviour.”

Ofsted is also critical of the quality of education being provided within the academy. The report states that pupils’ learning about reading ‘remains weak’ across years one to six.

“There is a considerable number of pupils across the school who cannot read accurately or fluently,” inspectors state.

“This is especially true for pupils with SEND (special educational needs and disabilities). These pupils struggle to access the curriculum. They become frustrated or give up trying to learn.

“Leaders’ actions to improve reading have been too slow, despite the fact that pupils’ achievement in reading has been unacceptably low for several years.”

Pupils at Manor Green, which is part of the Focus Academy Trust,  ‘do not benefit from a high-quality education’, the watchdog says.

The watchdog says the curriculum at the school does not meet the needs of all pupils, especially those with SEND and leaders have not ensure that staff are well trained to deliver the curriculum – consequently pupils’ achievement is ‘poor’.

“In key stages one and two, the curriculum is fragmented, disorganised and jumbled,” inspectors state. “Pupils’ learning is adversely affected by these deficiencies in the curriculum.”

Ofsted states that many leaders are ‘new to their roles’, following ‘considerable turmoil in staffing’, and they are still in the process of deciding exactly what they want pupils to know’.

The report states: “Teachers’ checks on what pupils have misunderstood or need to know next are weak. This is because teachers do not know exactly what pupils should be learning.

“Assessment systems are not well designed. As a result, pupils have gaps in their knowledge. Their misconceptions go unchecked. Pupils do not gain the knowledge and skills that they need to be successful. Many pupils are not ready for their next stage of learning.”

Ofsted says that governors and trustees have too readily accepted leaders’ assurances that there is an ‘improving picture at the school’.

“As a result, they underestimate the impact of the weaknesses on pupils’ and staff’s safety and well-being,” inspectors state.

The watchdog states that leaders have ‘recently focused’ on offering a ‘more effective programme of personal development’, increasing the number of extra-curricular activities on offer.

However, inspectors add ‘there is a way to go to ensure that pupils are routinely kind and considerate to others’.

Children in reception year settle quickly into school and benefit from a curriculum that is ‘increasingly meeting their learning needs’. And the focus on wider development is starting to have a ‘positive impact’ on some pupils’s self esteem which is ‘increasing their engagement in learning’, the report states.

“Even so, the provision for personal development does not go far enough in ensuring that pupils understand how to treat each other kindly and with respect,” it adds.

In a statement, a spokesperson for Manor Green Primary Academy said that they had been holding regular meetings with families since October last year and acknowledged that there were ‘some areas of the school which needed addressing’.

However they ‘passionately disagree’ with the overall rating of ‘inadequate’.

The academy said that at a meeting at the end of March families were ‘positive about the changes’ with one parent commenting that ‘school is unrecognisable from last year’.

They had also brought in a new principal, Victoria Saville, this year who had been working to implement changes.

“During the Ofsted inspection, we were pleased to receive some positive, verbal feedback about these improvements, including our procedures and policies for safeguarding, our provision for pupils’ personal development and the good quality of the maths curriculum,” the spokesperson said.

“We have since challenged these omissions and submitted a formal complaint about how the inspection itself was carried out.

“Just over a week before the inspection, an independent safeguarding consultant undertook a safeguarding audit on March 21 and confirmed safeguarding was effective and all children were safe.”

The spokesperson said that the local authority had twice visited the school since the inspection to ensure that children were safe.

They added: “As ever, we place the wellbeing and academic achievement of our children at the heart of all that we do, and we remain committed to working with families, as well as our wider stakeholders, to ensure we are meeting the needs of all children and continue to action our areas for improvement.”

A Tameside council spokesperson said: “While Manor Green Primary is an academy, we are working closely with the school and Focus-Trust to help improve standards as quickly as possible following the school’s disappointing Ofsted rating.

“We have conducted a safeguarding assurance visit and a safeguarding review, with the school and Trust engaging with us throughout, to assure ourselves that children are safe.

“It’s our absolute priority for all our schools to be good or outstanding so that children can get the best education possible. In Tameside, 94 pc of our primary schools are rated good or outstanding, up from 89 per cent in September.”