Pride of Manchester award for a very special little girl 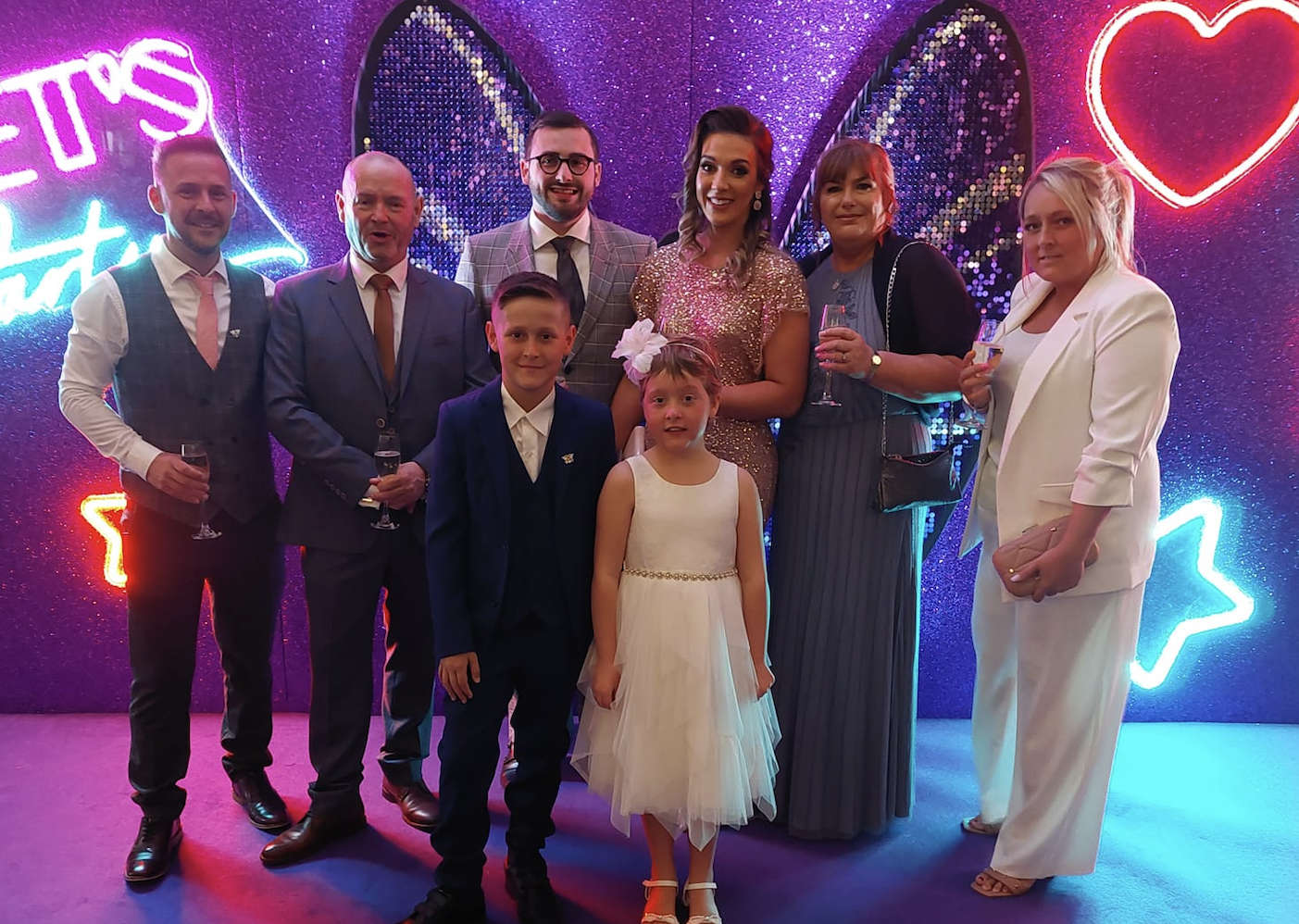 The Sykes family alongside the Malone family.

Showing immense bravery and never failing to make those around her smile, PixieBelle Sykes has been awarded a prestigious Pride of Manchester award.

An incredibly determined little girl, PixieBelle from Ashton has endured four brain operations, gruelling chemotherapy treatment and even lost sight in one of her eyes.

Diagnosed with a rare tumour behind the eye in 2018 aged just 5, she faced weeks of chemotherapy before having an adverse reaction to the drugs. Now, she is part of a small group of people worldwide who will benefit from a new experimental treatment.

Despite all this hardship, PixieBelle has never lost her smile. The youngster, along with her supportive family and local community, has raised invaluable funds to give back to those that cared for her.

Realising her admirable amount of strength, PixieBelle was beyond excited to be named Child of Courage at the Pride of Manchester awards.

Heading down to the exclusive event, the young superstar was able to walk up the red carpet and feel the spotlight shining upon her. 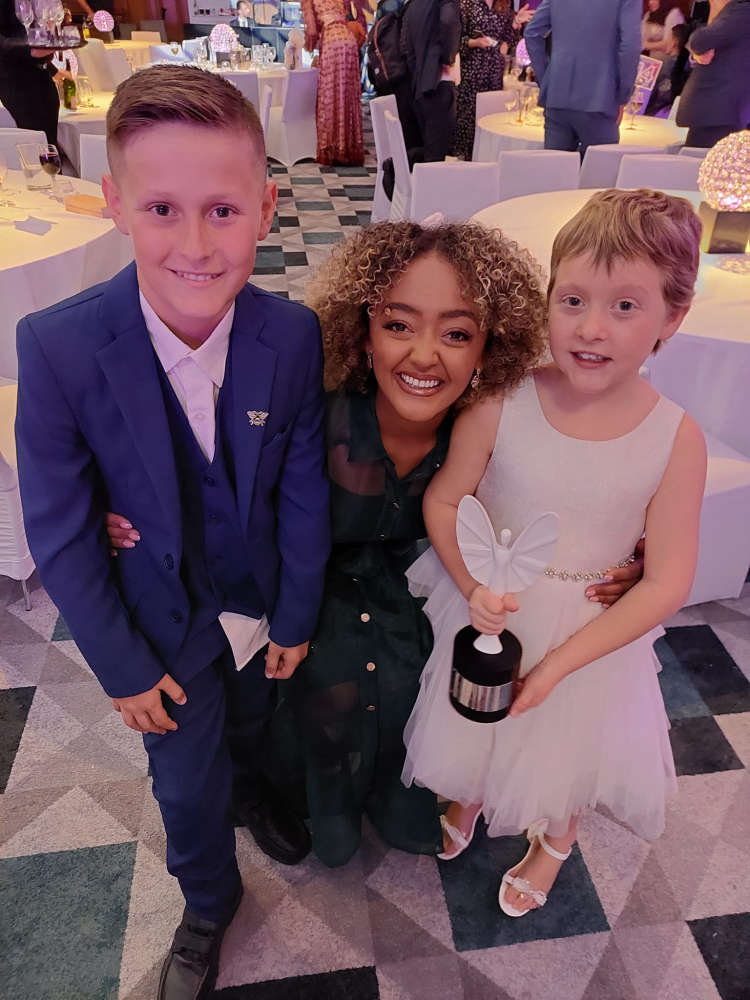 Speaking on their experience after the event, PixieBelle’s dad, Andy Sykes says the awards were ‘amazing’.

“The red carpet was a good chance for us to step back and watch her get all the attention from photographers and other media correspondents.

“The evening itself was very emotional, watching our video tape for the first time brought tears to her eyes.”

Zac, her loving older brother, even went to the stage and told the room how proud he is of his little sister, an act which made his parents, Katie and Andy, so proud.

The Pride of Manchester awards attracts numerous famous faces every year, and PixieBelle loved meeting some of Manchester’s most influential figures. She particularly enjoyed spending time with the Malone family from Gogglebox.

PixieBelle’s award was given to her by none other than Hits radio presenter Fleur East and Blue Peter’s Richie Driss. TV stars and vocal artists had PixieBelle starstruck, but dad Andy says he loved meeting the amazing Lucy Meacock and Gamal Fahnbulleh of ITV Granada. 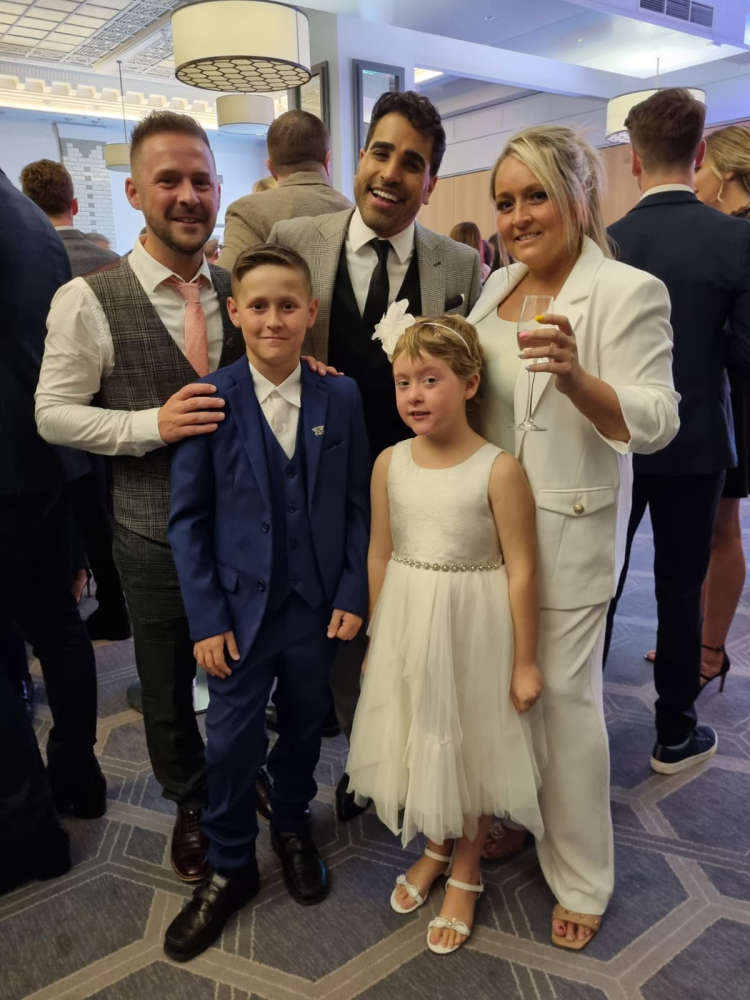 Attending the ceremony on Tuesday (10 May) evening, PixieBelle was quick to rush to school on Wednesday and show off her award to her classmates.

The Sykes family thoroughly enjoyed their time at the Pride of Manchester awards. Continuing to make the whole of Tameside proud, PixieBelle carries her infectious smile wherever she goes, spreading positivity across the borough.

Andy Sykes says they have been looked after amazingly by the Pride of Manchester team.

“Award ceremonies like this that recognises the everyday people are really important and can help to inspire others. They show the rest of us that it’s not just bad news out there.”

Pixiebelle astonished doctors with her determination after battling her way through more than three years of chemotherapy for a rare brain tumour.