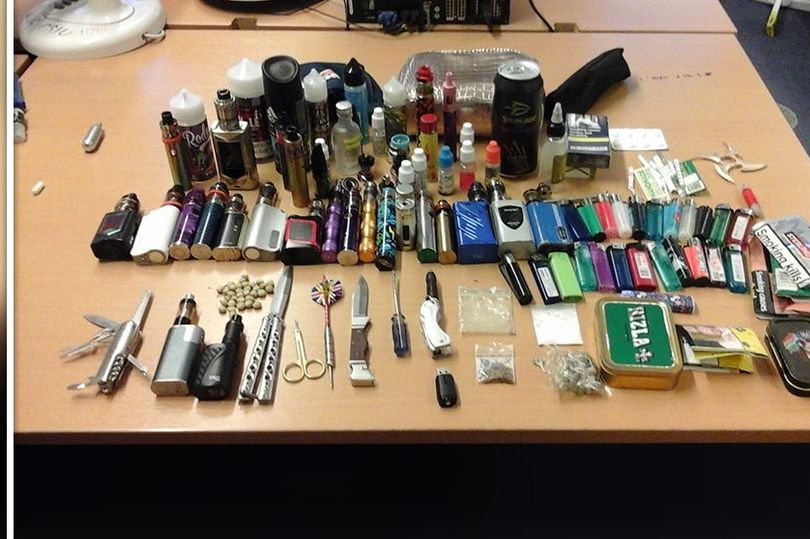 Police have revealed a disturbing hoard of items which have been confiscated at schools across Tameside.

Among the potentially dangerous items taken from students include knives, BB guns, cannabis and vodka.

Nitrous oxide - otherwise known as laughing gas - a 'ninja' throwing star, unknown pills, and various tobacco and vaping products were also among the collection amassed by headteachers over the last 18 months.

The items were taken from kids by teachers during school hours and have been handed over to police during recent visits to three of the borough's high schools, as part of the Safer Schools Partnership. 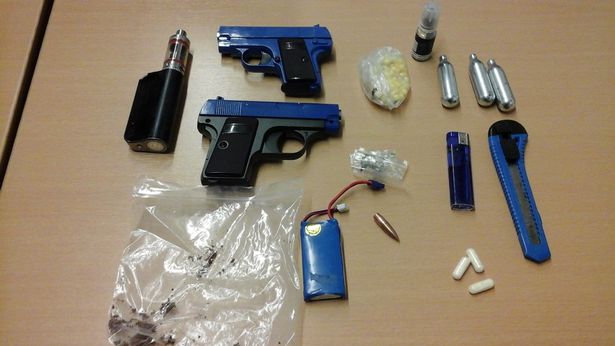 Inspector Rob Stapleton, the Safer Schools Lead in Tameside, praised the work done by both his officers and teachers to help keep pupils safe.

He also warned of the potential dangers of carrying a weapon, as well as the devastating impact it can have on a community, especially at a time where knife crime is prevalent.

"Every item has a consequence which in the main would be an adverse effect on the child carrying it either physically or via the criminal justice system.

"We want to ask parents, do you know what is in your child's school bag?" 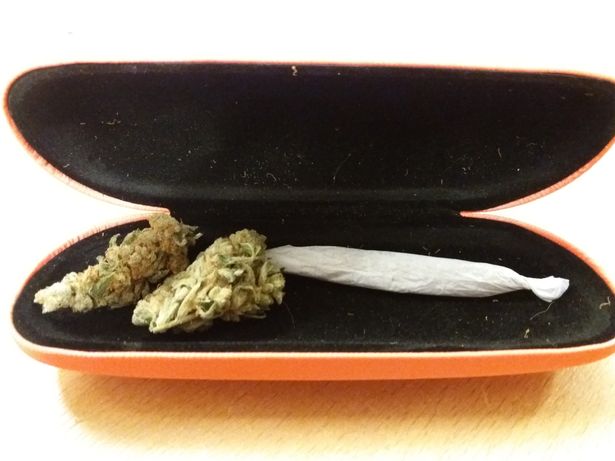 Anyone with information, or parents who are concerned their child may be carrying potentially items, is asked to contact police on 101.

Schools are able to contact officers directly via the Safer Schools Partnership.