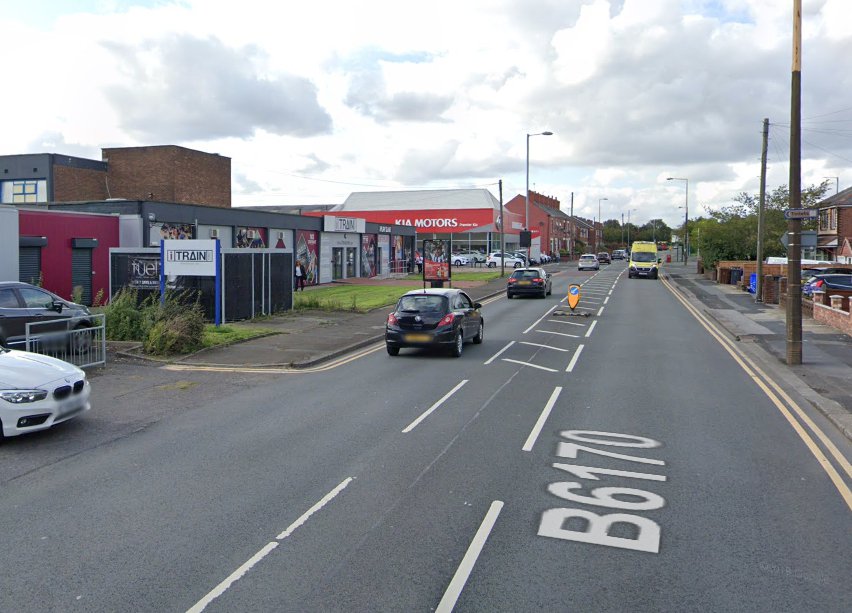 Police believe that the machete attack outside a Dukinfield gym, which left a man in his 30s needing hospital surgery for several serious injuries, was an isolated incident.

Emergency services rushed to Birch Lane at around 7.15pm on Wednesday evening (28 April) in response to reports of an assault, understood to have happened in the car park of the Active iTrain.

The victim received serious head, neck and back injuries - including a small part of his scalp being sliced off - after being attacked by three other men. One of them was armed with a machete.

He was taken to Manchester Royal Infirmary, where he underwent successful surgery overnight, and has no critical or life-threatening injuries.

A large police cordon was in place for several hours as a result of the incident, which is being investigated by detectives.

'We don't think there's a wider threat to public harm'

Lee Broadstock, Chief Inspector of neighbourhoods in Tameside, told Tameside Radio on Thursday afternoon that there is believed to be no wider threat to the public.

He said: "There is always going to be community concerns when there is a crime scene because it does require a large police turnout and other emergency services to attend.

"We have looked at the initial investigation and spoken to the victim. It does seem to be an isolated incident. There is no wider community concern and there isn’t a rogue group of men going out randomly attacking people. We believe this was a targeted and isolated incident.

"We don’t feel there is any current threat to the wider public. It’s being fully investigated by our criminal investigation detectives and we are looking at understanding what the background to this assault was.

"The victim is not known to police and we don’t think there’s a wider threat to public harm."

Enquiries are ongoing and police are appealing for witnesses to come forward by calling 0161 856 9262.

Reports can also be made anonymously to the independent charity Crimestoppers on 0800 555 111 or via the Greater Manchester Police website, www.gmp.police.uk quoting reference 2516 of 28/04/2021.