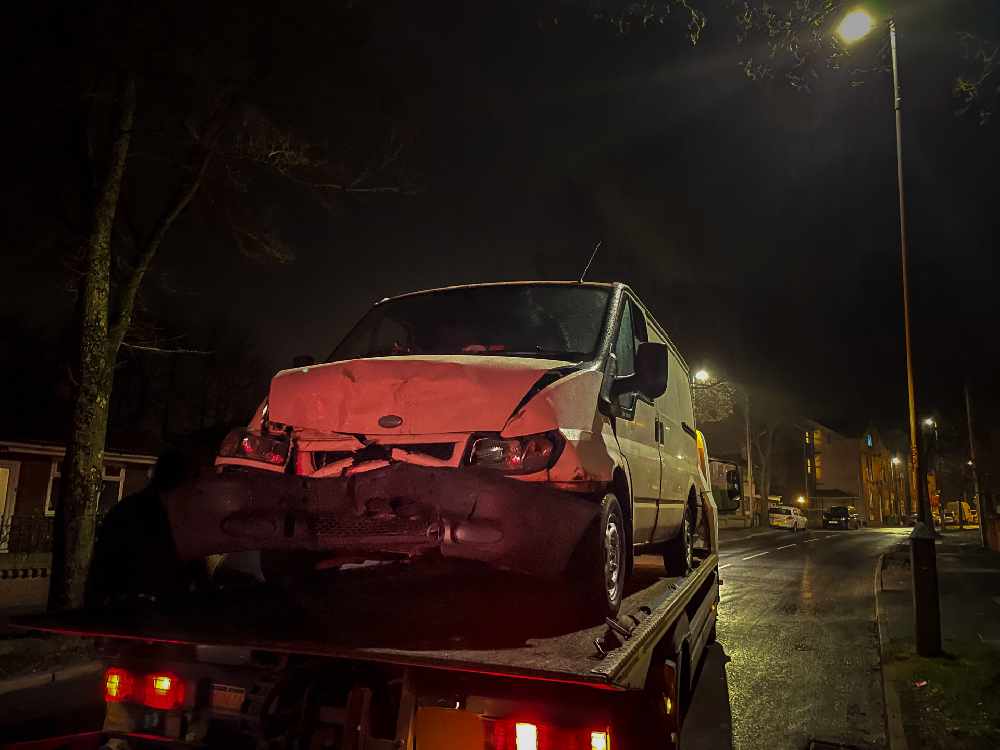 A driver who tried to flee after crashing his van in Ashton was caught by 'eagle-eyed' police officers and arrested.

Greater Manchester Police's Tameside North and East team were called to reports of a road traffic collision on Broadoak Road in the Ashton Hurst area on Saturday night (20 February).

The driver had "made off from his van" which had crashed into a vehicle parked at the side of the road, police said.

Whilst awaiting recovery, 'eagle-eyed' PCSOs noticed a man walking past the scene which matched the description given to them by witnesses.

They stopped the man and he was arrested under suspicion of driving whilst unfit due to drink or drugs.